No, we are not exaggerating. For, the past year has seen Honor and OnePlus lock horns time and again in the Indian market. The market shares might not hint at a close battle yet, but when it comes to perception, Honor has bravely gone where not too many brands in India have gone before – in OnePlus territory. The launch of the OnePlus 5 was followed by the launch of the Honor 8 Pro, which was in the same price range and offered a similar spec sheet. Came the OnePlus 5T, and Honor came out with the View 10. So when the Honor 10 was launched just before the OnePlus 6, we cannot say we were surprised. 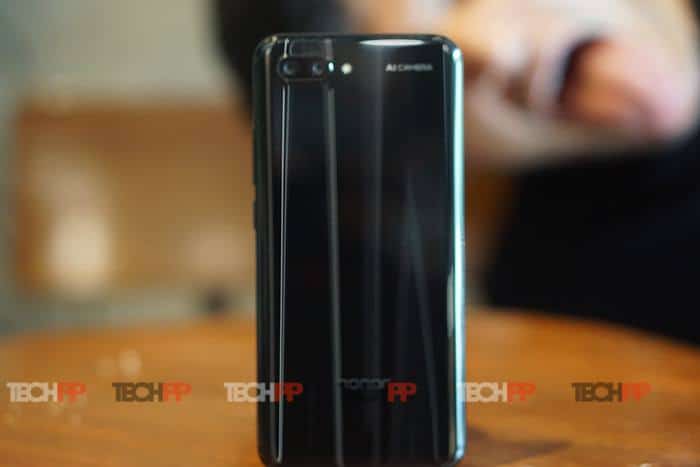 And just as those two worthies gave the Never Settlers something to think about, so too does the Honor 10. In some ways, it is a bit of an odd proposition. In Europe, the Honor 10 is priced at 399 Euros, which is well below the 499 Euro launch price of the View 10. However, in India, the Honor 10 comes at a higher price tag (Rs 32,999) as against the V10, which is priced at Rs 29,999. It does not make it any less a contender for the budget flagship crown that the OnePlus currently wears, but it also puts it in the rather odd position of looking over its shoulder at its own sibling.

Lots of style and a fair bit of substance

Which is a bit of a pity, because the Honor 10 is quite a proposition in its own right. It is easily one of the best-looking phones we have seen this year, as we remarked in our first cut of the device. And while big-screen fanatics might frown at the relatively small 5.84-inch display, it does score over the View 10 in coming with a notch and is also very compact indeed. This is one phone that many people will be able to use one-handed. The fact that the fingerprint scanner below the display is absolutely flush with the display (“Ultrasonic under glass fingerprint scanner”) will make you wonder if it exists at all, as the entire has a clean smooth look, barring the camera unit at the back which just juts out a little. And of course, there is the back, which creates patterns on the back by reflecting light, thanks to what Honor calls the Aurora glass design. It is most striking in the Aurora Blue edition but take it from us, looks very good in the Dark Night black edition as well. Yes, it suffers from the sins of glass back devices – it is a smudge and stain magnet and can feel slippery- but there is no denying that the Honor 10 is a very handsome, hand-friendly device. We would have loved water and dust resistance, but then no one is perfect. 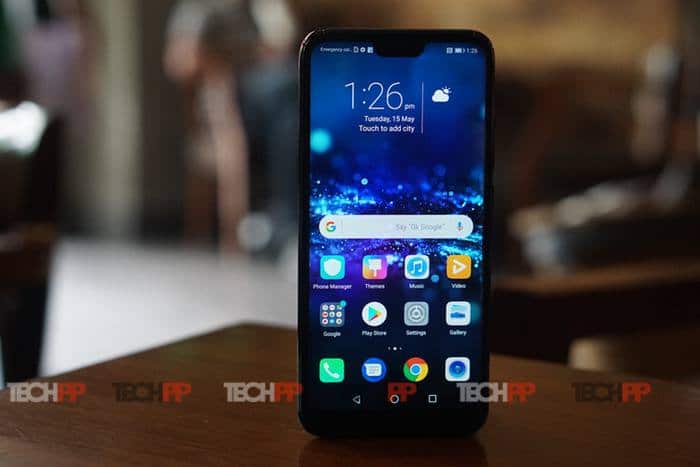 Beneath that beauty is some hardware that is very good but will not seem unfamiliar. The display is a full HD+ affair with a 2280 x 1080 resolution, thanks to that notch. And beating under the hood is a combination that is a carbon copy of that found on two other devices, the Honor View 10 and the Huawei P20 Pro – a HiSilicon Kirin 970 chip paired with 128 GB storage (non-expandable) and 6 GB RAM. Some might find this odd considering that the View 10 and Honor 10 taken together cost lesser than the P20 Pro, but then the Huawei device is a very different kettle of fish in terms of camera (that Leica angle, remember), design, display, and battery, so there might be reason for that premium. But that is a different story. Returning to the Honor 10, the phone packs in some very heavy megapixel count in the camera department, with a 16.0-megapixel (f/1.8) main sensor and a 24 megapixel (f/2.0) monochrome secondary one, and a 24.0-megapixel front-facing camera as well. There is no Leica connection here, but Honor claims there is a lot of AI at work in the cameras, letting them identify hundreds of scenes and adjust the setting accordingly. There is a 3400 mAh battery inside the phone, with support for fast charging (despite not packing the 5V 4.5A supercharger like in Europe, it can get charged to half its capacity in less than half an hour). That apart, there is Dual 4G, GPS, NFC, Bluetooth, InfraRed blaster and Dual-band Wi-Fi on the connectivity front. All this topped off with Android 8.1 with Honor’s elaborate EMUI 8.1 on top of it. 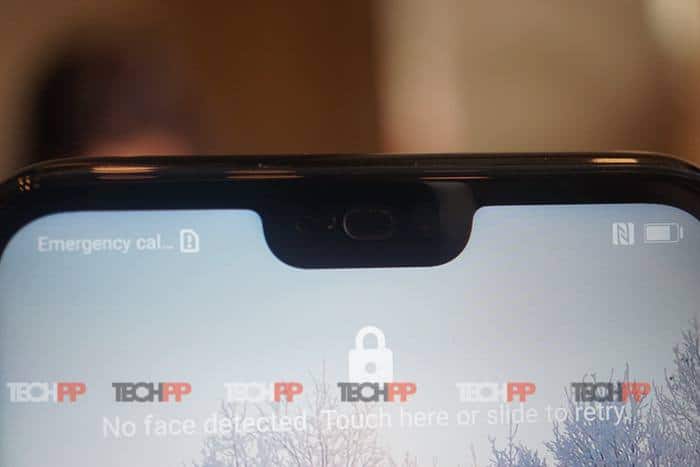 And it all works very well indeed. In terms of general smoothness, we would put the Honor 10 slightly ahead of the View 10 – we do not know whether it is the newer version of EMUI flavored Android or just better hardware-software integration, but the device worked very smoothly indeed, and just had a better feel to it in terms of UI. In this regard, we would like to stress the importance of the form factor – remember how comfortable the iPhone X and the Pixel 2 felt simply because one could comfortably slot them into one’s pocket and operate them with one hand most of the time? The Honor 10 slots right alongside them in that regard. It is compact, relatively lightweight and thanks to that design, you actually WANT to take the device out to use it.

You also want to use the Honor 10 because it handles everything you throw at it with a degree of ease – the Kirin 970 chip is the same that we have seen on the super high-end Huawei P20 Pro, and just as in that worthy, it turns in a great performance here, handling games and multiple apps with ease. The display is very good in terms of brightness and color rendition, and while the AMOLED crowd will scream for “rich blacks” (such love for absence of light), we were more than content with what we saw on the Honor 10 – if you love games and videos, this display will not disappoint you, although the absence of stereo sound is a bit of a disappointment. Sound over headphones is very good but the loudspeaker is not the loudest, although the sound quality is decent. And while on the subject of games and multitasking, the device will handle pretty much everything you throw at it. 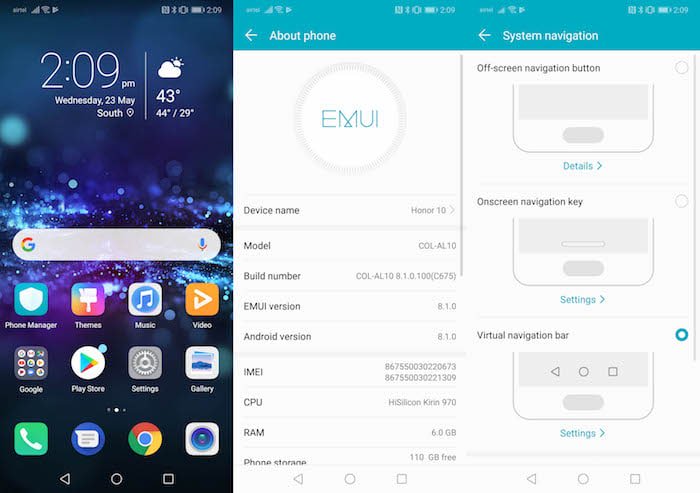 We know EMUI is very divisive, as any non-Android UI is, but we are beginning to develop a soft corner for it in our hearts, not least because of how smoothly it works, and the fact that it is increasingly shedding bloatware. That said, the settings menu can still be a little complex with the option for disabling the three touch navigation buttons on the base of the display and replacing them with gestures comes in the “System” section. If you are the type that likes playing around with the settings on your phone, the Honor 10 will not be to your liking, really. Getting your fingerprint registered with the fingerprint scanner also can be a little painful, as it takes a fair amount of time. Once done, however, it works smoothly. Face unlock on the other hand is easy to set up and works impressively well – it did not unlock our phone when our eyes were closed, which is praiseworthy (lessons for the OnePlus 6 here!).

Battery life is decent but nothing to rave about – the 3400 mAh battery will see off a day of use, but do not expect it to go beyond that. Call quality and network reception, however, is superb – we actually got network in a few areas where other phones refused to detect any. 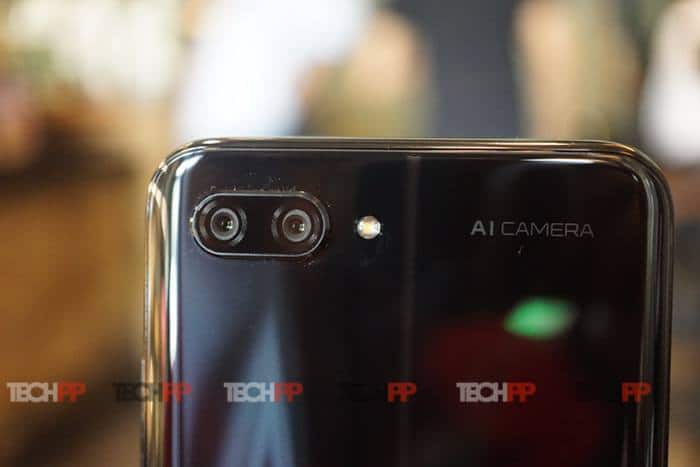 We had said in our first cut that a lot of the Honor 10’s fate would depend on its cameras. Cameras have been the forte of Huawei and Honor’s devices of late, and well, there are plenty of camera smarts to play around with the Honor 10 as well, even though we must confess to being disappointed at the absence of optical image stabilization. Both front and back camera not only offer portrait mode, but also Portrait Lighting. And honestly, it is not a bad effort – we got some very good snaps from both cameras using stage lighting. Then there is the AI angle, which Honor claims identify different scenes and tweaks the camera’s settings accordingly. It did seem to identify scenes and settings, but the tweaking did not really seem to help image quality too much – the focus seemed to be on brightening images up, often to the point of being completely and utterly unrealistic. It got so predictable that after a while, we turned off the AI option and went with normal mode. And got some very good pictures too, with more realistic colors and a decent amount of detail.

Note: Click here to go to the Flickr Album which houses full resolution versions of the samples below 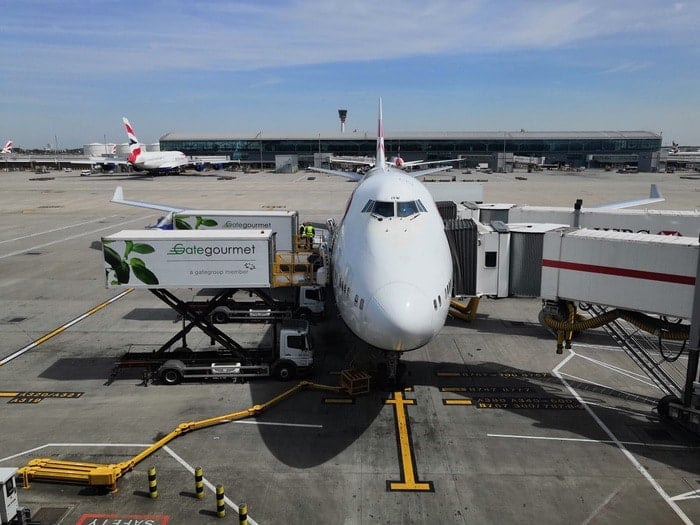 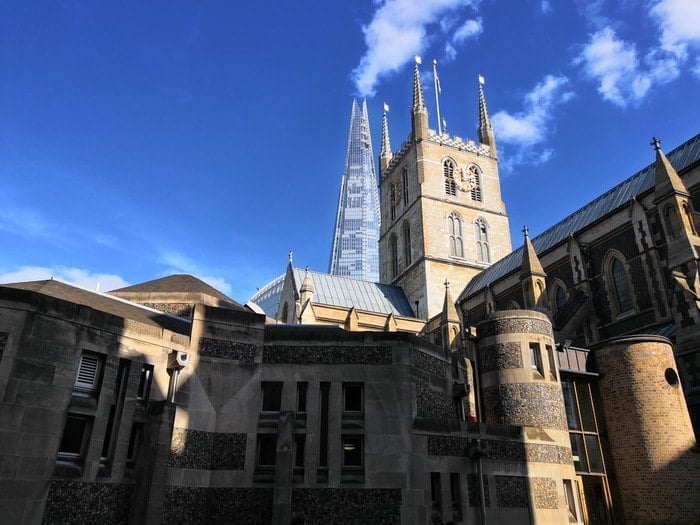 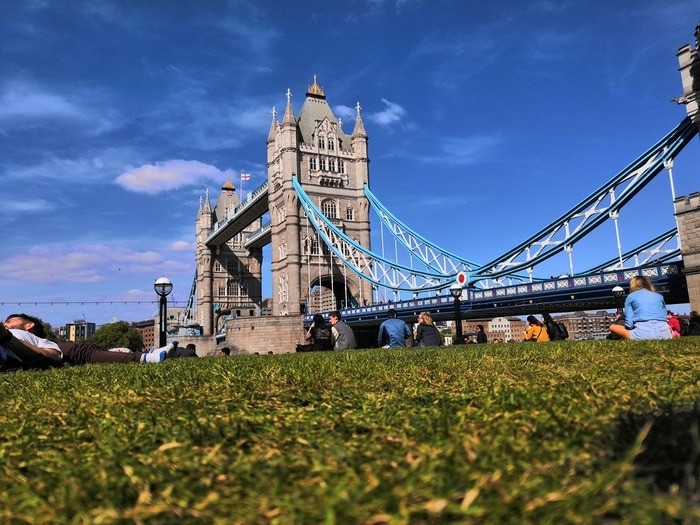 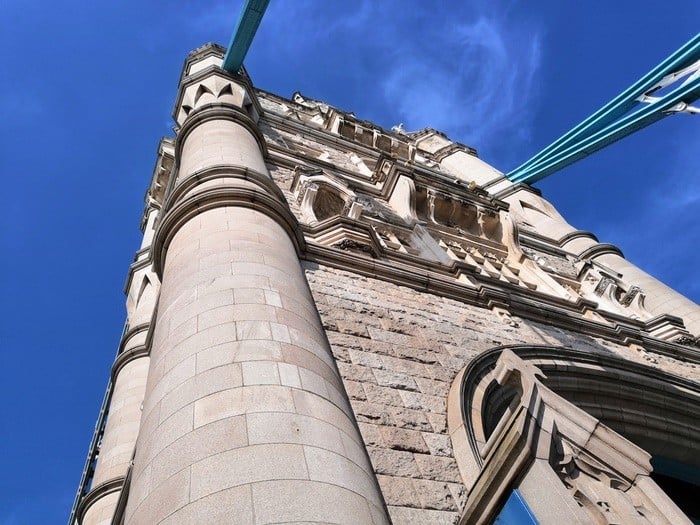 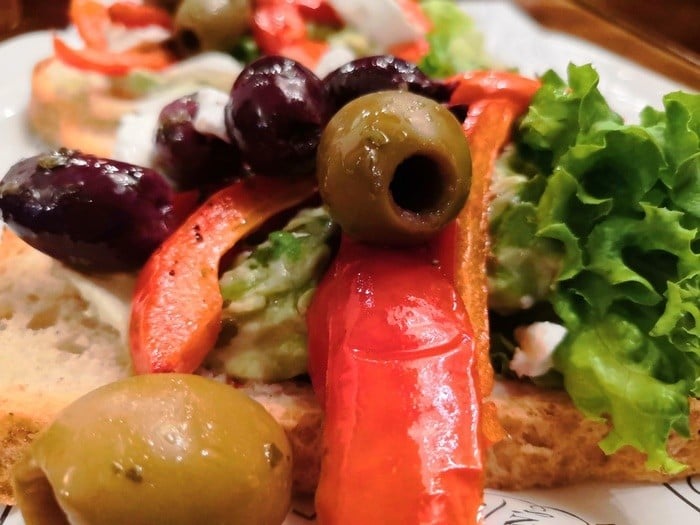 The Honor View 10 had come with a very good dual camera set up on the back and the one on the Honor 10 seems to improve on it – with AI turned off, saturation was not an issue and colors were relatively realistic. We did expect a bit more detail, but more often than not, the results were very good indeed. Even low light performance was surprisingly decent, with colors and details reasonably well captured. Perhaps it is the one setting where we would recommend leaving the AI mode on, as it highlights different light conditions in the night quite brilliantly (if a tad unrealistically at times). No, it does not quite match the gold standard laid down by the Pixel 2 XL but then not many do. Round that off with a monochrome mode which takes black and white photographs using the 20-megapixel monochrome sensor as well as a feature-rich Pro mode, and we would say it goes toe to toe in the photography department with the device it is supposed to take on, the OnePlus 6, which is not at all a bad place to be. 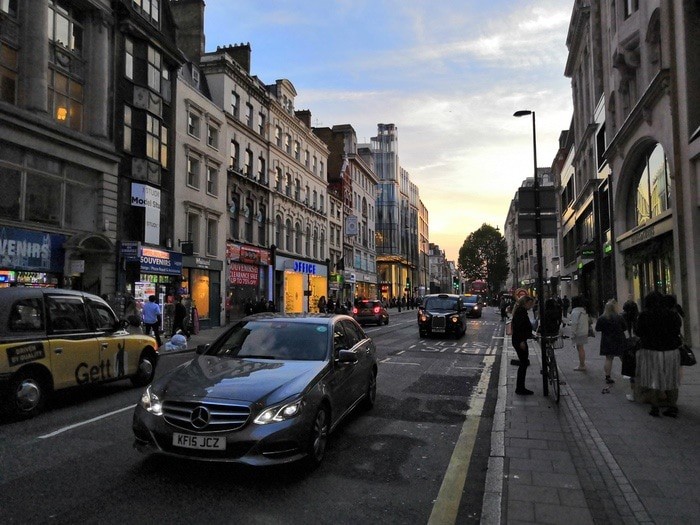 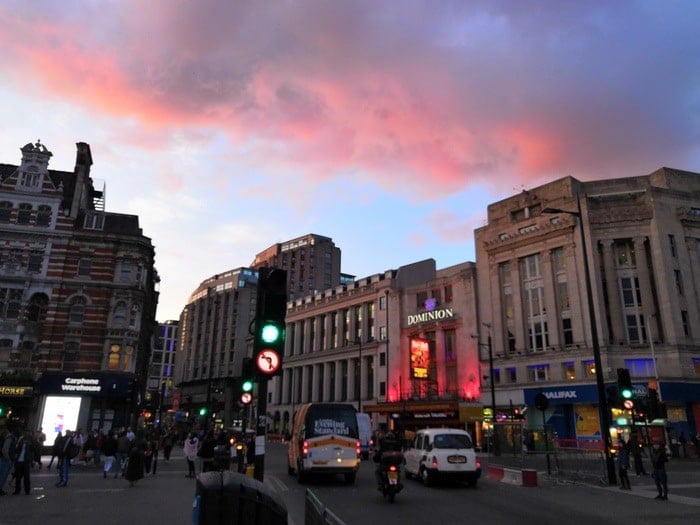 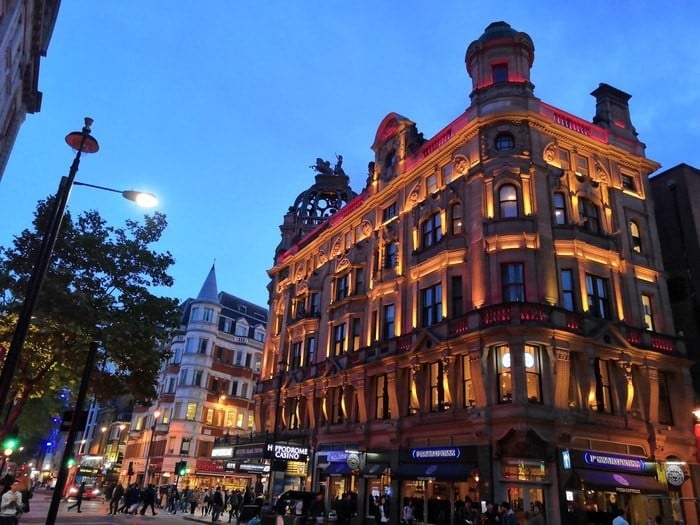 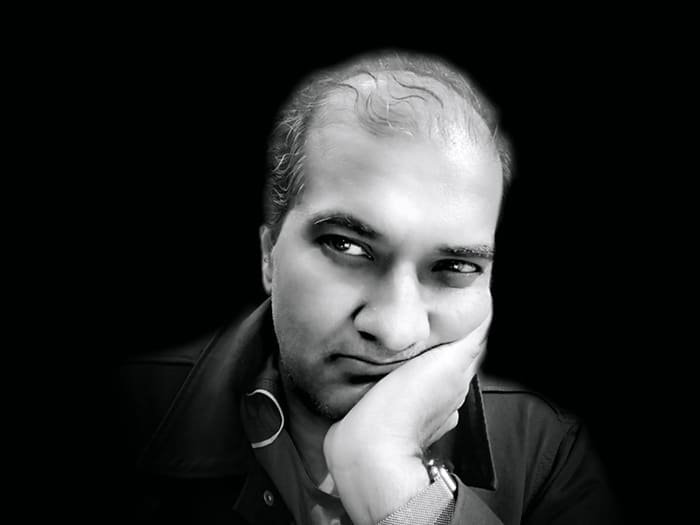 Video quality itself is very good though, and the phone supports 4K video recording, although slow-motion peaks off at 120 FPS, which might seem a tad on the lower side in these days of 960 fps. A small note of concern: the phone heats up a little near the camera unit if you use it heavily. Nothing alarming but the change in temperature is noticeable. 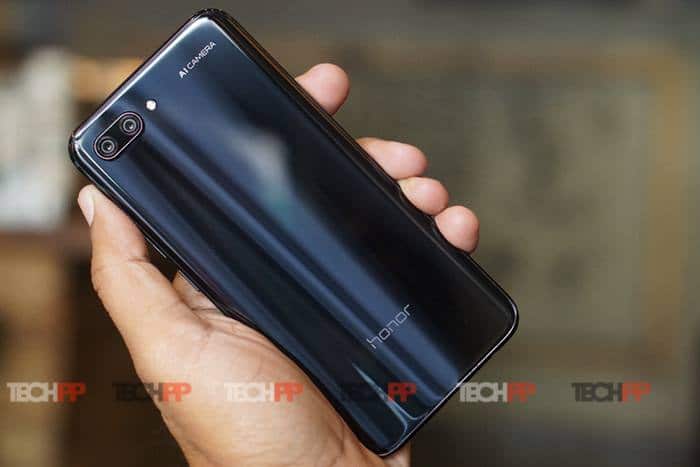 At Rs 32,999 in India, the Honor 10 finds itself going up against some very stiff competition. Of course, the most obvious one(plus) is the Never Settler, the OnePlus 6, which comes with a bigger AMOLED display and a newer processor, the Snapdragon 845, and starts at Rs 34,999. There are others too – Xiaomi has slashed the price of its near bezel-less Mi Mix 2 which comes with a Qualcomm Snapdragon 835 chip with 6 GB RAM and 128 GB storage to Rs 29,999; and rather interestingly, there is also the Honor View 10, which is priced at Rs 29,999, and comes with a bigger display (minus a notch too) and a larger battery as well. The Honor 10 does not do badly in comparison to any of these worthies but neither does it wipe the floor with them. The one department where it does score heavily over any competition is in its very distinct and classy design and compact form factor. And we really think that is its strongest suit – this is a great phone for anyone who wants near flagship-level performance in a compact, good-looking frame. A lot of unusual style with a fair bit of usual substance – that’s the Honor 10 in a nutshell. Performance freaks might frown at the 2017 processor and the absence of OIS in the cameras, but many others will be too busy marveling at how easily it fits most palms and playing around with the numerous camera options.

And of course, noticing the way light plays over that glass back.