Xiaomi’s foray into the laptop market began with the launch of a couple of MacBook lookalikes running on Windows with minimal design and variants ranging from a budget oriented Mi Notebook Air to the top-end Mi Notebook Pro. Though the notebooks were launched only in the Chinese market, they turned out to be pretty successful, thanks to the inspiration in design from a tech giant, and also an aggressive price tag. They’re back at it again, this time around, with the 2nd iteration of the Mi Notebook Pro. 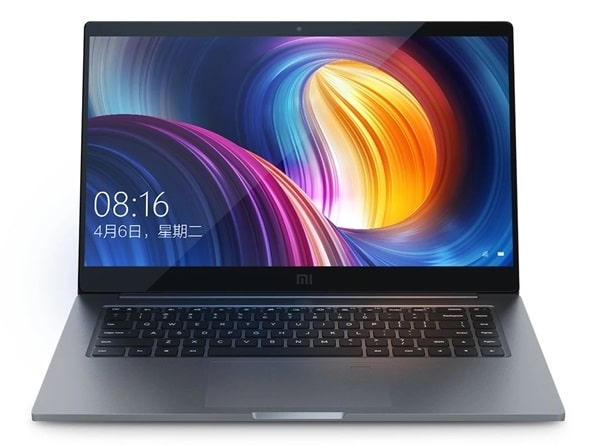 The new Mi Notebook Pro houses a 15.6-inch Full HD display with a claimed 170-degree viewing angles and brightness levels of up to 300 nits. The dimensions of the body are 360.7 x 243.6 x 15.9mm and it weighs around the 1.95kg mark. XIaomi continues the near bezel-less design for the display and a huge trackpad below the keyboard.

What powers the Mi Notebook Pro is Intel’s new 8th Generation Core i5-8250U CPU coupled with the GeForce MX150 GPU (2GB DDR5), 8GB of RAM and a 256GB PCIe SSD. The notebook also sports a fingerprint scanner. We wonder why the Chinese company hasn’t announced the i7 variant of the Mi Notebook Pro.

Coming to the ports on the Mi Notebook Pro, there are two USB Type-C ports, a USB A 3.0 port, a 3.5mm audio jack, as well as a full-sized HDMI port.

The new generation Mi Notebook Pro is priced at 5599 Yuan ($870 or INR 59,000) and will go on sale in Mainland China from the 1st of June 2018, just a day after the company launches the Mi8 and Mi Band 3. When will Xiaomi debut its Notebook lineup in India? Our guess is as good as yours!