WhatsApp is today rolling out a new beta update for Android users which includes one of the messaging app’s critical steps towards curbing the spread of fake news and spam on its platform. Now, whenever someone forwards you a message, the app will add a label called “Forwarded” to the chat’s entry. 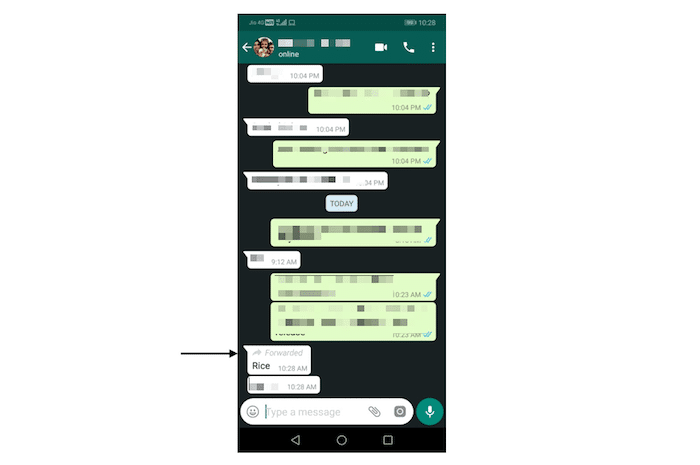 The version number for this WhatsApp beta update is 2.18.179. Apart from the addition of that label, the release is otherwise a minor one. It’ll be a few weeks at least before the company begins seeding this out to every one of its users and platforms. If you’d like to try it today, there are two ways you can do that on Android — either sign up for the beta channel and update the app or sideload the APK file which you can download from here. Of course, users can still copy-paste messages between chats. But yeah, it will prevent bulk forwarding which happens quite a lot especially in countries like India. I also wish the company brings the ability to mute messages like these, at least the ones which have been forwarded ‘X’ number of times.

WhatsApp has been lately on an update spree. Only recently, the company added a slew of features for improving the group experience. In addition to that, the beta channel on Android also received the ability to hide WhatsApp media from the native gallery app. The Facebook-owned messaging behemoth is planning to bring a bunch of more anti-spam features in the coming weeks as well. One of these will warn you against messages which have been forwarded way too many times on the platform. Another significant addition WhatsApp will be making is peer-to-peer payments. However, as per reports, the global rollout for that has been delayed for a few months.

Was this article helpful?
YesNo
TechPP is supported by our audience. We may earn affiliate commissions from buying links on this site.
Read Next
What Is WhatsApp Call Link? How to Create a WhatsApp Call Link
#WhatsApp