Xiaomi has been ticking off those boxes over the past few months as it consolidates its position as the numero uno in the Indian smartphone market. To someone relatively disconnected from the smartphone market, this would seem business as usual. After all, these are the very steps that most companies follow to push their products and services in the Indian market. 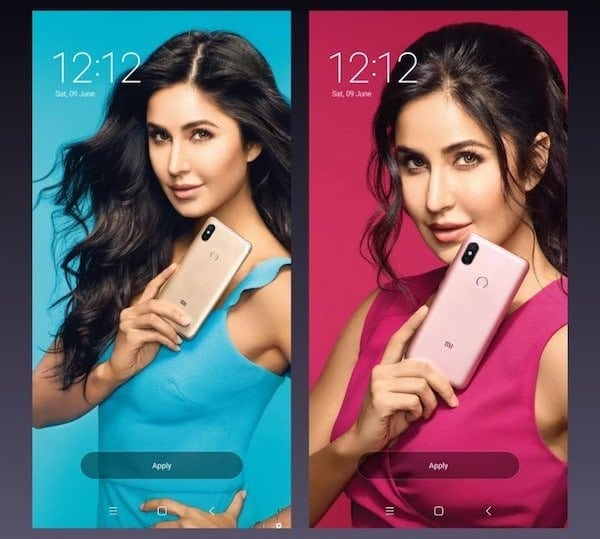 Fair enough. But then these are also the very steps that Xiaomi had been steering clear of – and insisting that it would not follow them – in its early days in the Indian market. We have lost count of the number of times the company had claimed that it would not indulge in high profile marketing campaigns and that it was a small startup which did not have the sort of budgets that bigger companies did. And also that one of the reasons for the amazingly affordable price tags of its phones was the fact that the company did not spend heavily in promotions in marketing.

“Yeah, right,” an executive in a rival company snorts. “They got Katrina Kaif to endorse the Y1 and Y2 free of cost, I reckon?” Kaif is one of the highest paid actors in Bollywood, and while we have no access to the actual numbers, it is safe to assume that getting her to endorse Xiaomi’s selfie range must have cost a pretty penny. A far cry from the company whose bestselling phone of 2017 was promoted by actually using its own employees as models! No, it still does not seem to be spending anywhere as much as some of its rivals are, but it seems to broadly following a similar approach.

We have remarked about Xiaomi’s change in strategy in the past and had wondered if it had just been a temporary phase, and an attempt to drive home the “we are number one” message to give the brand a slightly “premium” feel, rather than the affordable one which it has. However, with every passing day, it would seem that Xiaomi in India is now increasingly beginning to follow the very rulebook that it so brilliantly tore up to reinvent the market. We are seeing multiple devices that seem to overlap and rival each other, a distinct offline push and of course, communication campaigns that are tinged with celebrity as much as products.

Is this a good thing? That is not for us to say. This is, after all, a marketplace in which change is, to repeat a well-worn cliché, the only constant. “The tactics that made you number one might not be good enough to keep you there,” an executive from one of Xiaomi’s rivals told us. “Until 2016, Xiaomi were the underdogs, and it was ok to be seen as a small company. Now they are number one. They have to LOOK and ACT as if they are big. How do they do that? Launch more products, have a greater offline presence, and of course, do more celeb tie-ups!”

Mind you, this change of stance is not going down too well with some of the Xiaomi faithful. A number of fans have expressed their annoyance at the company getting “Samsunged.” That said, it is impossible to argue against numbers and the numbers say that almost one in every three smartphones sold in the country is a Xiaomi.

It is also impossible to argue against the fact that the Xiaomi we see today is a rather different creature from the one that we had seen in 2014. It was a smaller outfit with fewer products but one that fought as much on its price as its product quality. Today, the company has factories in India and is manufacturing in the country, and has perhaps released more products in the last year than it did in its first three in the country. However, it is now being seen increasingly as a price player, as most of its devices come in the affordable mid-segment category – it has released just one smartphone priced above Rs 20,000 in almost two years (the Mi Mix 2).

Theorists would say that this is limiting its ability to earn larger margins at the premium segment, but on the flip side, the numbers seem to prove that Xiaomi’s decision to focus on the budget segment has been an effective one. “In the end, it is about selling the most phones you can, not about having a Rs 50,000 phone in your portfolio,” as one retailer put it rather bluntly. On the sales front, Xiaomi certainly has shut its critics up. Thoroughly. Mind you, some analysts feel that the company is easier to attack now than in the past. “They are mainly about specs and price now,” one of our colleagues who has been in the tech media for a number of years now, remarked. “The ‘aura’ that they had of being very different is slowly slipping. No one talks as much about design, textures and values now. It is mostly about specs, make in India and pricing. Those can be matched.”

Easier said than done, though. In spite of some very serious efforts from the likes of Asus, Honor and Oppo (who some are accusing of being naïve – or deaf – enough to assume that Realme sounds like Redmi), there seem to be no major clouds on the Mi Horizon at the time of writing. And it would be naïve to assume that Manu Jain, a canny operator, does not have a few aces up his sleeve to deal out when the skies do darken. But one cannot help but feel that the more popular Xiaomi is getting, the less different it seems from the competition, no matter how thoroughly it outsells it.

Yes, Xiaomi India has changed. And might well continue to keep changing. It started out as the company that was unlike any other the Indian market had seen. And has now been the leading smartphone brand in the country for three straight quarters with a market share that is close to a third of the market. Those are two very different places to be. So a difference in approach and strategy is only to be expected.

Yes, some fans might feel that the company is not being “true to its roots” but then the same has been said of a company which many believe Xiaomi models itself on. Some of its fans too keep complaining that it has changed and even betrayed its core principles, especially since the departure of a very high profile figure. But hey, the markets and consumers seem to disagree.

It is based in Cupertino. ‘Nuff said.

Was this article helpful?
YesNo
TechPP is supported by our audience. We may earn affiliate commissions from buying links on this site.
Read Next
With Football Manager 2023 Touch, Apple Arcade finally has its “killer ...
#analysis #india #Opinion #xiaomi