Back in 2016, Reliance Jio became a household name in India as everyone rushed to their nearest stores to grab a free SIM card with 3 months of unlimited data, voice calls, and SMS messages. The growth of the telecom operator ever since has been phenomenal, thanks to irresistible offers and lucrative plans. Today, in the Annual General Meeting held at Mumbai, Reliance’s Chairman and Managing Director, Mukesh Ambani announced a few more additions to Jio’s portfolio, including Jio GigaFiber and a new JioPhone 2. Along with some new products, Jio also had a lot of numbers to showcase. Let’s take a look at what they mean. 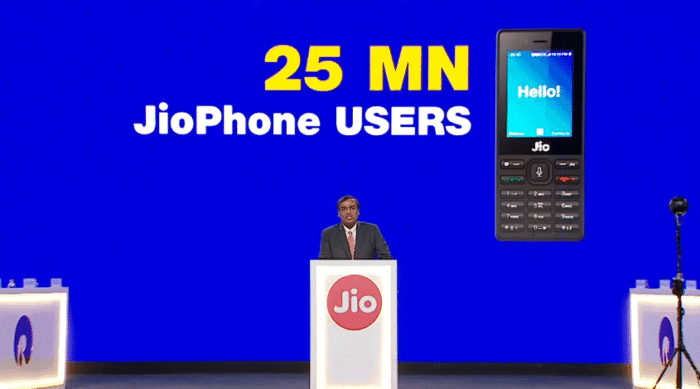 Reliance Jio is aiming to create a completely digital experience for its users, ranging right from their data services on smartphones, to gigabit internet at home along with 4K internet TV, and IoT devices as well like smart speakers or switches. With a rapidly growing subscriber base, it’s just a matter of time till Jio dominates the Indian telecom sector with its services.

Was this article helpful?
YesNo
TechPP is supported by our audience. We may earn affiliate commissions from buying links on this site.
Read Next
How to Buy JioPhone Next: Complete Guide and FAQ
#Reliance Jio