500 million. That’s roughly the number of feature phone users in India. That’s also the number of people who own a non-smartphone. Some are either unfamiliar with the concept, some are just too intimidated by touch screens, and the rest can’t afford it. 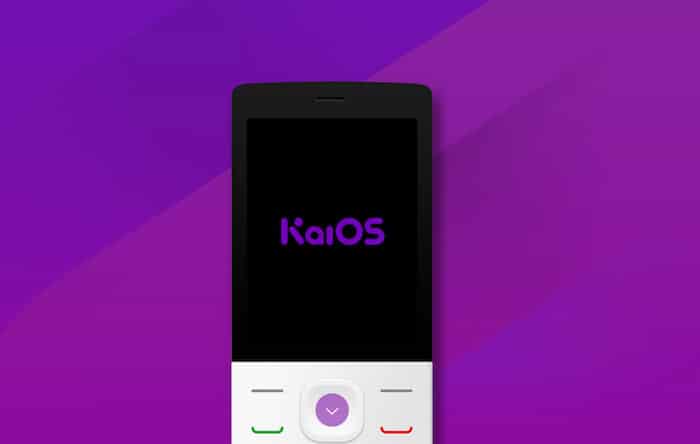 More importantly, though, this is a set of users service-oriented companies such as Google, Facebook are missing out on. Enter KaiOS, a startup based out of the United States which is trying to solve that exact conundrum. Its operating system for dumb phones brings smarter features and modern applications while still retaining the simplicity of the interfaces you find on keypad-equipped handsets. And it’s succeeding quite expeditiously.

KaiOS is already powering over 40 million devices worldwide including India’s most popular feature phone — JioPhone (the funkiest feature phone to ever exist), HMD Global’s banana phone aka the Nokia 8110, and more. In addition, the operating system has managed to convince owners of some of the most widely used applications across various categories to build compatible clients for feature phones such as Google Maps for navigation, Google Search for web searches, YouTube for videos, Facebook, Twitter for social media and most recently, WhatsApp for instant messaging. The OS is even compatible with Google’s virtual assistant so that you can chit chat with a digital bot and automate tasks on a ~2.5-inch screen. Reliance Jio’s own suite of entertainment apps which includes Live TV and music streaming is available as well exclusively for the JioPhone. 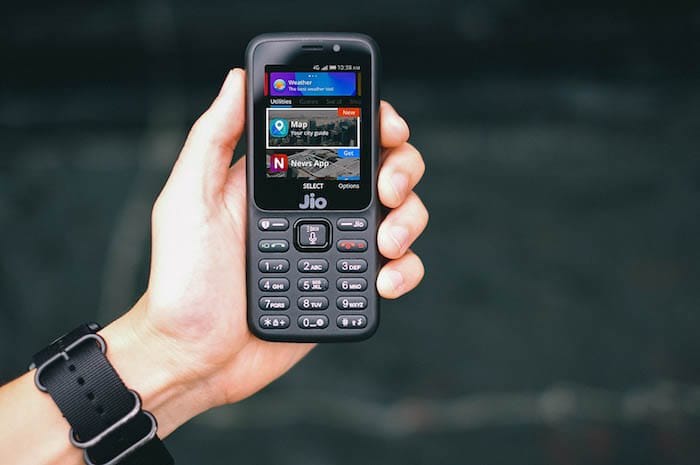 That’s not all. Reliance Jio and Google have both spend millions of dollars (7mn and 22mn respectively) to acquire stakes in the eponymous company behind KaiOS which begs the question, of course — Why have these multi-billion dollar conglomerates suddenly discovered a profound interest in an OS for dumb phones?

To answer that, we’ve to understand how companies like Google, Facebook make money — data. More data means better algorithm accuracies which essentially translates to better products. Apple’s revenue, for instance, primarily comes from hardware like the iPhone, Mac, and others because of which its homegrown apps like Photos aren’t as capable as say, Google Photos.

As machine learning continues to make its way into nearly every aspect of our digital lives, training data has never been more paramount to such companies. The smartphone being the most influential gadget in anyone’s lifestyle, it’s crucial for these businesses to find new mediums to lure more users. Sadly for them, the smartphone market in on a decline. As per IDC, shipments have dropped to 1.462 billion units this year from 1.469 billion in 2016. While the research firm is predicting a 3% growth in 2019, those are at the end of the day, forecasts which may or may not turn out to be true. 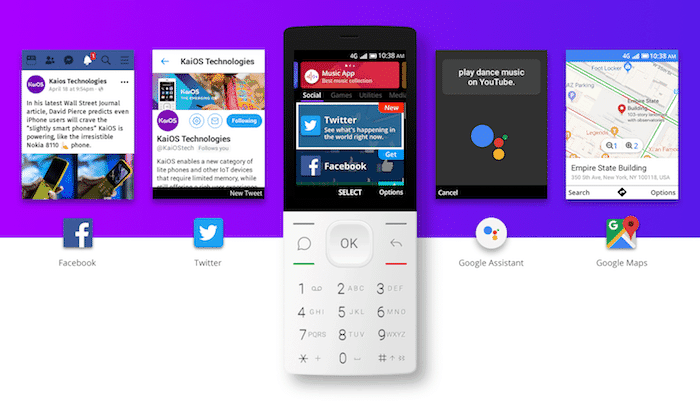 In the search for the next big chunk of users, therefore, companies seem to have found refuge in the feature phone market. Thanks to affordable data plans, an effectively free phone, and a smarter operating system, India’s dumbphone industry witnessed an annual growth of 17.4% leading to a total of 164 million units as compared to 140 million a year ago. “It is expected to continue its double-digit growth in the next two to three years.”, says Upasana Joshi, Associate Research Manager, Client Devices, IDC India. For behemoths like Facebook, Google, this is essentially a goldmine waiting to be quarried.

And that’s exactly what’s happening. Google and Facebook both have scurried to obtain a pole position in the shift by bringing nearly all their major applications to KaiOS which is expected to be on nearly a hundred million handsets by the end of this year. JioPhone’s overnight success is one of the critical factors responsible too.

“We want to ensure that Google apps and services are available to everyone, whether they are using desktops, smartphones, or feature phones. Following the success of the JioPhones, we are excited to work with KaiOS to further improve access to information for feature phone users around the world.”, said Anjali Joshi, Vice-President, Product Management, Next Billion Users on the company’s 22 million KaiOS funding.

Similarly, a Facebook spokesperson told TechPP, “People around the world access Facebook from a range of mobile devices on varying networks. We want to make sure that everyone, everywhere has the best possible Facebook experience to connect with friends and family. Facebook app for KaiOS helps us ensure that millions of Jiophone users get that opportunity and enjoy the benefits of being connected.” 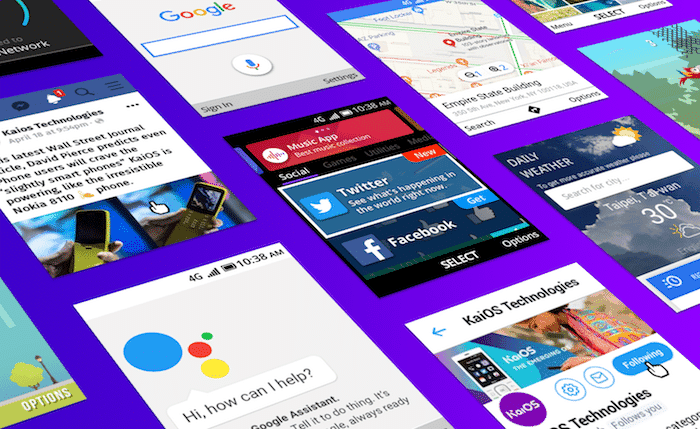 Being entirely web-based, it’s also relatively easier to develop apps for this operating system. It’s built on open standards which in layman’s terms means that developers don’t need to learn a new framework specifically for KaiOS. That, however, also doesn’t suggest that apps made for KaiOS will have vastly limited functionality. On the contrary, developers have the ability to integrate most of the primary features such as push notifications, video playback, and more. Due to that, these apps can also have modern and inviting designs, a refreshing escape from the blocky interfaces feature phone users are used to.

Since KaiOS is mostly designed on web standards, it also doesn’t take up many resources and hence, enables OEMs to built phones at remarkably low costs. The OS can be operated on devices with as low as 256MB RAM and is compatible with every hardware component you’d need for a more connected India including NFC. Chip maker, Qualcomm has introduced dedicated processors for 4G feature phones too — the Snapdragon 205 Mobile Platform and Snapdragon 210 Mobile Platform. 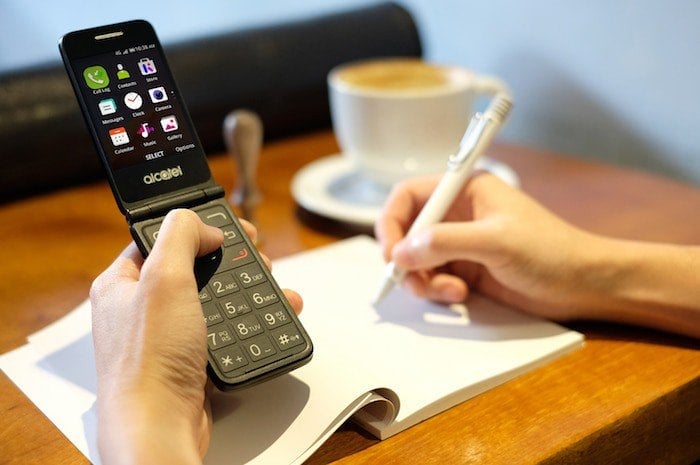 KaiOS is also imperative to bridging feature phone and smartphone gap. Even though companies have begun offering their services on the former, they’re eventually hoping for some of them to migrate to smartphones. The reason for that is on smartphones, there are more features, applications to use which means — you guessed it — more data. As these users will be already accustomed to the available apps present on KaiOS, there’s a good chance they will want to have the same ones on their smartphones as well.

Although that won’t happen for a while. What we’re witnessing today is merely the beginning. Companies such as Reliance Jio, Google, Facebook have noticed the spike early on and are now working towards being at the forefront of this trend. Speaking on whether the target audience of smartphones and feature phones will ever coincide, Joshi says, “Feature phone is here to stay for long, as it has a huge consumer base. Eventually, the penetration of smartphones will rise, at the back of affordable phones, however, the feature phone market will still remain relevant to a large consumer base especially in smaller tier cities and towns.”

We should have even more developers and hardware manufacturers join the club in the coming months too. With costs of data slumping and modern applications becoming more accessible, KaiOS’ numbers are poised to grow especially in countries such as India. Reliance Jio also recently unveiled the second-generation of its JioPhone which comes with a landscape screen for better content consumption, is compatible with two SIMs, and a QWERTY keyboard.

Was this article helpful?
YesNo
TechPP is supported by our audience. We may earn affiliate commissions from buying links on this site.
Read Next
How to Fix Google Chrome Translate Not Working
#facebook #google #KaiOS #Profile #Reliance Jio