With increased sales comes… well, lesser market share. Strange though that statement might sound, it will strike a chord with the wearable side of Apple. As per a report released by Canalys, the Cupertino company shipped more than 3.5 million Apple Watches in the second quarter of 2018, a hefty thirty percent more than in the same period last year. Globally, a total of 10 million smartwatches were shipped in Q2 2018, effectively making every third smartwatch shipped an Apple Watch. A key factor in this rise in sales was, rather surprisingly (as per some pundits, who had criticised its price), the Apple Watch Series 3 LTE edition. Apple shipped more than a quarter of a million Apple Watch units to Asia, and the LTE edition accounted for about 60 percent of these. The Apple Watch Series 3 LTE Edition was, in fact, the bestselling smartwatch in Asia in this period. 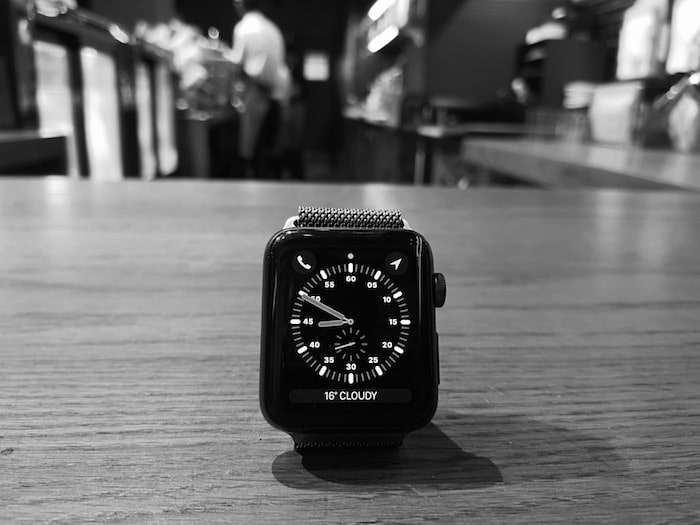 Canalys Senior Analyst Jason Low feels that this justifies Apple’s decision to expand internationally with operators. Since the launch of the Apple Watch Series 3, Apple has forged partnerships with operators in Australia, Japan, Singapore, Thailand, India and South Korea. “Operators in these markets are willing to resell connected devices other than smartphones that can help them generate extra revenue from data services. India is a surprising addition to the list of countries. But this is a good strategy by Airtel and Reliance Jio to retain their high-value customers in a bid to minimize churn in a cut-throat market,” Low said.

However, if the shipments of the Apple Watch have gone up, so have those of its rivals. Thanks to strong performances from Garmin and Fitbit in particular, the Apple Watch’s share of the smartwatch market has actually dipped in the Q2 2018 to 34 percent from 43 percent in Q1 2018.

Canalys Research Analyst Vincent Thielke pointed out that Apple’s competitors had now started to pass the million quarterly shipments mark. “Vendors are trying to differentiate their products with advanced heart-rate metrics, smart coaching and mapping, and consumers now have a much wider range of smartwatches to choose from than they did a year ago,” he says, adding that with further competition expected from Samsung and Google, (rumored to be launching Galaxy and Pixel watches respectively), “Apple needs to work out how to drive refreshes in markets such as the US, where its penetration into the existing iPhone installed base has started to level off.” We are not too sure we agree with those potential rivals, but the success of the Fitbit Versa and the attention being attracted by new players like Huami in the large market, not to mention the increasing acceptance of smart wearables, does indicate that the folks at Cupertino will have their hands full in the coming days.

The Apple Watch remains THE smartwatch in the market, but it now has reason to look over its shoulder.

Was this article helpful?
YesNo
TechPP is supported by our audience. We may earn affiliate commissions from buying links on this site.
Read Next
Alert! You’re Hiding Sensitive Information From Your Images on iPhone W...
#apple #Apple Watch #Apple Watch Series 3 #wearables