Amazon, in addition to a flurry of new Echo products, also introduced its first smart kitchen appliance, the AmazonBasics Microwave at its annual hardware event in Seattle. Priced at a sum of $59.99 (~Rs 4,300), the new device, of course, can be controlled with any Alexa powered device letting you command it with just your voice. 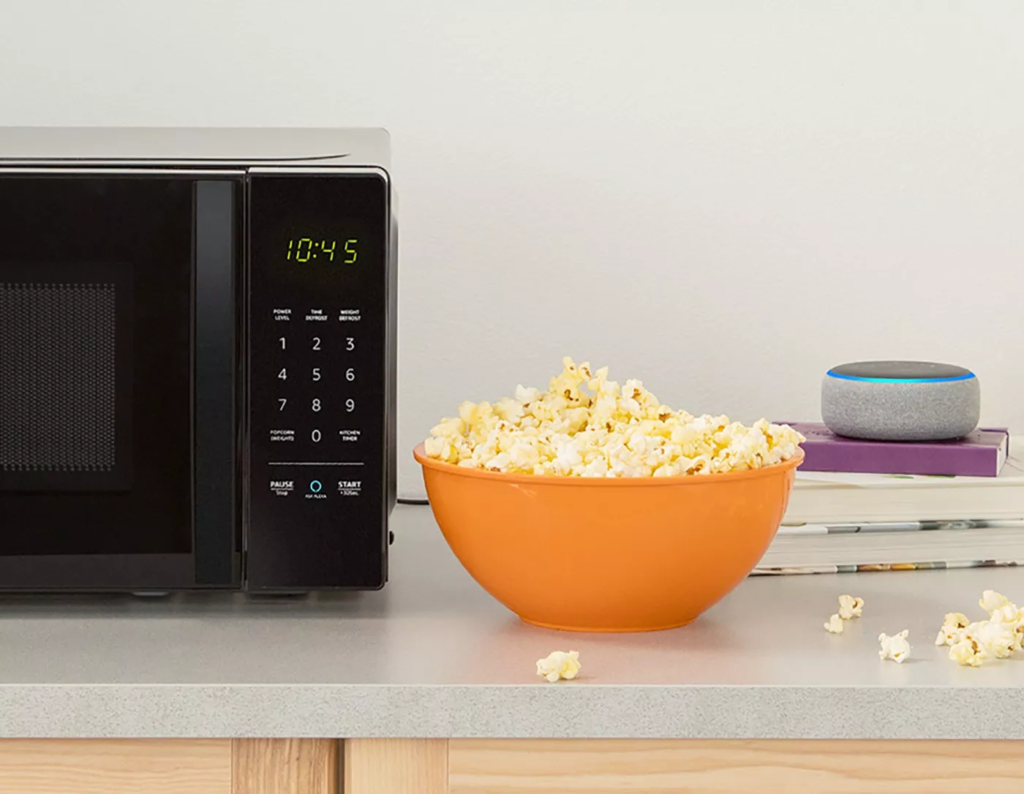 The AmazonBasics Microwave is also compatible with the company’s Dash Replenishment Service if you’d to enable automatic reorders for popcorn. It can also connect with any nearby Alexa-compatible speaker or an Echo product itself to play music. The microwave is powered by Alexa Connect Kit, a low-cost Bluetooth Low Energy and Wi-Fi module that is designed to bring smart features to standard home appliances.

In addition, Amazon also launched a $30 wall clock which integrates with Alexa which can display timers and automatically adjust the time. The 60 LED ring can display multiple timers for cooking, countdown to a family event, and show visual animations for alarms and reminders to keep you on schedule. It connects to the Echo device via Bluetooth. 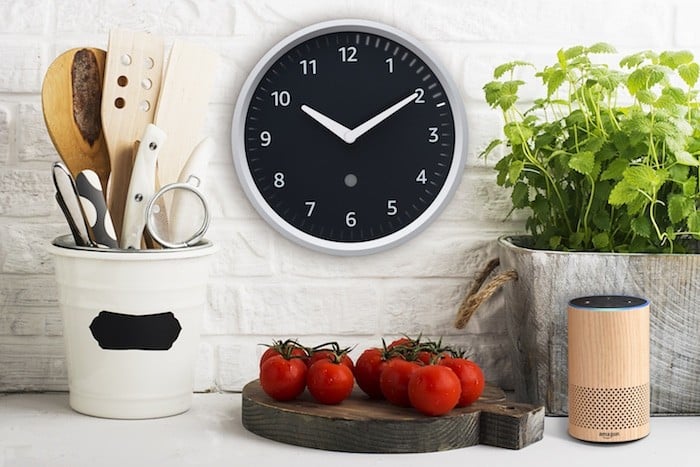 There’s also a new $25 smart plug which can be linked to Alexa allowing you to individually label it and simply say specific commands such as “turn off the bedroom light”. It works alongside a compatible Alexa-enabled device like Echo, Fire TV, Fire tablet, Sonos One, or even just the Alexa app on your phone. 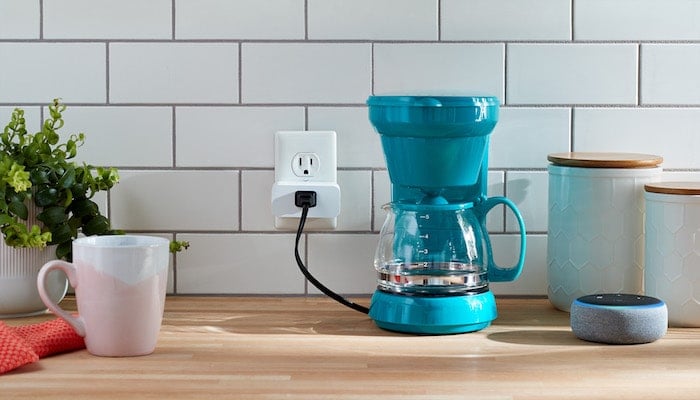 Apart from the home appliances, Amazon has upgraded nearly its entire line of Echo devices including the Echo Dot, Echo Plus, and Echo Show. A new device called Echo Input has been added to the lineup as well. It’s essentially an Echo Dot minus the speaker which can you plug into any other compatible third-party speaker.

The AmazonBasics Microwave and Smart Plug are the first of many products in Amazon’s grander plan to establish a more prominent presence in your home. The core aim, of course, here is to wove you deeper into Amazon’s ecosystem which will consequently make you a more active shopper. The company also claims there are now over 20,000 Alexa compatible smart home devices, up from 4,000 in January.