Social networking has become a crucial part of our lives. From keeping in touch with our friends and loved ones to getting news, various social platforms have made the world a virtually smaller, more accessible place today. But while being on social media might be fun, being a social network is not a fairytale. After Facebook, it was the turn of Google to experience a dose of security blues, and the casualty of the whole controversy was Google’s social network, Google+. Yes, the site was not getting the sort of traffic and usage that it once did, but that does not make it demise any less sudden or shocking. So as Google+ rides into the sunset, here are ten facts about it worth remembering:

After Facebook spread its wings and started flying in a newly hyped social media zone, Google decided to craft and release one of its own birds in the Internet air. After three social networking attempts that did not quite take off (Google Buzz, Google Friend Connect and Orkut, which actually was a rage for a while), the company started working on Google+ (pronounced as Google Plus) and released it to take Facebook head on in 2011.

While Google may have launched Google+ to take on Facebook, it could not simply call the project “take Facebook down,” now could it? Hence, the company gave Google+ the code name Emerald Sea while it was developing.

Zuckerberg ahead of Page…but nothing to go (Lady) Gaga

It is not just the social media battles that Facebook won against Google+. Mark Zuckerberg (co-founder of Facebook) also had more followers than Larry Page on Google+ (the co-founder of Google). While the geeks were butting heads on who is more popular, much like any high school scenario, most followers on the social networking site belonged an actual pop star, in this case, Lady Gaga who had 8.7 million followers on the site.

25 million visitors in just one month

Although a newbie, Google+ soon gained a lot momentum and in just a month the site got about 25 million visitors, making it the first platform to reach this milestone in such a short span of time. By January 2012, the platform had more than a whopping 90 million users. Ah, early days. 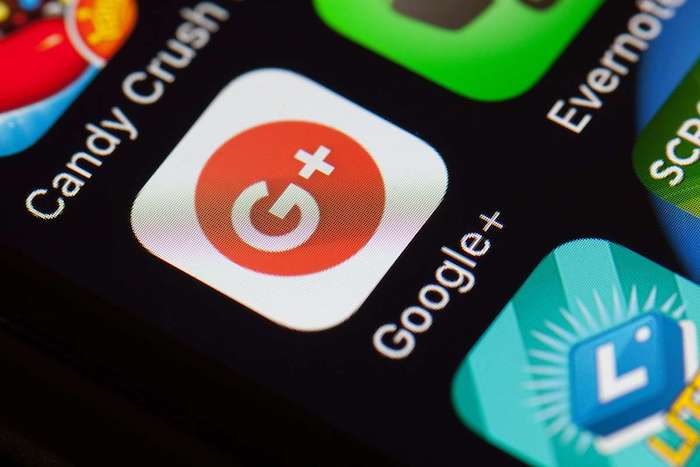 While it was created for all to use, it seems like Google+ appealed more to male users than female ones. The site was one of the most male-oriented social networks around. Of all its users, a major 68 percent were male while only 32 percent were female.

The social networking site allowed its users to have up to 5,000 friends on one Google+ Profile. The social network also offered unlimited Picasa storage as opposed to the usual 1 GB storage.

What does it take to make Google+? A Whole lotta money and employees

Accuse Google of whatever you may, but you cannot fault it for not giving Google+ its best shot. Google+ took about USD 585 million to develop and there were about 500 employees working on it dedicatedly.

G+ was a massive plus for business, too!

Because many of Google’s services are interlinked and mingled in a very complicated manner, it is safe to say that having a Google+ account allegedly made you kinda a Google favorite. As per some sources, if you created a business page on Google+, it automatically improved your ranking on the search engine. Pretty cool, eh? Facebook was SO not amused.

Unlike Facebook that is cashing on ads like there is no tomorrow, Google+ prided itself on being different in that department. The social networking site had no advertisements which made the experience on the platform faster, smoother and more efficient.

The subscribers who stayed away….

While all the stats and numbers made Google+ look like it is the real deal in the world of social media, as of 2016, it was found that a massive 91 percent of the Google+ profiles and accounts were empty. This means either most them were created as spam accounts or were just used a pass to access other Google services (there was a time you needed a Google+ account to even comment on a video on YouTube, smh!)

Was this article helpful?
YesNo
TechPP is supported by our audience. We may earn affiliate commissions from buying links on this site.
Read Next
20+ Best Google Doodle Games You Should Play [in 2023]
#google #Google Plus