It’s the season of gaming phones and Xiaomi is going all in with its second-generation Black Shark smartphone. The company is calling it the Black Shark Helo instead of what you might expect and it’s the first smartphone to ever come with 10GB of RAM beating its much-teased sibling, the Mi Mix 3. Other than that, the Black Shark Helo brings a multitude of improvements including a handier build and a redesigned dual heat pipe cooling system. 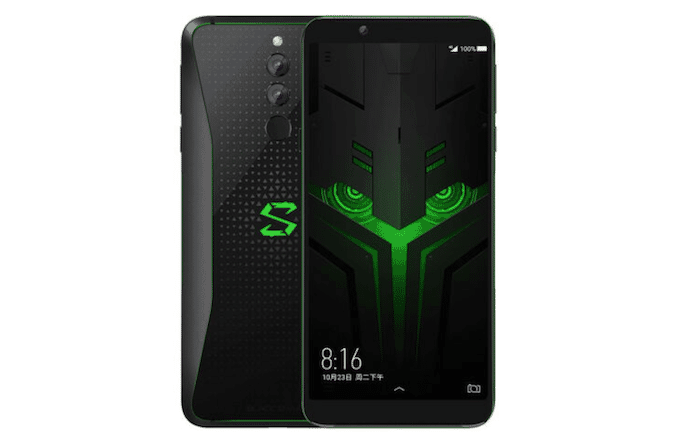 The Black Shark Helo also comes with what seems like a more ergonomic exterior. More importantly, though, there are now LED strips on the edges and the logo is backlit, similar to the Razer Phone 2. Under the hood too, the Black Shark Helo is laden with hardware. For starters, it has a 6.01-inch OLED screen with a resolution of 1080p and an 18:9 aspect ratio. The Black Shark Helo, apart from the 10GB of RAM, is powered by Qualcomm’s Snapdragon 845, up to 256GB of onboard storage, and runs on a 4000mAh battery which does support quick charging.

There are two camera sensors on the rear — a regular 20-megapixel lens and another 12-megapixel snapper. On the front, you’ll find a 20-megapixel selfie camera. Both the setups offer all the usual trappings such as Portrait Mode, Beauty Mode, and more. In addition, the Black Shark Helo offers dual front-firing stereo speakers, the output of which can be finetuned through software.

The fingerprint reader is situated on the rear. The new Black Shark Helo handles heat much with a re-engineered dual-pipe cooling system which, in fact, sounds identical to what Xiaomi employs inside the Poco F1. One of the big new features of the Black Shark Helo is that it now ships with an external controller that can be plugged into the bundled silicon case.

Was this article helpful?
YesNo
TechPP is supported by our audience. We may earn affiliate commissions from buying links on this site.
Read Next
With Redmi A1, is Xiaomi Resurrecting the Android One Dream, but Without Google?
#xiaomi #Xiaomi Black Shark Helo