Oppo’s R-series smartphones have stood the test of time in giving something new and radical in this age of similar looking mundane smartphones. While Oppo had stayed away from launching some of the recent R-series smartphones in India (which some say is due to their similarity with OnePlus devices), the Chinese giant has brought the R17 Pro to India. And it’s nothing like OnePlus or any other smartphone – be it in looks or features. 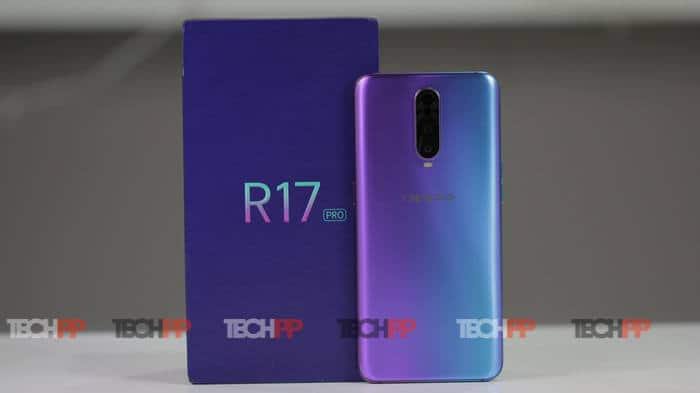 Starting with the looks, because that’s the first thing you will notice anyway, the Oppo R17 Pro is quite a dazzler. The glass back has a nice blend of Deep Blue and Purple hues which Oppo likes to call as “Radiant Mist casing with fog lighting”. One might think it’s the same as Huawei’s Twilight Blue, but this is quite different. Being frosted glass, the colors aren’t reflective like on P20 Pro or Mate 20 Pro. Oppo has managed to provide a soft touch feel to the rear which makes the glass feel like metal and also helps in hiding the fingerprints to an extent. It screams premium from the distance as well as when you hold it in your hands. The sides are curved nicely while the top and bottom are chamfered which gives it a distinct look and a great ‘handfeel’. There is a sense of assurance when you hold the phone in your hands, thanks to the heft which is neatly distributed across the phone. In summary, it’s sure to turn heads when you place the phone on the table or hold it in your hands. 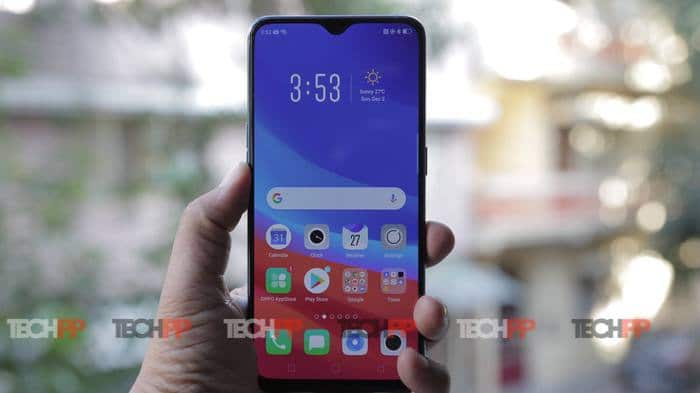 The R17 Pro has the power button on the right and volume rockers on the left. The bottom houses the speaker grille, primary microphone, USB Type-C port and the SIM card tray, while the top has just the noise-canceling secondary mic. That means the 3.5mm headphone jack has gone absent. Oppo has gone with the in-display fingerprint scanner on the R17 Pro, which isn’t as fast as the one we see on the OnePlus 6T, but it’s no slouch either. And yes, it does come with software-based Face Unlock, but the funny thing is, it unlocks even with your eyes closed!

The display on the Oppo R17 Pro is very similar to the one we have seen on the OnePlus 6T. Coming with a teardrop notch, the 6.4-inch FHD+ AMOLED display has a 19.5:9 aspect ratio and is mighty sharp. A couple of people who saw the phone for the first time assumed it’s QHD. Colors look vibrant, contrast is great and being an AMOLED panel, the blacks are deep. Oppo is claiming a 91.5% screen to body ratio on the R17 Pro. Like we saw on the OnePlus 6T and Vivo V11 Pro, the earpiece is hidden at the top. 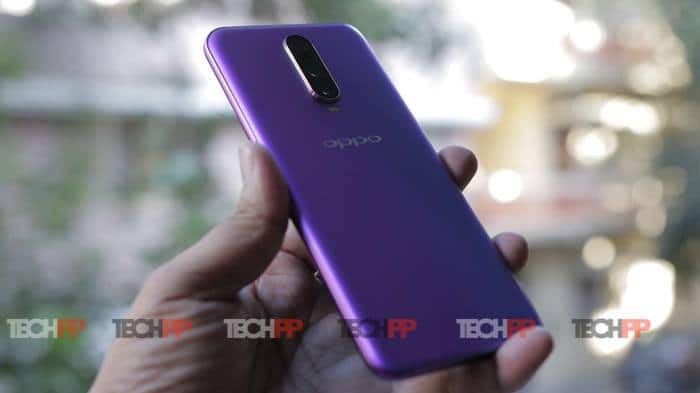 The R17 Pro is officially the first Snapdragon 710 powered device to launch in India. Our unit came with 8GB of RAM and 128GB of internal storage with a (relatively) huge 3700mAh battery. The Snapdragon 710, despite not being a SD800 tier chipset, is pretty capable on with the same camera ISP as present on the Snapdragon 845 chipset. The R17 Pro is also the first Oppo device to come with Super VOOC fast charging technology. Interestingly, Oppo has two batteries of 1850mAh each which ensures 40% of charge within 10 minutes of charging. The phone comes with a 50W Super VOOC charger in the box, which is quite remarkable for a non-flagship smartphone. Oppo is also bundling in Earpod-like earphones within the box. 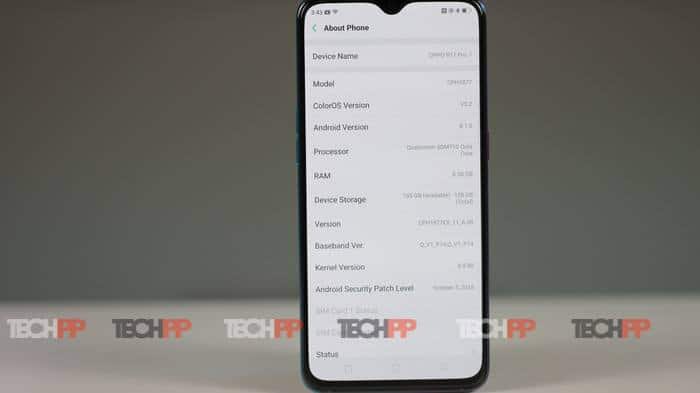 The other big highlight of the R17 Pro is its camera module. It’s the first Oppo device to come with triple camera setup. The primary camera is a 12MP sensor with a variable aperture of f/1.5 and f/2.4 similar to the Samsung Galaxy S9 or the Note 9. The secondary sensor is 20MP at f/2.6 and the third lens is a TOF 3D stereo camera. While we are still testing the cameras, we must say the 3D images look gimmicky for now, but the primary camera works wonders, especially in low light. True to Oppo’s reputation, the 25MP front camera looks good in our initial testings. 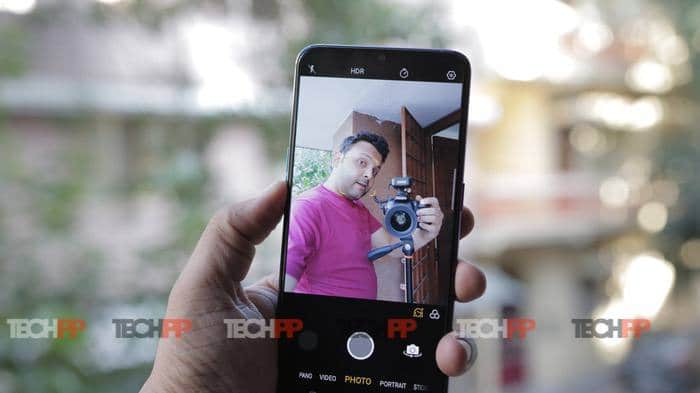 Sadly, the software is still running on Android 8.1 Oreo with Color OS 5.2 skin on top which can be the biggest annoyance for many people. But the Oppo R17 Pro has a lot of things going for it. From the gorgeous Fog gradient color to Super VOOC charging to triple cameras, Oppo has managed to push boundaries. But while doing so, the company has also pushed the price barriers. At a time when OnePlus 6T with a superior Snapdragon 845 processor (and minus the extra camera, Fog gradient color and Super VOOC) and more usable UI (OxygenOS) is selling for Rs 37,999, Oppo has a tough fight in hands to get people to pay more. Stay tuned for our detailed review coming up in a few days.

Was this article helpful?
YesNo
TechPP is supported by our audience. We may earn affiliate commissions from buying links on this site.
Read Next
Oppo F21 Pro Review: Eye candy for the phone flaunters!
#First Cut #First Impressions #hands on #oppo #Oppo R17 Pro