India’s crowded digital payments space is today getting another player — its biggest phone maker, Xiaomi. The OEM’s homegrown platform, Mi Pay, which was unveiled about half a year ago, is now accepting beta testers in India. To make it happen, Xiaomi has teamed up with ICICI Bank and RuPay to offer a — you guessed it — UPI-powered service which will be accessible through a separate app and even from a bunch of other MIUI apps like contacts, SMS, and more. 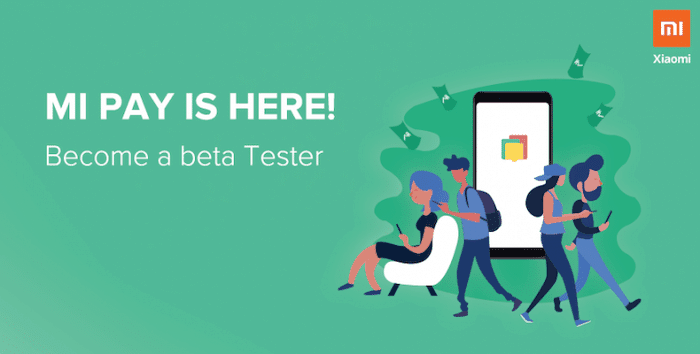 The National Payments Corporation of India (NPCI) has cleared Mi Pay for mass use and at launch, it’s compatible with nearly every credit or debit card. In addition to letting you transfer payments to other UPI users, the Mi Pay app also features several add-on utilities like cellular recharges, DTH, electricity bills, you get the idea. Plus, Xiaomi has complied with the government’s policy and therefore, all the user data will be secured within an India-based cloud infrastructure. Like other UPI-based apps, Mi Pay in India has support for QR codes and balance inquiries too.

Xiaomi has been gradually building its Mi Home ecosystem in India for the past year as well and has brought across several categories. Being a software-first company, services play a critical role in its growth and the company seems to be applying the same approach for India too. On its phones, Xiaomi already offers complimentary video and music streaming apps, the latter of which is powered by Hungama. While India’s digital payments market is a tough one to crack, with more than a quarter of smartphone sales in its pocket, it is plausible for Xiaomi to succeed here.

If your phone is running Xiaomi’s MIUI Beta ROM, you can sign up for Mi Pay by heading over to this link. The deadline for registrations is set for December 31st.

Was this article helpful?
YesNo
TechPP is supported by our audience. We may earn affiliate commissions from buying links on this site.
Read Next
With Redmi A1, is Xiaomi Resurrecting the Android One Dream, but Without Google?
#xiaomi #Xiaomi Mi Pay