With Patchwall, Xiaomi is trying to Mac the Smart Television

Slightly more than three decades ago, I had my first encounter with a computer. It was in a semi-dark, specially cooled room, which you had to enter after taking your shoes off. The computer itself was on a table and had a dark screen with a tiny cursor flashing on it. After typing some commands on it, we were able to get to the stage where we could type some text on it. I remember it was all dreadfully impressive. And complicated. I could not wait to get out of the room. Yes, computers were marvelous and powerful and would change all our lives no doubt, but they were also clearly not meant for everyone. Not in that form. 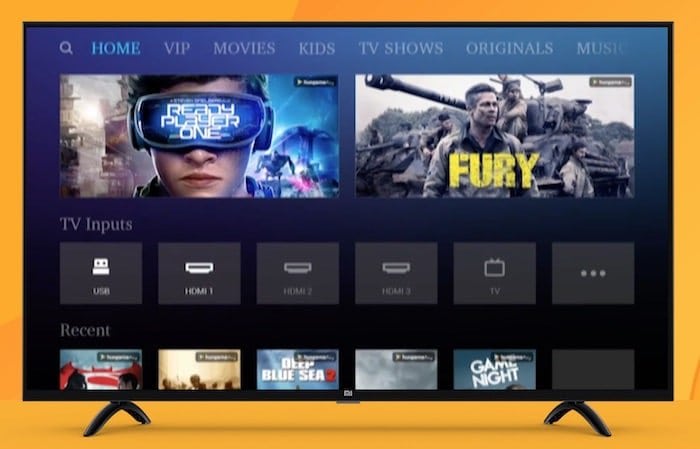 And then a few months after that, I went to visit a friend of mine who had just got a “fancy shmancy” computer from the US. I absolutely insisted that I did not want to see it, but he insisted. I walked into his room and there it was on the table, a surprisingly small device with a bright white display. It seemed to need no cooling. And you needed to type no fancy code to start working. There were no arrow keys – my friend asked me to use something called a mouse to move the cursor. And the cursor could move anywhere on the screen. And I could type and sketch. And do all sorts of stuff…

And I could not wait to use it again. Not for work. But just because it seemed so much fun to use and was so easy.

My experience with most smart televisions, as people like to call app friendly televisions, was rather like my first computer interaction. Yes, it was rather impressive, and there was so much that it could do… but but but…I did not FEEL like using it. The reason was the same as for my wanting to avoid contact with the computer. Yes, it could do a lot of stuff – you could run apps and all, but it was just so, well, complicated and so NOT fun.

And yet for the past few months, I have been using a smart television. Using it regularly, and easily enough. Heck, my mother uses it too. The reason? The same as for using the computer at my friend’s place. It is easy, did not seem forbidding and most important of all, is so much fun to use.

The computer at my friend’s place was the Apple Macintosh. The smart TV I have been using for the past few months is Xiaomi’s Mi TV.

And in both cases, what made the big difference was not the hardware – the first computer and smart TV that I used had far more powerful specs than the Macintosh and the Mi TV – but those two powerful words that some companies (including THAT one in Cupertino) keep going on an on about: user experience. The Macintosh’s bright, relatively easy to use interface made me actually want to use a computer, and well, Xiaomi’s Patchwall interface has pretty much done the same when it comes to smart televisions.

The Macintosh’s interface (it was called System Software, I think) made something that was as complicated as a computer seem a lot more interesting than intimidating, and Mi TV’s Patchwall has done the same. Unlike other smart television interfaces which tend to classify content by channel, make navigation a menu exploration and skipping exercise, Patchwall presents content up front, rather than the source from which it comes. Just as the Macintosh seemed designed to make users use the computer with minimum fuss, Patchwall’s stress seems to be on getting the user to consume content without worrying about the channel or source from where the content itself comes. It has even incorporated a number of cable operators in it, so when you switch on a Mi TV, you are actually hit by a wall of content with different shows running on tiny windows. You do not have to worry about where the shows are coming from (not initially at least), but are just sucked into the experience, as a number of apps are actually in Patchwall (Hungama, Voot) itself. Even the remote is well designed and simple to use, rather than being a clutter of buttons. 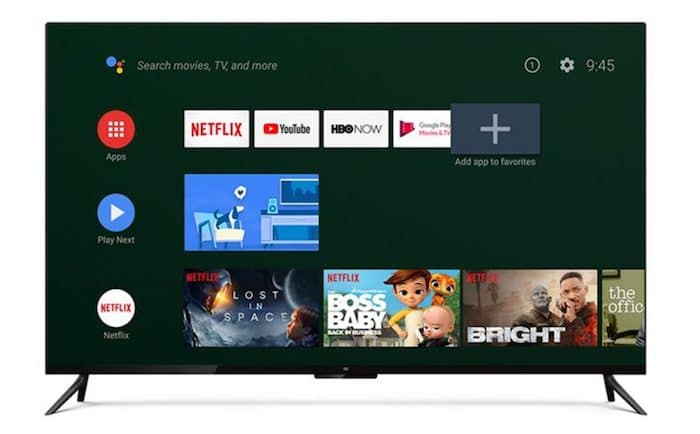 It is not perfect – Netflix and Amazon Prime are not supported yet – but it is infinitely different (and dare we say, better) than anything we have seen on any other smart TV, simply because it sort of parks the smartness behind all the content. You want to search for content – you can simply pick up the remote and say “show me football matches,” and sit back and watch the results without having to worry about which channels and operator. It is kind of magical and simple – stuff my mum can handle. Yes, you CAN go to the Android TV interface if you wish, but honestly, the motivation is limited after you have been hit by Patchwall because hey, you just want to watch television, don’t you? And Patchwall gets you into watching mode straight away. It simply makes you use the television more.

Which makes it the best kind of product design there could be. Someone did famously say:

“Most people make the mistake of thinking design is what it looks like.
People think it’s this veneer – that the designers are handed this box and told, “Make it look good!”
That’s not what we think design is.
It’s not just what it looks like and feels like.
Design is how it works.”

Which is why I think that while Xiaomi’s televisions might sell initially for their exceptionally affordable price tags if the company plays its comms game right, they could, in the long run, become a rage simply because they are so easy to use.

Steve Jobs would approve. It was he who said those words about design.