Tech giants like Apple and Google emphasized greatly on digital wellbeing last year and as a result, the latest version of both iOS (Screen Time) and Android ship with a dashboard that helps you track your daily smartphone usage on a per-app basis, or even the number of times you have unlocked your phone or the number of notifications you receive. 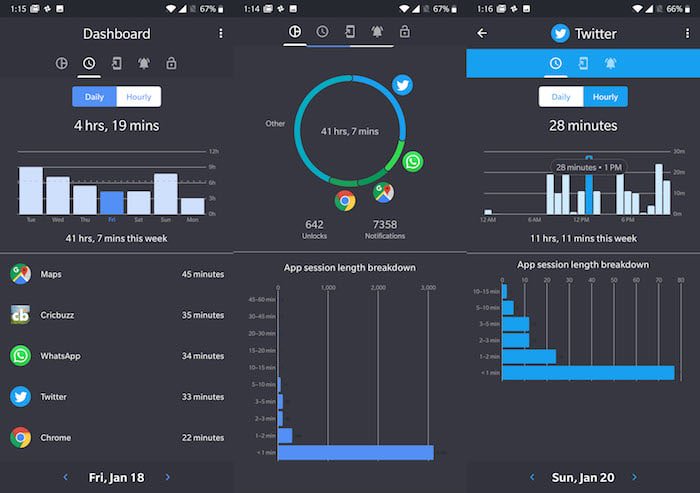 However, there are some limitations to it, like the usage insights are not too, well, insightful and you cannot view stats for time spent on system apps and the history stored is limited and not customizable. Worst of all, it’s currently only available on the Pixels and Android One devices officially running on Android Pie.

Enter ActionDash, an app that not only tracks your usage patterns, but also provides a deeper insight about them along with customization options, and the good news, it’s available to all Android users. The area which ActionDash excels in is providing per-app customization and the time at and for which the app was used. 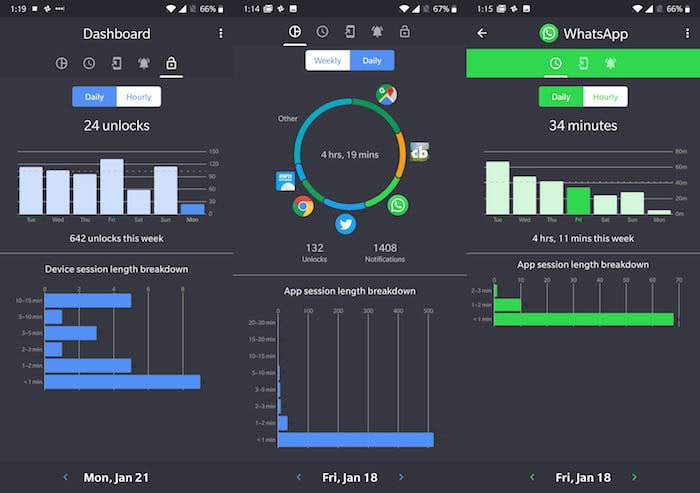 Even though ActionDash can be used to limit one’s usage of their phone, it can also be used to understand the way in which the phone is used and how much time one spends in a day while performing certain tasks on their smartphone. The daily summary at the end of each day compares your screen-on usage to the previous day’s usage which will let you improve on the time you spend away from your smartphone.

Another feature of ActionDash is the ability to integrate it with Action Launcher, a well-known homescreen replacement app for Android (it’s the same developer, after all!). There’s a really nifty integration which allows you to long press on an app on your homescreen which will give you pop-up actions like on the default Pixel launcher, but with an extra tab allocated for “App Usage” which will bring up a summary of your usage stats for that app on a daily/hourly basis.

If your phone does not have the Digital Wellbeing functionality built-in or you just want more insight on your usage stats, you can download ActionDash from the Google Play Store.