Android Go – an initiative from Google to allow the use of Android on low-end smartphones, specifically tailored for devices with low-end specifications, that typically cost a lot lesser than budget smartphones, while being capable of doing the most basic stuff. It even allows manufacturers to install a ‘skin’ on top and customise it to their needs. And now, one of the biggest Chinese manufacturer, Xiaomi, is launching the Redmi Go smartphone, based on Android Go, in India on March 19. The device has already launched in some parts of the world earlier but is now coming to India. Based on the global variant of the smartphone, here’s what we expect with the Indian variant. 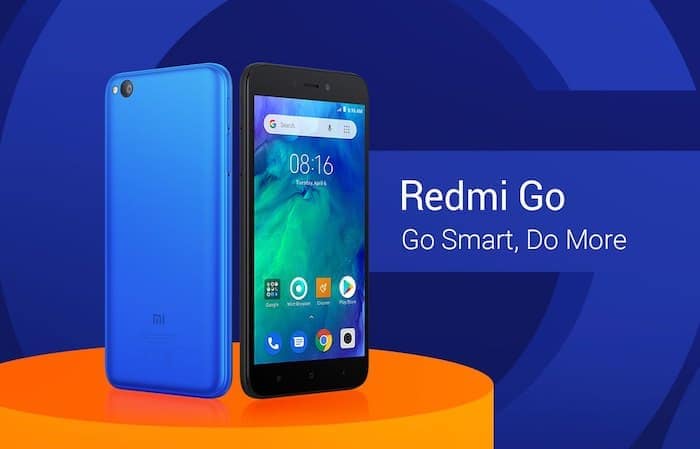 The Redmi Go is expected to feature a 5-inch HD screen, with an aspect ratio of 16:9, at 296 PPI. Powered by a 1.4GHz Quad-Core Qualcomm Snapdragon 425 processor with Adreno 308 GPU, paired with 1GB of RAM and 8GB or 16GB of internal storage, expandable up to 128GB using a microSD card. For connectivity, the device could come with Dual SIM support (Nano + Nano), with microSD card tray, with Bluetooth 4.1, WiFi Direct, and LTE. And a 3000mAh, non-removable battery, with 5V/1A charging. As expected, it would run on Android Oreo (based on Android Go) for stable and fast performance. And also include support for 20+ regional languages and Google Assistant in Hindi.

In terms of optics, the Redmi Go could sport an 8MP rear camera with f/2.0 aperture, Auto Focus, HDR, Burst Mode, Manual mode, and Real-time filters. It would be capable of shooting videos in 1080p, along with 720p and 480p, which have become quite mainstream these days. On the front, it could come with a 5MP camera with f/2.2 aperture, Selfie timer, HDR, and Beautify profiles.

The Redmi Go could come in two colour options: Black and Blue, and two storage variants: 8GB or 16GB, with the same 1GB RAM option. Coming to the price, the Redmi Go is priced at 80 Euros in the European market, which is roughly around Rs 6200 in the Indian currency. Going by that, we can expect it to be priced close to Rs 6000.