Can it be your first smartphone?

It has very comfortably conquered the sub Rs. 15,000 (some would even say sub-Rs 20,000) category in the country and now that the brand has been sitting on the “number one smartphone company in the country” spot for some time, Xiaomi is looking to disrupt another price category. While most brands would move from mid-range to high-end on the smartphone price ladder, Xiaomi, it seems is moving in the other direction. The brand has launched a new smartphone, Redmi Go, priced at Rs. 4,499, targeting the feature phone market in the country. The smartphone runs on Android Go, making it the first Xiaomi device to run on the OS. But is it feature-istic enough? 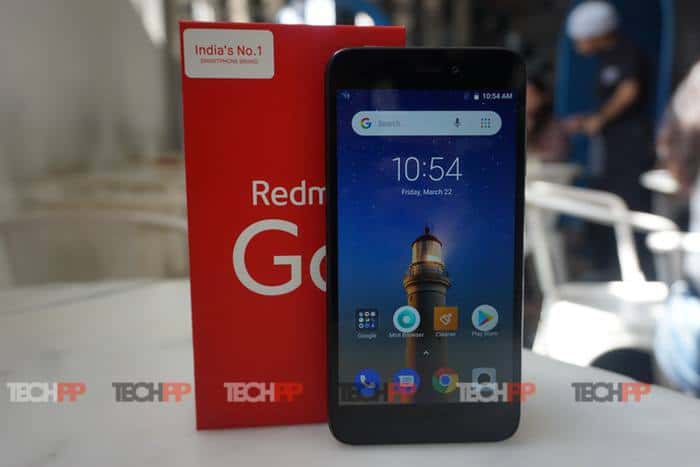 Looks with a touch of nostalgia

Redmi Go is a budget range smartphone and its looks are not going to deceive you either. The 5-inch HD display on the front is sandwiched between two very thick unapologetic bezels on the top and on the chin. The one above the screen carries the front camera and the earpiece while the one below it carries three capacitive touch buttons. The front of the smartphone looks like it has come straight out of 2013-2015 time when having big bezels around the screen was not a crime. The screen still remains the most dominant part of the front but because bezels have nearly gone extinct, the ones on the Redmi Go seem to cover up a major part of the front.

The device comes with an HD screen and while the display might seem small to some, it actually is pretty good, especially at this price point, where HD displays are a rarity. Flip the phone around and you will find a very metal-looking polycarbonate back curving out on the sides, giving the device a very comfortable grip. It carries the LED flash and primary camera on the top left-hand side and a seemingly shy MI logo sits on the lower half of the back. The left side holds the dual SIM card slot and a dedicated microSD card slot whereas the right houses the power/lock button and the volume rocker. The base carries the micro USB port and speaker grille while the top holds the 3.5 mm audio jack.

At 140.4 x 70.1 x 8.35 mm and 137 grams, the device holds very well in hand and is very pocketable. In fact, holding the smartphone in our hands, we cannot help but feel nostalgic. And it’s not because the device looks a little outdated or because it does not go with the unwritten norms that smartphone brands are following blindly these days, but because it is not super fancy looking but still looks like a decent smartphone. Unlike the Nokia 1 which claimed to be a smartphone but actually looked more like a feature phone.

Impressive numbers for the price point 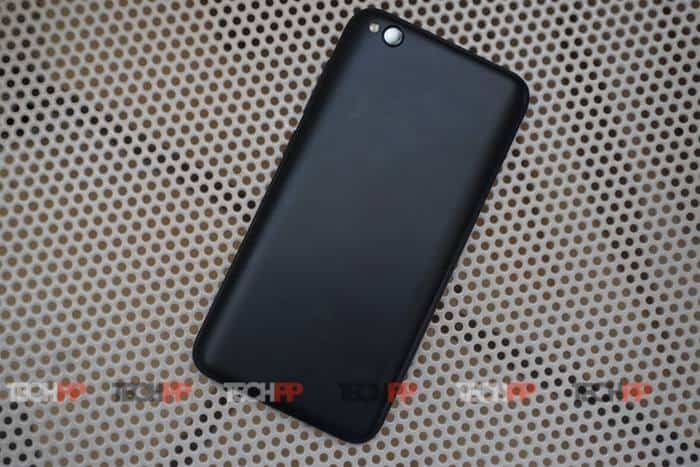 Xiaomi may have chosen to go down the old school route when it comes looks but the brand has definitely put in some work when it comes to specs and numbers in a budget device, especially when you consider other brands that have followed the Android Go path. The Redmi Go comes with a 5-inch HD screen with a screen resolution of 1280 x 720. It is powered by a Qualcomm Snapdragon 425 chipset and is coupled with 1 GB RAM. The 425 might not be the most powerful of processors out there but for a sub Rs. 5,000 device, this combination of 425 and 1 GB RAM should do most of the work expected from the device. It comes with just 8 GB onboard storage, which can be expanded up to 128 GB using a microSD card. The numbers are impressive in the camera department as well. The Redmi Go is packed with an 8-megapixel rear shooter with support for full HD video recording and a 5-megapixel front sensor with support for HDR.

Because Xiaomi has partnered with Google for Redmi Go, the smartphone runs on Android 8.1.0 (Go version), which quite frankly is a little disappointing, knowing Android Pie (9) has been around for quite some time now and it is almost time for Android Q (10) now. But the lighter version of Android should help the smartphone run and carry out tasks more smoothly, even on 1 GB RAM. It is powered by a 3,000 mAh battery, which should be enough for a smartphone with 5 inch HD display, and not-so-high-end specs. 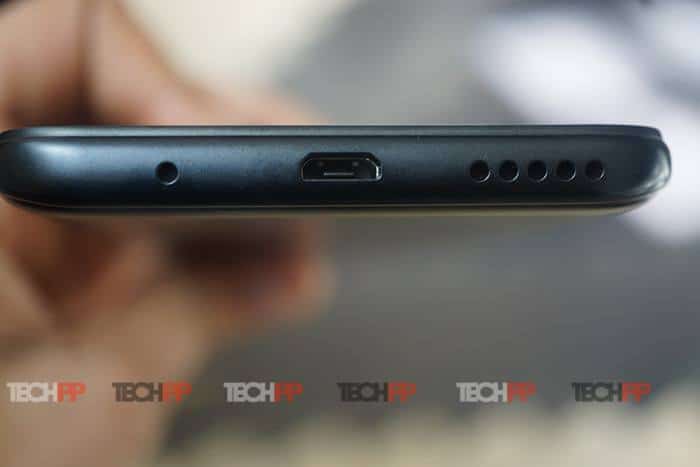 The Redmi Go comes with support for dual SIM cards and has a dedicated microSD card slot, which is definitely a plus point. Other connectivity options on the device include Wi-Fi, 4G VoLTE, and Bluetooth. While the list of ‘haves’ is impressive, there are a few things the Redmi Go does not have. It does not have a fingerprint scanner which means the good old screen lock is what you have to count on for security. There is also no infra-red port, a Xiaomi staple. And of course, we are not even going into water and dust resistance.

After disrupting the mid-range segment, Xiaomi is definitely having a “Go” at the budget segment with the launch of Redmi Go. The smartphone is priced at Rs. 4,499 for the 1 GB RAM and 8 GB storage variant, in a zone where one of its biggest competitors in terms of being a “real smartphone” is the Nokia 1, which has not set super high standards for itself. The Redmi Go definitely seems to have the specs to make it seem the best option for those seeking their first smartphone on a very tight budget. 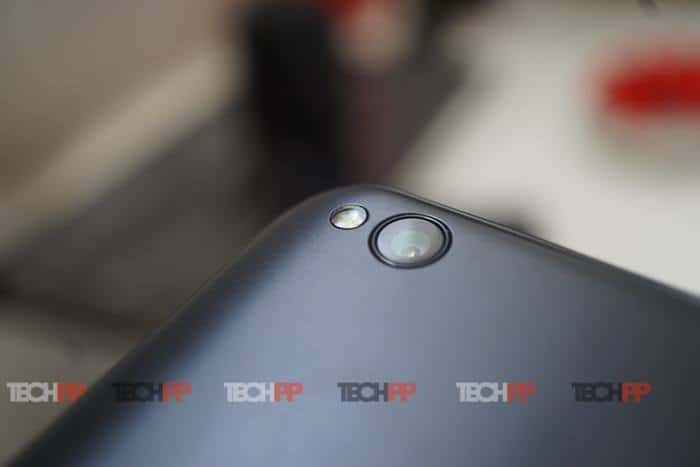 To know just how well it performs, wait for our detailed review. In the meantime, if you are a feature phone, get worried.