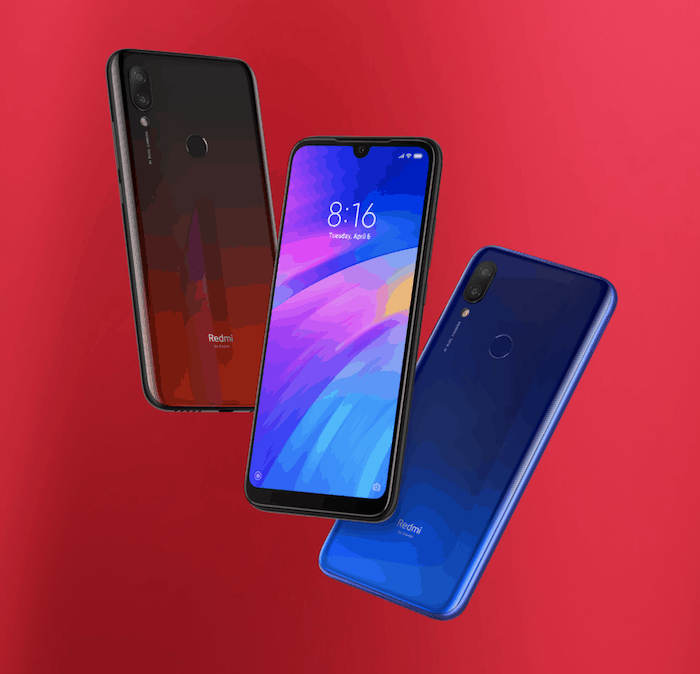 The Redmi 7 features a 6.26-inch (1520 × 720 pixels) HD+ Dot Notch display with a 19:9 aspect ratio, 2.5D curved glass, and Corning Gorilla Glass 5 protection on top. The back of the device comes with an Aura Smoke Design, which has been built upon the Aura Design that was introduced with the Redmi Note 7 series.

Coming to performance, the Redmi 7 is powered by a 14nm-based 1.8GHz Octa-Core Snapdragon 632 chipset with Adreno 506 GPU, paired with 2GB or 3GB of RAM, and 16GB or 32GB of internal storage (expandable up to 512GB using a microSD card). In terms of other hardware specifications, the device comes with a 3.5mm audio jack, IR sensor, AI face unlock, and rear-mounted fingerprint scanner for authentication. It comes with a 4000mAh battery and runs on MIUI 10 based on Android 9 Pie.

Talking about camera specifications, the Redmi 7 sports an AI dual camera setup on the rear with a 12MP primary sensor with f/2.2 aperture and a 2MP secondary sensor for depth sensing. The rear camera also comes with PDAF, AI scene detection, dual-LED flash, and the ability to shoot 1080p video at 60fps. On the front, it has an 8MP camera for selfies with AI portrait mode, AI beautify 4.0, and palm shutter.

Was this article helpful?
YesNo
TechPP is supported by our audience. We may earn affiliate commissions from buying links on this site.
Read Next
Redmi Pad Review: Just Buy It!
#Redmi #redmi 7