Apple, in a surprise move today, has updated its MacBook Pro line-up with Intel’s 8th and 9th generation 8-core CPUs which is a first for the MacBooks since even the top-end 15-inch variant till date had hexacore chips. According to Apple, the new 8-core CPU will perform twice as fast as the quad-core touting MacBook Pros and will perform 40% better than the hexa-core variants. 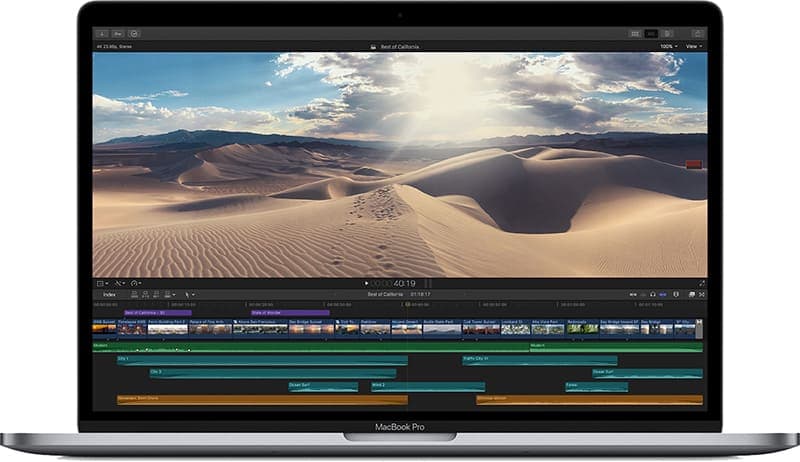 The new 13-inch MacBook Pros, as usual, will feature only the quad-core chips while the 6 and 8 core CPUs are limited to the 15-inch model. Apart from the internal changes, there’s nothing much that has changed on these new MacBooks, but that’s only according to the brand’s press release, as The Loop pointed out that the new laptops feature an updated keyboard due to poor feedback on the current generation Butterfly keyboards found on the latest MacBooks.

According to The Verge, users of the MacBook Pro and the MacBook Air 2018 which use the Butterfly gen 3 design can get their keyboards replaced with the new ones in case of any issue. The display on the new machines has 500 nits of brightness, a P3 color gamut, and Apple’s trademark True Tone technology. Then there’s, of course, Apple’s T2 security chip which handles TouchID, Thunderbolt 3 ports or power and attaching additional accessories and displays, along with stereo speakers.

“Whether it’s college students mastering a course of study, developers building world-class apps or video editors creating feature films, we’re constantly amazed at what our customers do with their MacBook Pro,” said Tom Boger, Apple’s senior director of Mac Product Marketing. “Now with 8-core processors for an incredible performance boost, along with its stunning Retina display, fast storage, all-day battery life and running macOS, MacBook Pro continues to be the world’s best pro notebook and we can’t wait to get it into our customer’s hands to see what they do next.”