...because honestly, the specs and price don’t cut it

The world might be moving towards relatively high-end specs getting paired with unbelievably low price tags, but former smartphone supremo Nokia seems to be playing a different ball game altogether. Ever since it has made a comeback, the brand has priced its devices slightly above the trend, and the tradition has not changed with its latest smartphone – the Nokia 3.2. 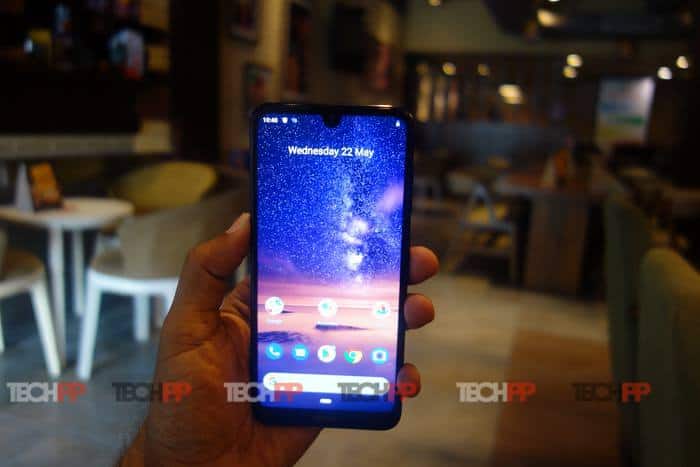 The Nokia 3.2 measures 159.4 x 76.2 x 8.6 mm and weighs 181 grams. It is pretty tall and heavy for its size. There is a basic design blueprint floating in the smartphone world and the Nokia 3.2 is an adaptation of the same. It comes with a tall 6.26-inch display that is bundled with a drop notch to house the secondary camera. But while it may be on top of the tall display and drop notch trend, the front of the Nokia 3.2 has relatively thick bezels, considering the extremely thin bezel trend that is prevalent in the industry right now. Yes, they are not full-fledged bezels and the company has trimmed them but they still very noticeable, especially on the chin which carries the brand’s logo. Incidentally, along with the selfie camera, the bezel on the top also holds the earpiece. 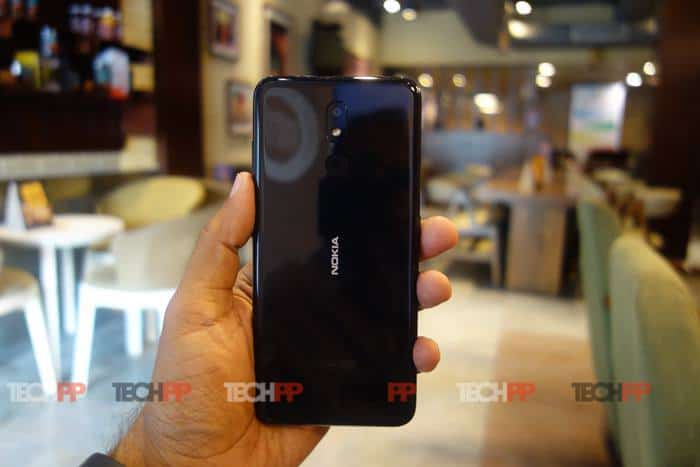 Flip the smartphone around and you will find glossy, reflective material on the back. We received the black unit and it might look like glass but feels like polycarbonate to us, although there is no gradient finish. The back is a smudge and scratch magnet and no matter how many times you wipe it, holding the smartphone even once in hand will render it just a little smudgy. Most smartphones generally have a metal frame between the glass front and glass-looking (if not actually glass) back, which not only makes the smartphone more sturdy but also acts as a slight breather around all the glass and glass-like material and makes it a little grippy. The Nokia 3.2’s frame is actually the back of the smartphone which tapers down to the sides. This not only makes it a little slippery to hold but also makes the smartphone feel a little fragile, which strikes an odd chord because one of the staple USPs of Nokia devices has always been the build quality of its smartphones. No, the 3.2 does not feel flimsy or week, but it just does not feel as solid as some of the recent Nokia devices we have used.

The vertical camera unit present on the top half of the back might look like a dual camera setup from afar but looking a little closely will reveal that the smartphone actually comes with a single rear camera and the supporting camera-like sensor in that capsule is actually an LED flash. Which is a bit of a disappointment considering that dual cameras now are almost hygiene (unless your name is Pixel). Not too far away from this arrangement is the round and slightly recessed fingerprint scanner. The back has a very prominent white Nokia logo that sits vertically right in the middle while a very subtle Android One marking sits near the base.

The top of the smartphone carries the 3.5 mm audio jack while the base holds the micro USB port and the speaker slots. The left side of the Nokia 3.2 houses the dual SIM card tray and a dedicated microSD card slot along with a dedicated button for Google Assistant, something that Nokia is making a standard feature (we saw it on the Nokia 4.2 as well). The right side carries the volume rocker and the power/ lock button highlighted with white colour (perhaps the most outstanding design touch on the device), which also has an LED that lights up when you get notifications – definitely a design plus when you consider most phones have small, circular LED notification lights on front.

Seriously under-specced (there, we said it!)

As Nokia had not exactly wowed us with the design of the Nokia 3.2, we were hoping the smartphone would at least surprise us in the specs department. Unfortunately, this is not the case. For the price it charges, the Nokia 3.2 can be accused of being seriously under-specced. 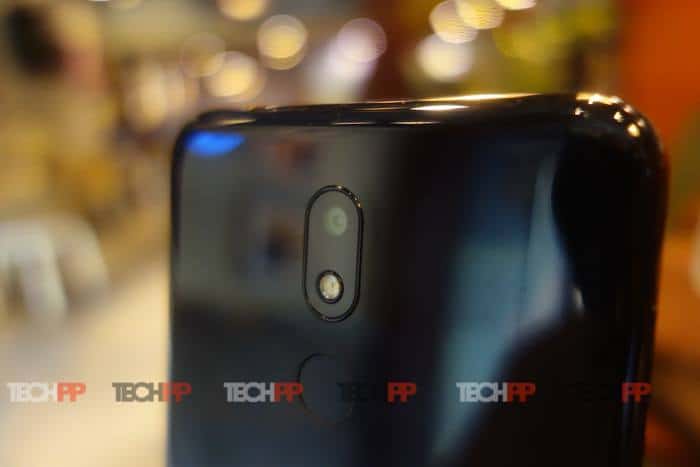 The phone comes with a 6.26-inch TFT display that is HD+ (no full HD) and has a resolution of 720 x 1520 pixels. It seems a reasonably bright display but that resolution is on the lower side.

The phone is powered by a Qualcomm Snapdragon 429 processor which is a competent lower-end performer at best – we would not recommend getting into the deep end of gaming with this one or rigorous multi-tasking. The unit we received came with 3 GB RAM and 32 GB onboard storage, and there is a 2 GB/ 16 GB variant of the phone, as well, which seems odd at this price point. The storage on the device can be expanded up to 400 GB with the help of a microSD card.
In the camera department, the Nokia 3.2 again comes up a little short. As we pointed out, there are no dual cameras – it sports a single 13-megapixel sensor with f/2.2 aperture and LED flash. On the front sits a 5-megapixel selfie camera with f/2.2 aperture. Running the phone and one of the USPs of the Nokia 3.2 is the 4,000 mAh battery that Nokia claims can last up to two days. It is bundled with a 10W charger. Connectivity options on the device include 4G, Wi-Fi, Bluetooth 4.2, and GPS. 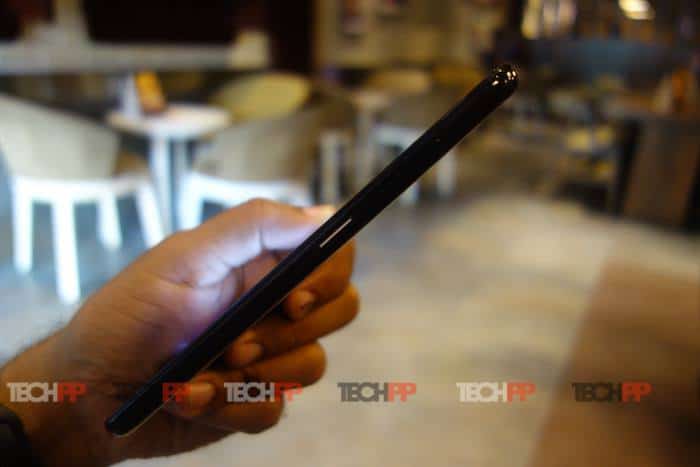 The strongest suite of the phone is its software. The Nokia 3.2 is powered by Android 9 (Pie) and it is under the Google Android One initiative, which means it comes with clean uncluttered Android, no bloatware and assured Android and security updates. All said and done, however, this is not the sort of spec sheet anyone should be taking into a battle that features the likes of Xiaomi and Realme.

A bit out of its depth? 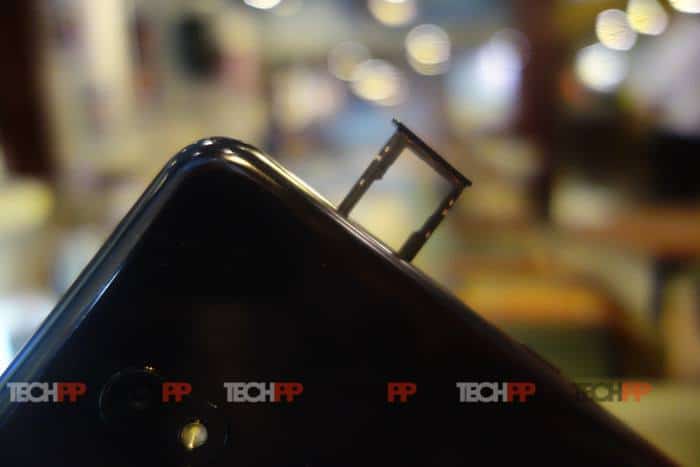 The Nokia 3.2 is priced at Rs. 8,990 for 2 GB/ 16 GB variant whereas the 3 GB/ 32 Gb variant is priced at Rs. 10,790 – this is literally within a day or two of Xiaomi launching a device with a 48 megapixel camera, full HD display and a much more powerful processor for Rs 10,999. In a world where the likes of Xiaomi and Realme did not exist, the Nokia 3.2 perhaps could have been a competitive device. Unfortunately, that is not the case. In a market which is marked by cutthroat competition and in which devices like Realme 3, Redmi Note 7, Redmi Y3, Redmi 7s, and Asus Zenfone Max Pro M1 exist, even surviving is likely to be an uphill task for the Nokia 3.2, let alone thriving. Unless it pulls out some special performance rabbit out of its hat, the Nokia 3.2 has nothing much to fall back on, apart from a very famous brand name. Will it prove to be enough? Stay tuned for our review.