How to Set up and Use Handoff on iPhone, iPad, and Mac

How many times have you found yourself in a situation where you are performing some task on your phone, and after some time, want to continue (where you left off) it on another device? Well, if you have been in such a situation numerous times, Apple has a neat little Continuity feature, called Handoff, that allows you to do the same. So let’s dive in and see how to set up and use Handoff on iPhone, iPad, Mac, and Apple Watch. 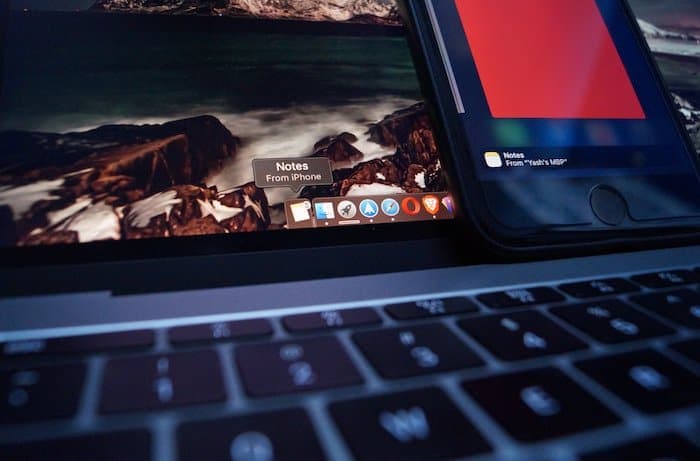 To give you a primer – Handoff is a feature present on the iPhone, iPad, iPod touch, Mac, and Apple Watch, which allows you to start a task on one device and pick up where you left off on another device. It is a part of a suite of Apple’s Continuity features that helps devices work together and share tasks and data seamlessly. The apps that support this feature include Mail, Safari, Maps, Messages, Reminders, Calendar, Contacts, Pages, Numbers, and Keynote. And also, a few third-party apps like Pocket, Wunderlist, Things, Airbnb, and more. But before we jump in and look at the setup process, let’s first consider a use case scenario with an example.

As an example, one of the use-case scenarios for this feature would be when, say, you are at home, replying to an email on your Mac, and have to go out abruptly. But, you can’t afford to hold-up on that email and need to finish it on time. With Handoff, you can continue where you left off (on your Mac) and finish it on your other device (say, iPhone).

To use Handoff, there are a few requirements that you need to check, like:

How to Set Up Handoff?

To be able to use Handoff and move tasks across devices, let’s first set it up using the following steps.

1. Open Settings from the home screen. 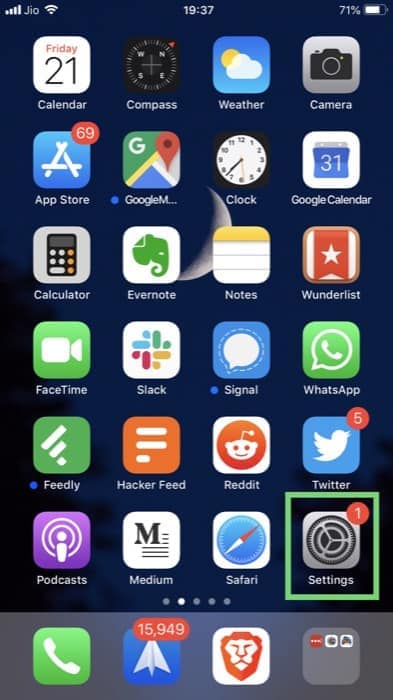 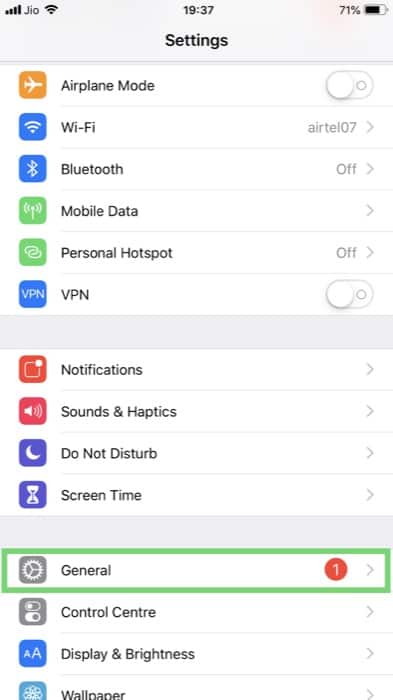 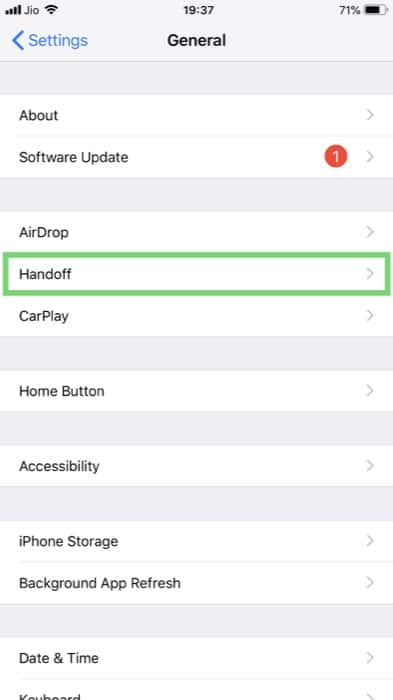 3. Switch the ‘Handoff’ toggle to ON. 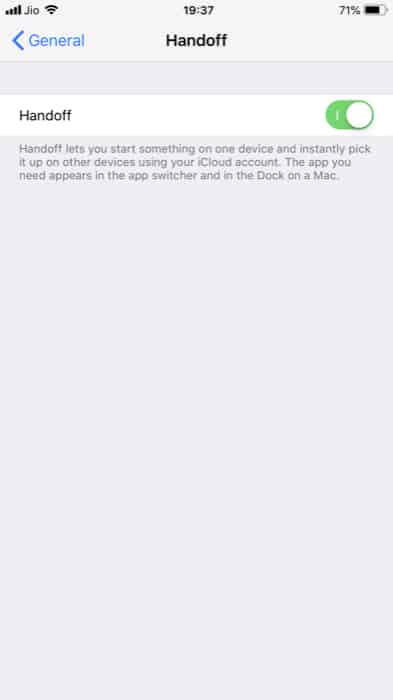 1. Open the Apple () Menu and go to System Preferences. 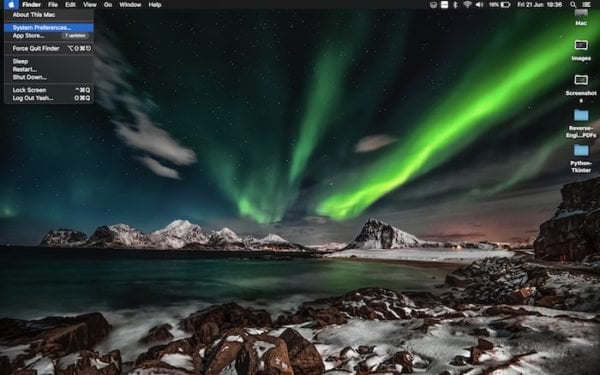 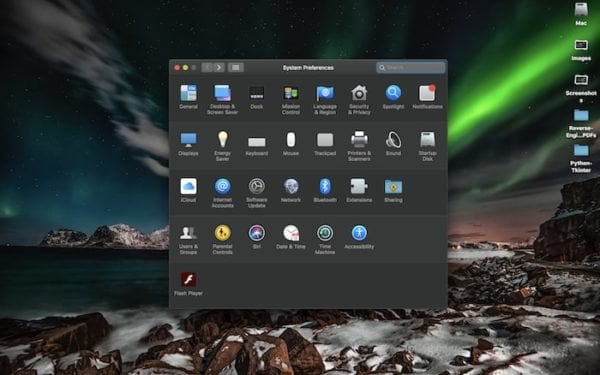 2. Click on General, and right at the bottom, check the box that says, ‘Allow Handoff between this Mac and your iCloud devices’. 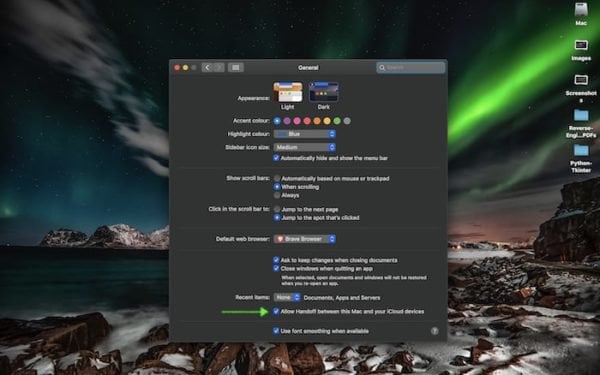 1. Open the Watch app on your iPhone.
2. Tap on General, and toggle the ‘Enable Handoff’ switch to ON.

How to Use Handoff?

As mentioned above, the feature is currently only supported on a handful of apps. So it’s likely that an app you want to ‘handoff’, might not be supported.

With that said, here’s an example, using the Safari app, on how to use Handoff.

1. Open an app (that supports the feature) on either your iPhone / iPad / iPod touch, Mac, or Apple Watch.
2. Start performing the task on the app.
3. Now, to continue working on where you left (on this device), on another device. If you’re switching to: 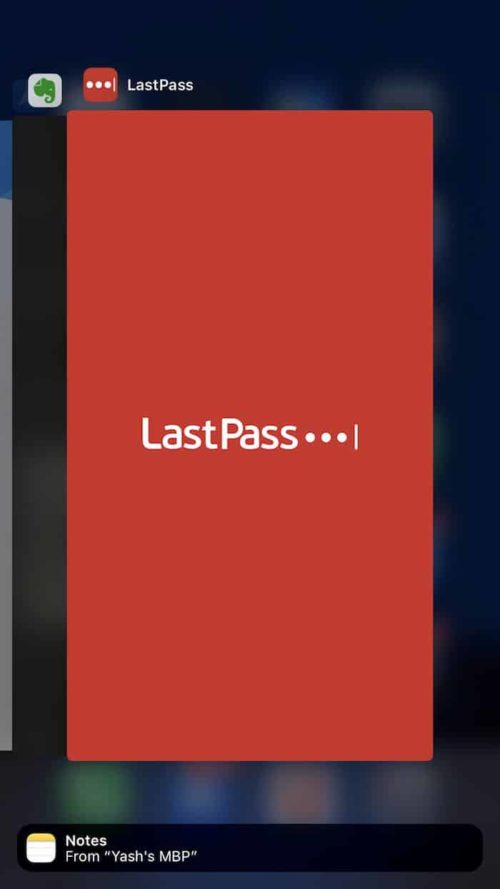 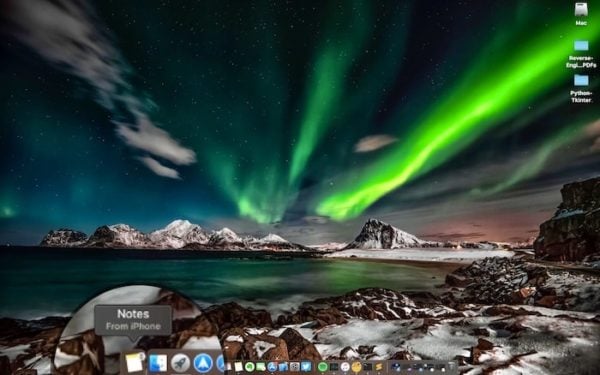 As soon as you open the app (handed-off) from another device, you will see the content of the app, in the same state you left off. But, a thing to note here is that in some cases, it might take time before an app appears for Handoff. And in scenarios, when it does not show up, you might need to sign-out from iCloud and then sign back in on your device.