While your voice assistant (be it Siri or Google Assistant) may help you perform most of your mundane tasks in a much efficient way, it might come as a surprise for some to know that these assistants keep track of their voice recordings. A possible reason for this — which the companies also provide to back their actions — is that they use these recordings to improve their products and services. And in turn, help their users by suggesting them with actions in a more effective manner. 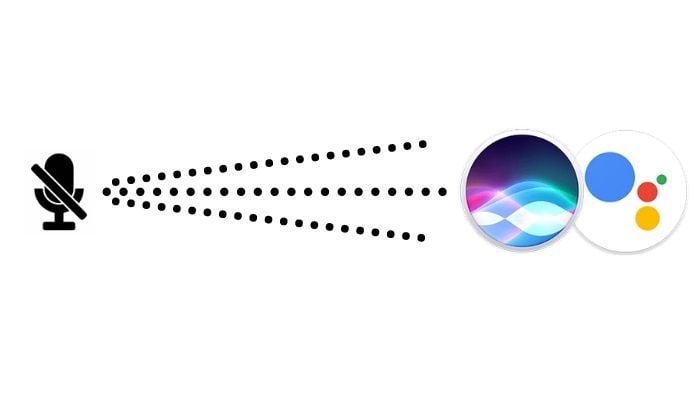 Over the past year or so, security researchers have found out that a lot of users (using personal assistants in-and-out) have their personal information on stake. For instance, when a user uses an assistant to perform certain actions using commands, their audio (along with a transcript) is sent across to the company’s servers to offer an apt result. Ideally, this information must be deleted soon after the action is carried out and the result has been provided. However, most of the time, companies keep a copy of this information to further improve their services, which is quite unethical.

In case you use Siri or Google Assistant on your smartphone, chances are that your voice recordings were probably being saved all this time. Fortunately, you can delete this information with the help of a few simple steps.

How to Delete Voice Recordings from Siri

With the introduction of iOS 13.2, Apple introduced an option for its users, which allows them to delete their voice recordings completely off of Apple’s servers. The step comes soon after Guardian reported that Apple had hired contractors to listen to a small percentage of Siri commands to improve the functionalities of Siri. Although Apple soon clarified that only 0.2% of Siri requests were reviewed and that they were associated with the user’s device, rather than their mobile number or Apple ID.

To delete your voice recordings from Siri, you need to first update to the latest version of iOS, iOS 13.2. For this, head to Settings > General > Software Update > and download and install the update from there. 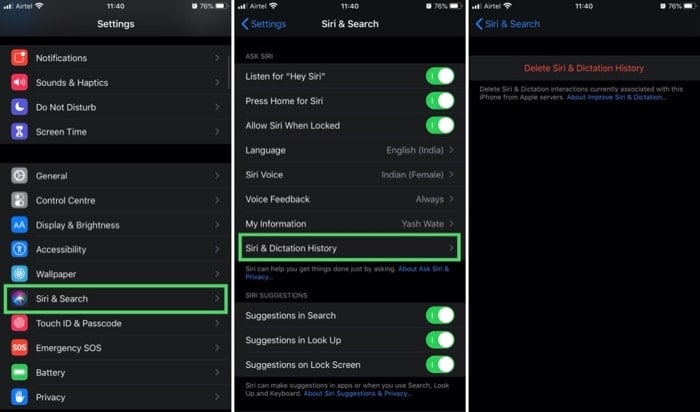 At this point, you just have to trust in Apple and believe that once your request is accepted, all your voice and dictation recordings will be deleted from its servers forever.

Now that you have deleted your previous recordings, you might as well like to stop Apple from recording all your future conversations with Siri. For this, simply go to Settings> Privacy > Analytics and Improvements > and toggle off Improve Siri & Dictation.

How to Delete Voice Recordings from Google Assistant

To delete your voice recordings, you need to first go to Google – My Activity page on your web browser and log in to the account you want to delete recordings of.

Next, under My Activity page, hit Filter by date & product and scroll down to Voice and Audio, tap on it and hit Apply. Now, on the next screen, you will be see a list of all your voice and audio activities. Hit the three-dot button next to Search your activity, select Delete results, and on the alert pop up hit Delete.

Similar to how you can prevent Apple from recording your future conversations, you can do the same with Google as well. Simply go to Voice and Activity Controls, tap on Change Settings and under the Voice & Activity option, toggle off Voice & Audio Activity.

At this point, you have deleted your voice recordings from Apple and Google’s servers and also prevented their assistant services from recording your future conversations. And to be honest, that’s pretty much that you (as a user) can do at your end. As now, it’s up to these companies to prove their allegiance towards their users.

Was this article helpful?
YesNo
TechPP is supported by our audience. We may earn affiliate commissions from buying links on this site.
Read Next
How to See Liked Posts On Facebook [2022]
#Google Assistant #how to guide #Siri #Voice Assistant