Honor seems to have just returned from a long vacation and has got with it some new year gifts for the Indian consumers. The Honor Magic Watch 2, Honor Band 5i, wireless earbuds, and of course, the Honor 9X. The ‘X’ series of phones from Honor gained a fair bit of popularity in India, but they somehow seemed to go off track with fierce competition from Xiaomi, Realme and even Tier-1 brands like Samsung. 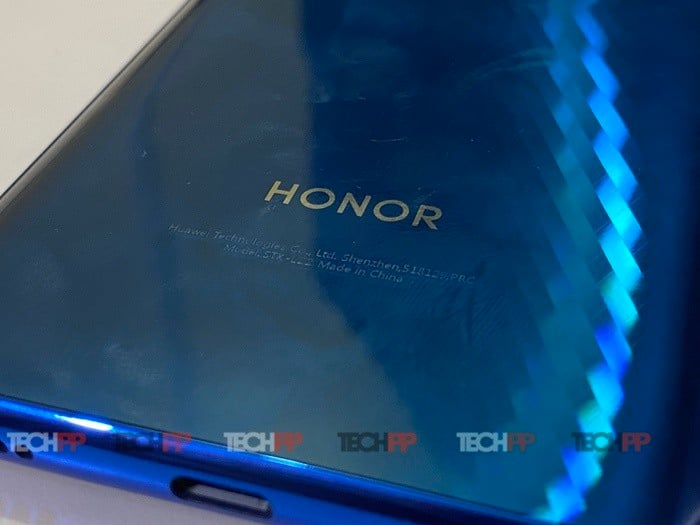 The Honor 8X was launched in India way back in October of 2018 which is roughly a year and three months ago. And in the world of tech, that’s a long, long time. What doesn’t help the cause either is that the Honor 9X was launched almost six months ago in July 2019 in China. However, now that we have the phone with us, we have been using it for a couple of days, and these are our first impressions of the Honor 9X.

The Honor 9X comes in the typical Honor blue color and the reason we say this is that Honor was one of the first brands to use gradient blue patterns on the back of their smartphones. What’s different though is that the 9X, corresponding to its name forms patterns of ‘X’ when the back is subjected to light. Gives a cool look to what otherwise would’ve been a mundane looking back. The back itself is made of polycarbonate and given that it’s glossy, it attracts a lot of fingerprints. 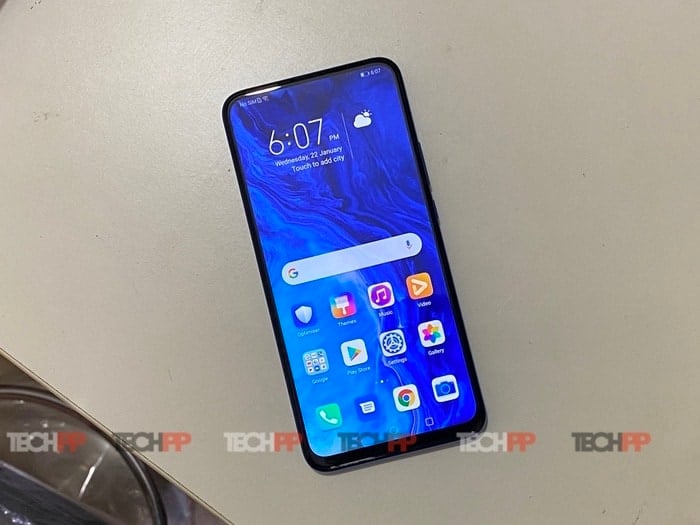 The Honor 9X is one tall and hefty smartphone. With a 6.6-inch display on the front and a 4000mAh battery, the phone is just 4g shy of the 200g mark which makes it quite heavy. The large form factor doesn’t help with this regard either, so using the 9X one-handed would be a daunting task, let alone for long durations. Get ready for some finger gymnastics. The fingerprint scanner is located on the rear and is in a nice reachable position. The headphone jack and Type-C port are at the bottom while the hybrid SIM tray sits next to the pop-up camera on the top. Oh yeah, the 9X is one of the most affordable pop-up camera phones, but we’ll address that later.

The Honor 9X has a huge 6.6-inch display with minimal bezels. The reason we say minimal is because the chin is still quite substantial. The Full HD+ display is an IPS LCD panel which in our opinion lacks vibrancy. The brightness levels are good, but saturation and contrast could have been tuned better. Thanks to the large size, you are going to enjoy consuming content on this display, whether you watch movies or play games. The fact that there is no notch or cutout makes viewing the display a pleasant experience. Viewing angles are good too and the touch response was instantaneous.

I love you Kkkk… Kirin

It’s no surprise that the Honor 9X runs on Huawei’s homegrown Kirin 710F SoC which looks good on paper with 4 Cortex A73 cores and 4 Cortex A53 cores, but loses out to its Qualcomm counterparts like SD 675 or SD 710, or even the MediaTek G90T which are all available at a similar price range. The phone should run day-to-day tasks with ease though, but we’ll have to test it in detail to see how well it performs during intensive scenarios like playing PUBG, so stay tuned for our full review. The base variant has 4GB of RAM along with 128GB of onboard storage. The software is handled by EMUI 9 and Google services are present since the device has been in circulation since July last year. However, the future of the device in terms of software updates is uncertain. 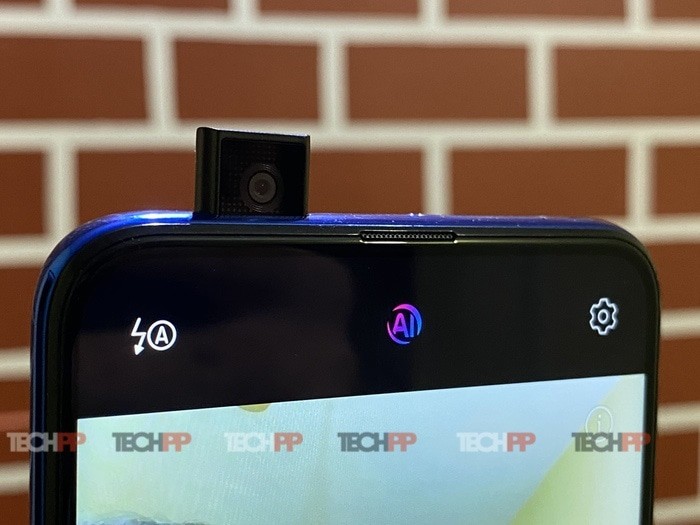 The Honor 9X gets a triple camera setup on the rear with a primary 48MP Sony IMX 586 sensor. This sensor is a proven performer and can take good pictures with the right processing algorithms, which we’ll be testing in our full review. The secondary shooter is a wide-angle lens that is becoming quite popular in this segment, accompanied by a 2MP depth sensor.

The front-facing 16MP camera is housed in a pop-up mechanism which makes the 9X one of the most affordable smartphones without a notch of any sort on the display. You get your regular features like portrait mode, a dedicated night mode, etc. 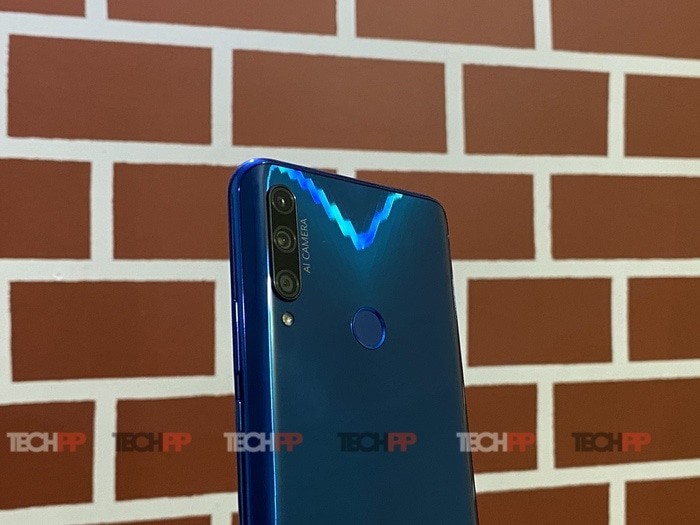 The Honor 9X has a 4000mAh battery which is quite the norm these days for mid-range smartphones. What’s disappointing though is that it comes with a 10W charger in the box with no support for fast charging. You’re going to be plugged in for a lot longer with the Honor 9X.

The Honor 9X has been launched in India for a price of Rs. 13,999 for the base variant. There are a plethora of smartphones in that price bracket of under Rs. 15,000 right from the Redmi Note 8 Pro to the Realme XT to the Vivo Z1x or even Samsung’s M series smartphones. Stay tuned for our full review of the Honor 9X to see how well it fares with its competition.

Was this article helpful?
YesNo
TechPP is supported by our audience. We may earn affiliate commissions from buying links on this site.
Read Next
Poco F3 GT: Made of Mad-deningly Good Design
#First Cut #First Impressions #hands on #Honor #Honor 9X