Not quite the first 5G phone in India

Chinese smartphone maker, Vivo unveiled its sub-brand iQOO last year with the launch of a gaming smartphone in its home market, China. Last month, the company announced its plans to introduce iQOO as a separate entity in the Indian market that would run independently of Vivo. Today, after several teasers and leaks, the company officially announced its first smartphone in the Indian market (as a separate entity). Called iQOO 3, the phone has been extensively marketed as the “first 5G smartphone in India” for weeks now, with some of the other manufacturers also joining in the rally to be the first. While Realme announced the X50 Pro with 5G capabilities yesterday, it is not time to check out what iQOO’s latest offering has in store for its customers. 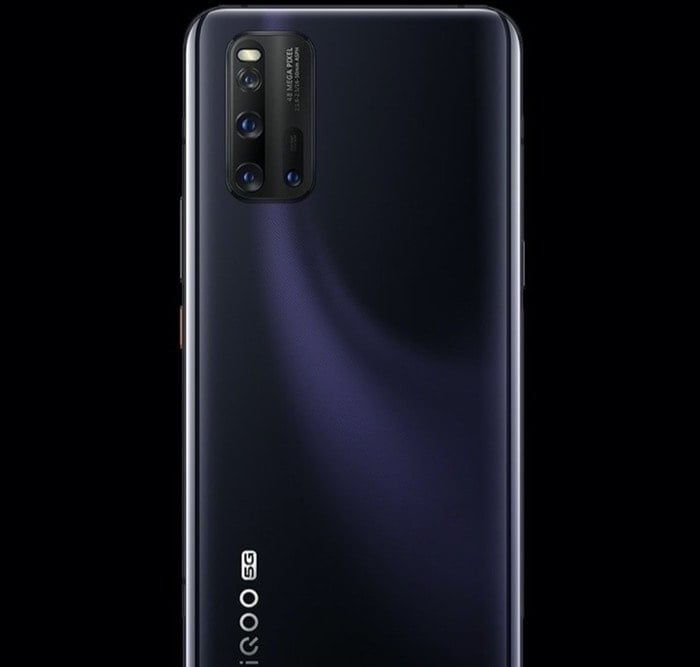 In terms of design, the iQOO 3 features an all-glass design — from the front to the back — with Corning’s Gorilla Glass 6 on top for better protection. It comes in three colorways: Volcano Orange, Quantum Silver, and Tornado Black. Taking into consideration the growing gaming scenes in the country, the company has included Monster Touch Buttons on the device with two pressure-sensitive buttons along its side frame to aid with better multi-finger operations while gaming.

Towards the front, the handset flaunts a 6.44-inch Polar View SuperAMOLED display that offers a 91.4% screen-to-body ratio with up to 1200 nits of brightness, HDR 10+ support, and 180Hz touch response rate. The display comes with TUV Rheinland eye protection and also includes a cutout on the top-right corner to house the front-facing camera and an in-display fingerprint scanner for authentication.

Under the hood, the iQOO 3 has the latest Qualcomm Snapdragon 865 processor with Adreno 650 GPU, running at its core. The Snapdragon 865 is the latest offering from Qualcomm, built on a 7nm process, with an X55 modem for 5G capabilities. Besides, the phone comes with 8GB / 12GB of LPDDR5 RAM and 128GB / 256GB of UFS 3.1 storage. To fuel up the internals, it includes a pretty impressive (on paper) 4440 mAh of battery, with 55 W FlashCharge support, which according to the company, can charge 50% of the battery with just 15 minutes of charge.

The handset comes with a 3.5mm audio jack and a Hi-Fi chip (high-quality audio DAC) — which is something to cheer for if you’re into Hi-Fi audio — and is claimed to be Hi-Res audio certified. Additionally, it has Monster Touch Buttons (as already mentioned) along with 4D Game Vibration for offering an immersive gaming experience. Among other things, the iQOO 3 includes an in-display fingerprint scanner for authentication that claims to unlock the device in 0.29sec (with screen ON) and 0.31sec (with screen OFF) and a bunch of other gaming-enhancement features like ultra-game mode, iQOO multi-turbo, and a vapor cooling system — to keep the device cool and prevent throttling.

On the software front, the iQOO 3 runs on iQOO UI 1.0 based on Android 10, out of the box. The iQOO UI is the company’s in-house skin that comes with a range of features and enhancements. To begin with, it offers a dark mode — adopted by most brands these days, an always-on display, a dedicated Monster mode – that suggests offering better performance out of the device, quick launch apps, Jovi Smart Scene, and Game Assistant, along with a bunch more.

In the camera department, the iQOO 3 sports a quad-camera setup on the rear, with an LED flash. This setup includes a 48MP primary (Sony IMX582) sensor with f/1.79 aperture, accompanied by a 13MP telephoto lens with f/2.46 aperture and 20x digital zoom, a 13MP ultra-wide sensor with f/2.2 aperture, and a 2MP macro lens with f/2.4 aperture. The camera comes with a bunch of enhancement features like super night mode, super anti-shake, portrait bokeh, portrait light effects, AR stickers, and a lot more.

On the front, the phone includes a 16MP front-facing (Samsung) camera with f/2.45 aperture — housed within the cutout on the top-right of the display — for selfies. Similar to the rear camera, the front camera also gets a range of enhancement features such as super night selfie, portrait light effects, AI makeup, AR stickers, gender detection, and a few more.

iQOO 9 Pro Review: The First Great Phone of 2022
Read Next