USB-C and USB-PD are clearly the standards to follow for brands going forward. The dream of every tech connoisseur has always been carrying a single charger and a single cable to charge every single gadget/device. Most modern-day phones ship with a USB-C port (barring iPhones, of course, because the royalty through lightning is a big source of revenue) and a lot of new laptops also charge through USB-C. Heck, Apple even got rid of all conventional ports on the MacBook way back in 2016 itself in favor of USB-C (the irony). 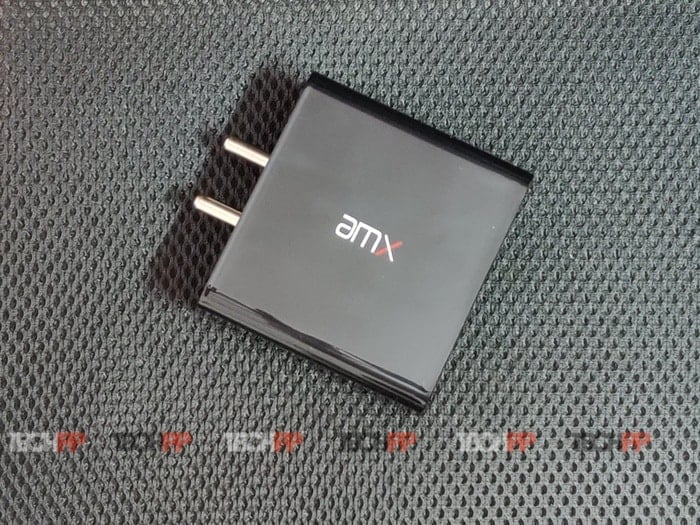 While most smartphones use proprietary fast-charging solutions or Qualcomm’s Quick Charge technology, most laptops or bigger gadgets that need a lot of power make use of USB-PD or USB Power Delivery to achieve power outputs of up to 100W. Hence, having an adaptor-cable combo that can achieve a high enough output rating to charge your laptop and at the same time even quick-charge your phone makes things much more convenient if you travel a lot, or just helps you keep your desk and wall socket free from a lot of clutter. 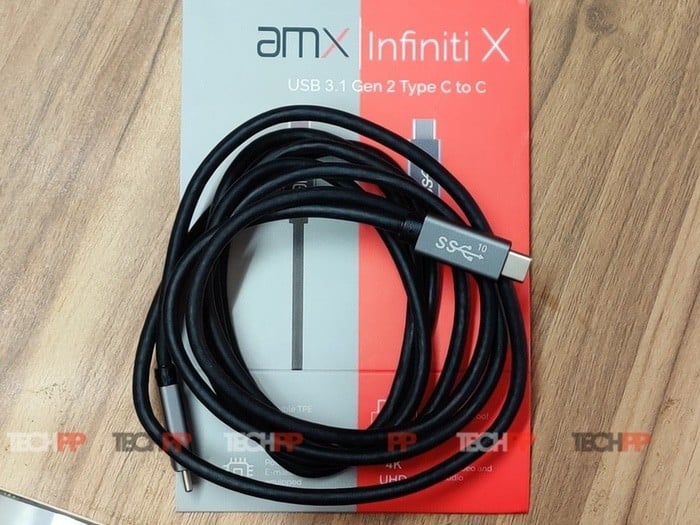 The amx XP 60 4-port charger does exactly that, and it does it without being too harsh on your wallet. If you’re looking for a multi-port fast charger for your smartphones and notebooks, let’s see if you should spend your money on the amx XP 60. We’ll also be talking about their Infiniti X USB 3.1 Gen 2 Type-C to Type-C cable since we used both in conjunction.

Let’s talk about the XP 60 charger first. We were sent two variants of the charger and both are identical in terms of functionality. The only difference between the two is that one of them has a glossy finish while one has a matte exterior. The glossy one seems to be the newer updated version as it comes with an adaptor in the box (which we’ll talk about in a bit). The glossy exterior, as expected, attracts a lot of smudges and when combined with the not-so-premium looking plastic construction does not look very aesthetic. 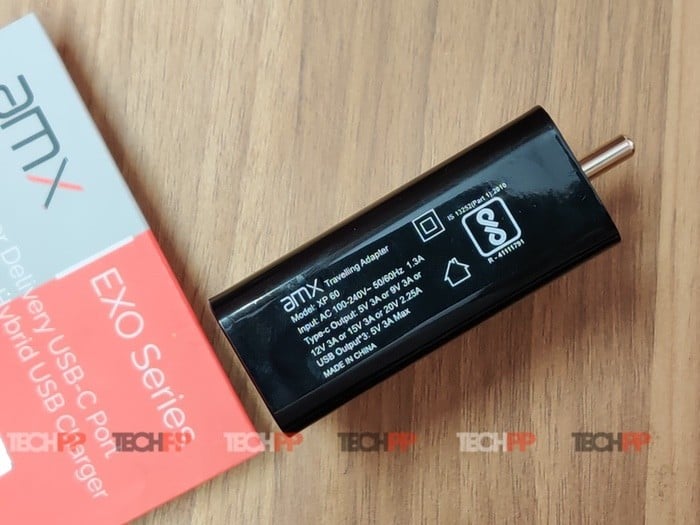 The construction of the power brick, however, is solid and robust. The overall footprint of the brick is large and hence, it occupies a lot of space on your wall or on a power strip and if your sockets are close to one another, it also ends up blocking the adjacent socket or at times, may not even go into the socket completely if there’s a switch coming in its way. To try and tackle this issue, amx has bundled in an adaptor with the newer version that extends the brick from the socket slightly. This fixes the issue to a certain extent, but it would still be nice if amx reworked the design a bit on their future products.

Speaking about the Infiniti X cable, it’s 6 feet long which is great for charging your laptop and if the socket is far off. The cable is really thick and feels sturdy. The rubber sealing at the ends of the cable could use some polishing and refinement though.

The XP 60 adaptor has a single USB-C port with a maximum output rating of 45W along with three USB-A ports with a maximum rating of 17W each. However, the maximum output at a time from the adaptor is 62W which means if you’re charging a device at 45W from the USB-C port, only one of the three USB-A ports can charge at 17W. If you’re using all three, the power would be split evenly across all the ports. We tested out the USB-C port’s output by charging the Galaxy Note10+ using the amx Infiniti X cable and the 4500mAh battery charged completely in 1 hour. This is because the Galaxy Note10+ officially has support for 45W PD. If your phone does not have support for USB-PD, you cannot take full advantage of the high-power output. 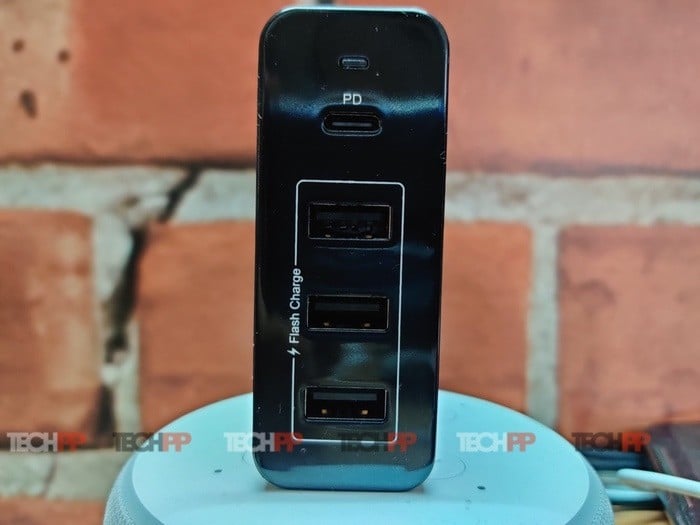 To test the USB-A port, we charged the Redmi Note 9 Pro (Review) which has support for up to 18W charging and the 5000mAh battery charged fully in 2 hours and 10 minutes which is on par with the adaptor that comes within the box with the phone. You can charge small laptops like an Ultrabook or a MacBook Air or even a 13-inch MacBook Pro using the USB-C port which means you would only have to carry this particular charger to charge both your laptop and phone and you can leave your laptop and phone chargers at home to save space. 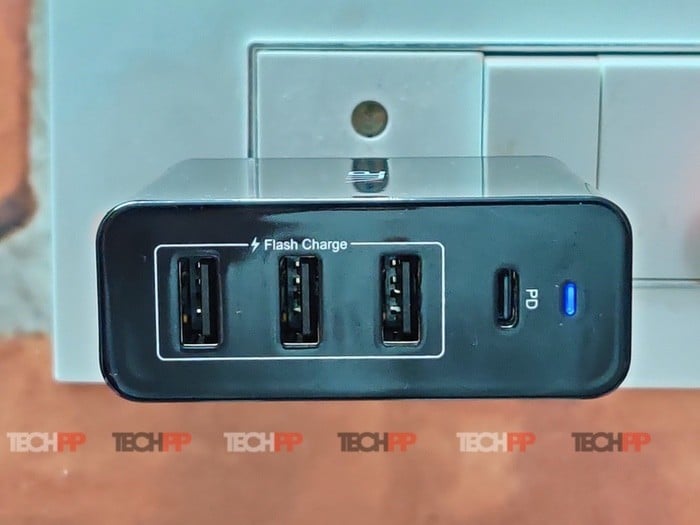 However, if you have a laptop with a CPU having a high wattage, let’s say the 15-inch MacBook Pro, you will not be able to charge it at just 45W. You will be able to use the Infiniti X cable with your MacBook charger though since it supports output of up to 100W. The cable also has an E-maker power delivery chip and can even output 4K audio and video and perform data transfer at a rate of up to 10GBPS.

Are they value for money? 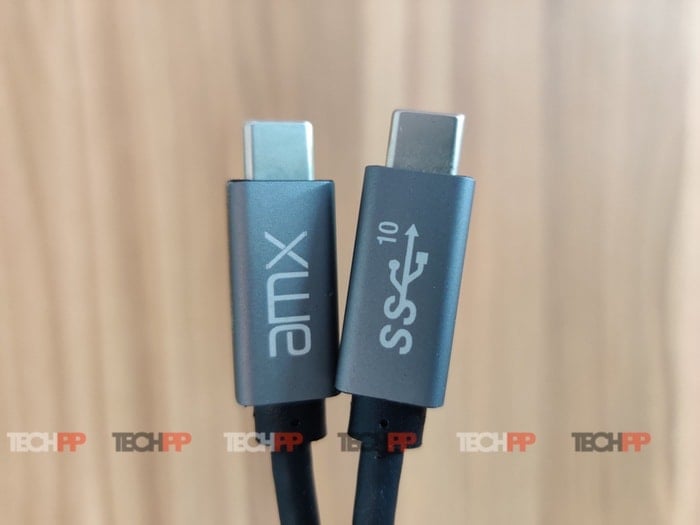 Totally! The amx EXO series XP 60 adaptor sells for Rs. 1,699 in India and for that price, there are no other competitors offering 45W PD through a USB-C port. The Infiniti X USB 3.1 Gen 2 Type-C to Type-C cable retails for Rs. 999 and can deliver up to 100W, again, something that no other brand offers for that price. If you buy both the adaptor and the cable together as a bundle, it costs Rs. 2,499 which means you’re essentially getting the cable for Rs. 800 which is surely a bargain. If we have to speak about alternatives, we’ve used multi-port power bricks from brands like Aukey and Anker in the past which are pricier and offer similar functionality, so the one from amx is surely bang for your buck.