Apple has just announced the much-anticipated new 13-inch MacBook Pro with Magic keyboard, ditching the old Butterfly keyboard. The latest offering from the Cupertino-giant comes with the 10th-generation Intel processors and doubles the storage across all its standard configurations. Let’s dive in and check out the new MacBook in detail. 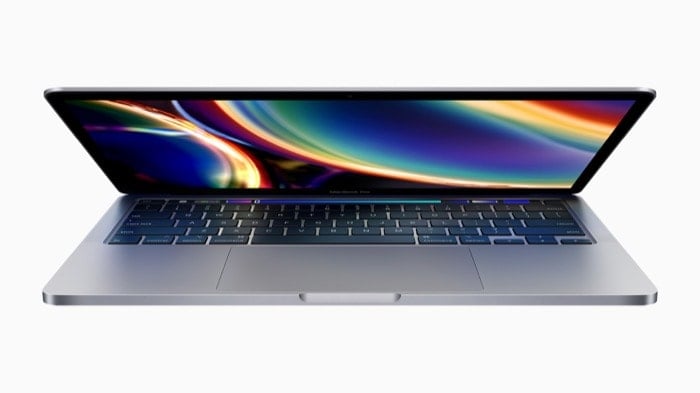 In terms of design, the new 13-inch MacBook Pro follows the same design language as its previous models, with a sleek aluminum unibody chassis that comes in space gray and silver colorway. Upfront, it includes the 13-inch Retina display with 500 nits of brightness and support for P3 wide color gamut. The display leverages Apple’s True Tone technology to provide natural colors and reduce eye strain to enhance the viewing experience. Among other things, the laptop comes dual-speakers on either end with the wide-stereo sound, a Force Touch trackpad, Touch ID for simplified authentication, and Touch Bar for basic controls.

As already mentioned, the newest update for the MacBook Pro comes with Apple’s Magic Keyboard, which was first seen on the 16-inch MacBook Pro, and then later, got featured on the MacBook Air. The new Magic keyboard, essentially, includes the redesigned scissor mechanism that comes in with 1mm of key travel to offer better durability and ensure a comfortable typing experience. Additionally, it also brings back the Esc key, which has been missing on the older models with Touch Bar. 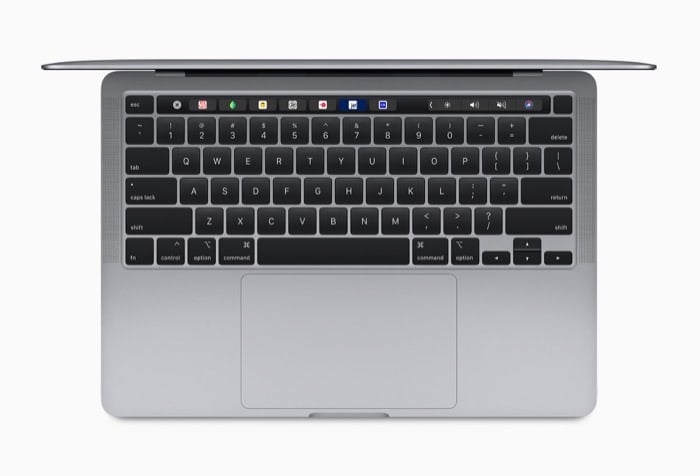 Talking about performance, the new 13-inch MacBook Pro is powered by the 10th-generation quad-core Intel Core processors under the hood. These processors come with Turbo Boost speeds of up to 4.1 GHz and feature integrated Intel Iris Plus Graphics that promises to deliver up to 80 percent faster performance than the previous generation model. Moreover, the new graphics also allow the ability to connect to a Pro Display XDR display at full 6K resolution.

On the software front, the MacBook Pro runs on macOS Catalina out of the box, which is the latest version of Apple’s operating system for its computer lineup. As for security, much-like its previous generation MacBook offerings, the new model gets Apple’s very own T2 Security Chip, which protects the Touch ID data and offers new and improved encryption for storage along with secure boot capabilities.

The all-new 13-inch MacBook Pro starts at $1299 for the standard configuration. It is already up for pre-order in the US starting today and will be available later this week.

As for India pricing, the 13-inch MacBook Pro comes at Rs 1,22,990 for the standard configuration and is expected available soon.

Was this article helpful?
YesNo
TechPP is supported by our audience. We may earn affiliate commissions from buying links on this site.
Read Next
With Football Manager 2023 Touch, Apple Arcade finally has its “killer ...
#13-inch MacBook Pro #apple #MacBook Pro