Apple unveiled the latest version of its mobile Operating System, iOS 14 yesterday at the WWDC keynote. iOS 14 adds some major updates and features that iOS users have been asking for a long time. While most of the changes are regarding visual elements, there are some under-the-hood changes and newly added features with the core idea of providing a more convenient experience to the user. While the overhaul is not as big as that of macOS Big Sur, iOS 14 looks promising and aims to increase productivity. Let’s go over all the new features and changes introduced in iOS 14 and give you a brief overview of how they work. 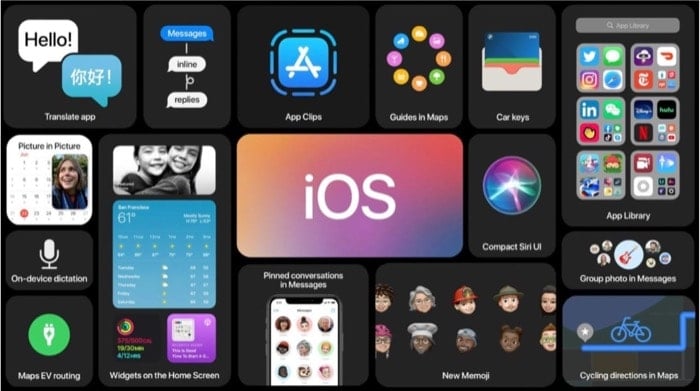 The biggest changes come in the form of home screen elements that are now closer to Android than ever, along with changes to some default iOS apps like Maps, Messages, CarPlay, etc. Let’s elaborate on each of them. 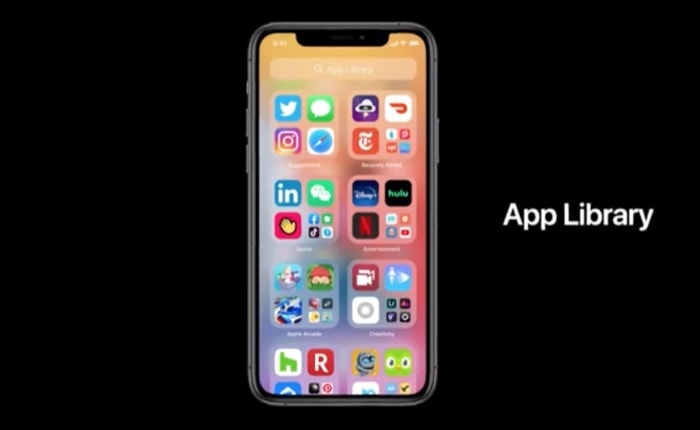 App Library is essentially an app drawer for your iPhone. If you’ve used an Android device, you would probably know that all the apps on an Android smartphone are listed in an app drawer that is separate from the home screen. Until iOS 13, Apple displayed all your installed apps on multiple pages on your home screen, which made it cluttered and hard to find the required apps. To fix this, they’ve introduced App Library on iOS 14, which displays all your installed apps based on categories and makes it easier for you to find the app you need. You can access your most or most recently used apps from this pane. 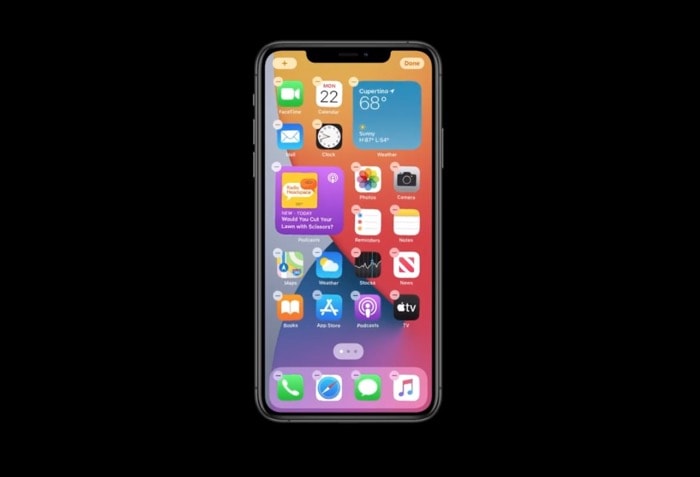 This is another feature that Android has been offering for years and has finally made its way to iOS. While one could add widgets on their iPhones, it could only be done on the left-most page of the home screen which only housed widgets. However, with iOS 14, you will now be able to widgets wherever you want on any page of your home screen and even resize them to fit wherever you want. This gives a more modern touch to your home screen and makes it easier to access quick info at a glance. 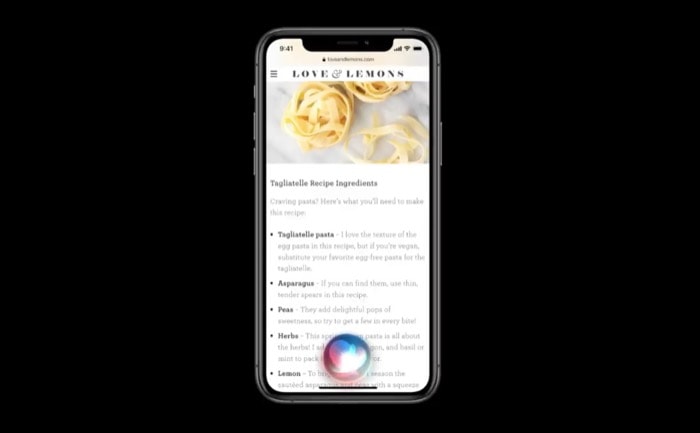 One big gripe of iPhone users over the years has been that Siri takes up the entire screen real-estate when triggered which hampers the device’s usability. Well, that’s been fixed too. Siri will now pop up as a small circular icon on the bottom of your screen, and the results will be displayed in the form of a notification banner which will not hinder whatever you’re doing on your iPhone.

It looks like iOS 14 is all about Apple listening to its consumers, finally! Just like the complaint with Siri, all incoming calls on the iPhone would take up the entire screen, and hence, one could not go about doing their work on the iPhone without having to either dismiss the call or wait for the other person to hang up. Thankfully, Apple has addressed this too with iOS 14, and now, just like on Android, an incoming call will be displayed as a notification banner. You will be able to either accept or reject the call without having to stop whatever you’re doing on your iPhone.

Dictation has been present on iOS for a long time. However, it uses your Wi-Fi network or mobile data to process your voice input to text. With iOS 14, Apple has made the process completely offline which means all the transcription happens right on your phone itself, that too without an active internet connection which makes it faster. This is also a good step for privacy since your data no longer need to leave your device.

iOS has been missing a default Translate app, and that void has also been filled on iOS 14. Users no longer have to rely on third-party translation apps like Google Translate as the default Translate app will now handle it for you. What’s better is that Apple’s translate app will also work completely offline, just like dictation so if you’re traveling. You don’t have network connectivity; you can use offline translation to communicate in a language you’re unfamiliar with.

The Messages app on iOS 14 has received some major updates and features, starting from pinned conversations. You can now pin important conversations to the top of the Messages app, which will help you access those conversations quickly. The pinned messages will be denoted by the image of the contact with whom you’re having the conversation. Also, Memojis has been updated with support for new styles, faces, accessories like hats and face masks, etc.

Another important addition to iMessage is in-line replies. If you’ve used WhatsApp, you know that you can individually reply to messages in a conversation or group chat by quoting the message you’re replying to. You will now be able to do this on iMessage as well. The last change in the Messages app is to do with Groups. Groups will now show the icon of the person who last sent a message to the group, so it’s easier to identify the group. 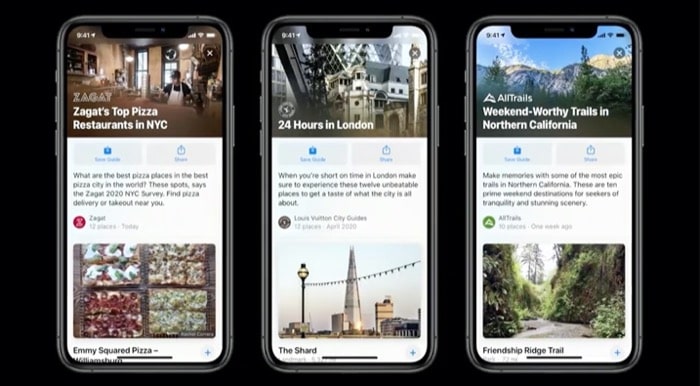 Apple Maps has also got a much-needed update since it was quite barebones compared to Google Maps. However, Apple has tried to address that by introducing Guides which is a service to help you find places of interest or restaurants and stores close by, along with reviews and directions to get there. There’s a new cycling mode, and if you own an electric vehicle, there’s EV routing s well to help you save charge and also add charging stops on your route depending on your vehicle’s battery percentage.

CarPlay, Apple’s service that lets you link your phone to your vehicle is getting new wallpapers and apps that can better understand your vehicle while giving you a better experience while using it to either navigate or just play your music while you drive. 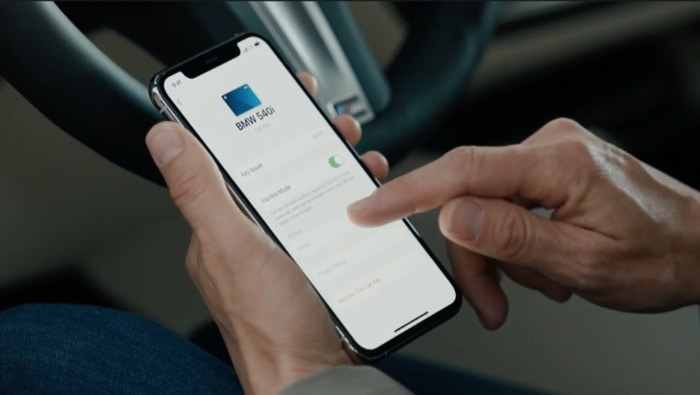 This was one of the biggest rumored features to come to iOS 14, which has now become a reality. You can now store your car keys in CarPlay on your iPhone and use NFC to unlock and start your car. You can even share your car keys with your friends and family through iMessage. Apple is working closely with car manufacturers to enable this on as many cars as possible, starting with BMW. This is an extremely convenient feature since you won’t need to carry your car keys with you anymore. 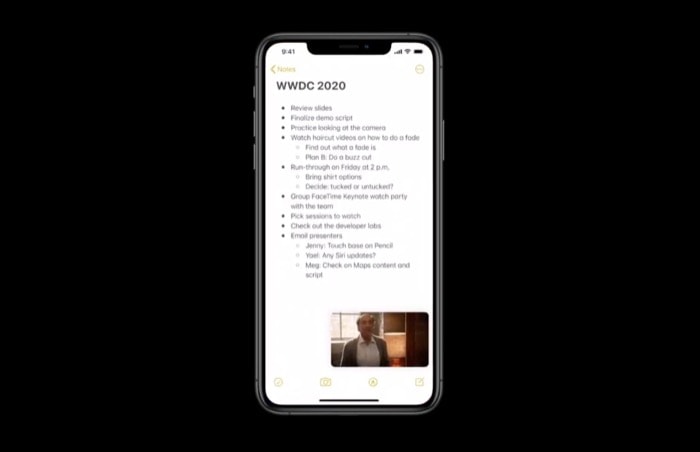 As the name suggests, picture-in-picture lets you minimize your videos and play them in a small window that floats on the screen and can be dragged and repositioned. If you’re doing some work or you want to take notes while watching a video, this is the best way to go about it since the small window is also resizable and can be placed where you want. This works on Apple TV+ and YouTube and should ideally work on any video streaming platform. 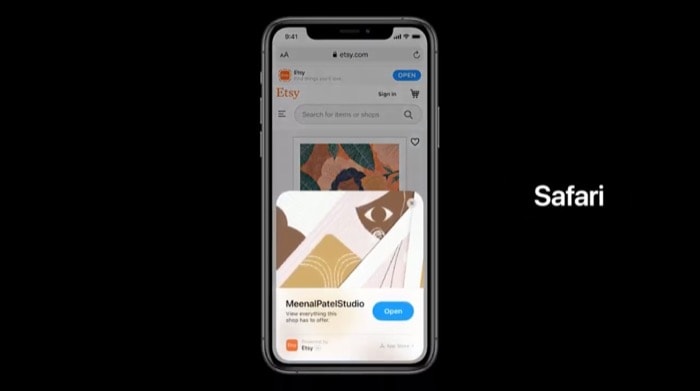 App Clips are like instant apps introduced on Android, but with a much cleaner and faster interface. App Clips on iOS14 let you instantly access elements of an app that you don’t have on your phone. For example, if you’re in a coffee shop and don’t have their app to place an order, you can just scan a QR code and access an App Clip instantly and use a mini or lite version of the app to place your order once instead of downloading the entire app.

The final change which may be as important as other new features of iOS 14 in this list is the ability to now change your default browser and email client on your iPhone. While Safari and the Mail app were the default apps on iOS 13, you will now have the option to change it to either Chrome and Gmail or any other app of your preference.

While this feature was not announced on stage, iOS 14 has a setting buried under Accessibility that lets you tap twice or thrice on the back of your iPhone to perform certain tasks like jumping to the home screen, taking a screenshot, etc. This can be extremely handy for assigning shortcuts as per your convenience.

These were a few latest features and additions to iOS 14 that made it a major update to iOS for a long time. If you’re wondering about the supported devices and if your iPhone will get the latest iOS 14 update, you can check our article that lists out supported devices, but if you’re using an iPhone 6S and above, you’re covered. iOS 14 Developer Beta is already available to run on iPhones, with a public beta slated to launch next month. The official rollout of a stable version of iOS 14 is expected to come alongside the new iPhones sometime in September.

Was this article helpful?
YesNo
TechPP is supported by our audience. We may earn affiliate commissions from buying links on this site.
Read Next
Alert! You’re Hiding Sensitive Information From Your Images on iPhone W...
#apple #iOS 14 #WWDC 2020