Reliance Industries Limited, at its 43rd Annual General Meeting, today, announced that Google is making an investment of $4.5 billion in its Jio Platform for a 7.73 percent stake in the company, making it the 14th investment in Jio Platforms in a period of close to 3 months. The $4.5 billion investment is a part of Google’s India Digitization Fund of $10 billion (for a period of 5-7 years), which the Alphabet and Google CEO, Sundar Pichai, announced a couple of days back. Building on to the partnership, both Google and Jio are now coming together to develop an Android-based operating system for entry-level smartphones in the Indian market. Here are some of the insights into the deal. 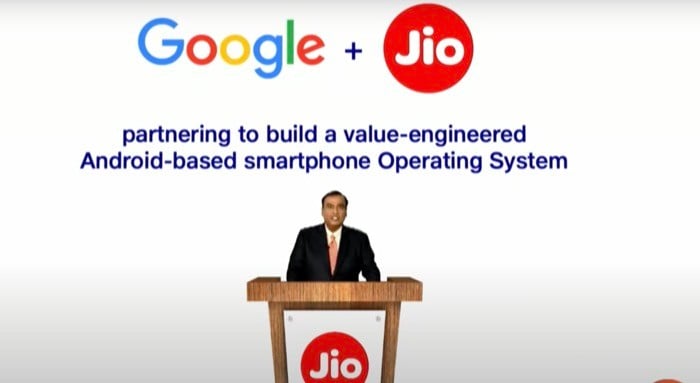 Looking at Reliance’s approach over the past few years — especially since the launch of Jio — the company has been striving to make data more affordable and connect a large number of people, untouched with the country’s digital revolution, to the internet. At first, it introduced 4G connectivity, and along with that, brought in new tariffs for data and call, which were comparatively lower than other carriers, in an effort to avail cellular connectivity and internet to the masses. Building on the same pedestal, it later introduced the Jio Phone for a price of Rs 1500, and soon after, introduced newer models for the same.

In addition to Jio, which has been working towards helping with the digitization of the country, as mentioned earlier, Google has also made efforts for the same, over the years, by introducing a range of new offerings like the addition of local Indian languages across some of its popular apps/services; introduction of offline mode features that help those with network connectivity issues; new payment system: Google Pay; to name a few.

And now, together, the two tech giants are unitedly treading on a new path to avail and extend their services to even more people in the country with a new Android-based operating system to power the affordable, entry-level 4G/5G smartphones.