Expanding its M-series lineup, Samsung has today announced a new budget smartphone, the Galaxy M01s. The M01s is identical to the Galaxy M01, announced earlier, except for a few changes. Some of the highlights of the device include a MediaTek Helio P22 processor, a 4000mAh battery, and a rear-mounted fingerprint scanner. Let’s dive in to check out some of the other specifications and the pricing. 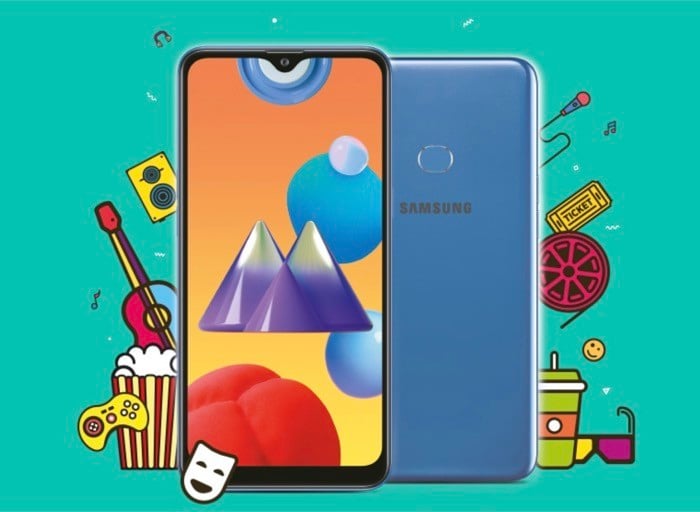 The all-new Galaxy M01s comes with a plastic back on the rear, with a dual-camera array arranged vertically and a fingerprint scanner in the center. Towards the front, it has a 6.2-inch TFT LCD with an HD+ screen resolution and an (Infinity-V) style notch — to house the front-facing camera. The M01s comes in two colorways: Gray and Light Blue.

Under the hood, the Samsung Galaxy M01s runs on an octa-core MediaTek Helio P22 processor with IMG PowerVR GE8320 GPU. Assisting the processor is 3GB of RAM and 32GB of internal storage (expandable up to 512GB with a microSD card). To power the internals, there is a 4000mAh battery.

Talking about other hardware specifications, the M01s comes with dual 4G VoLTE, Wi-Fi 802.11 b/g/n, and Bluetooth 4.2, for connectivity. And includes a rear-mounted fingerprint scanner for authentication and a 3.5mm audio jack. On the software front, the device runs on One UI Core 1.1 based on Android 9, out of the box. 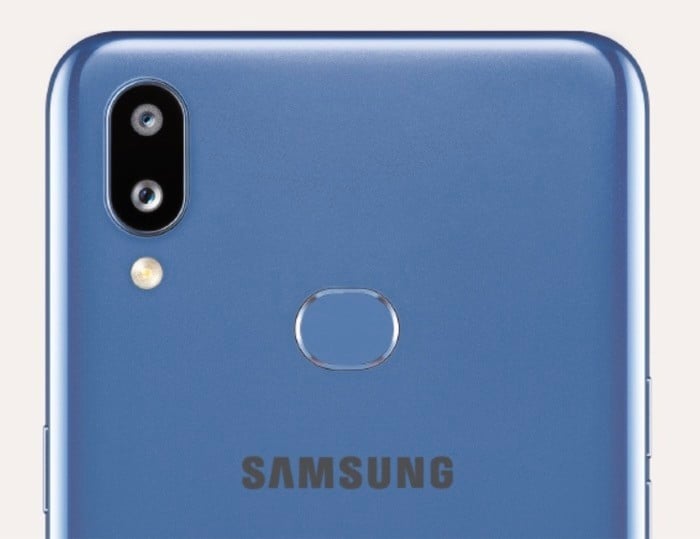 The Samsung Galaxy M01s comes in only con configuration: 3GB + 32GB, priced at Rs 9,999. It will go on sale on Samsung retail stores, samsung.com, and major e-commerce platforms.