With its X-series lineup, Vivo has been focussing on improving the camera tech on their smartphones for quite a few years now. And its latest offering, the X50 series, further adds to the tally. The X50 lineup was originally announced in China last month and included three smartphones: X50, X50 Pro, and X50 Pro+. And now, via a digital-only event, the company today introduced the series in India. Although, unlike China, Vivo is only bringing two models to India: X50 and X50 Pro. Let’s find out more about these devices in detail. 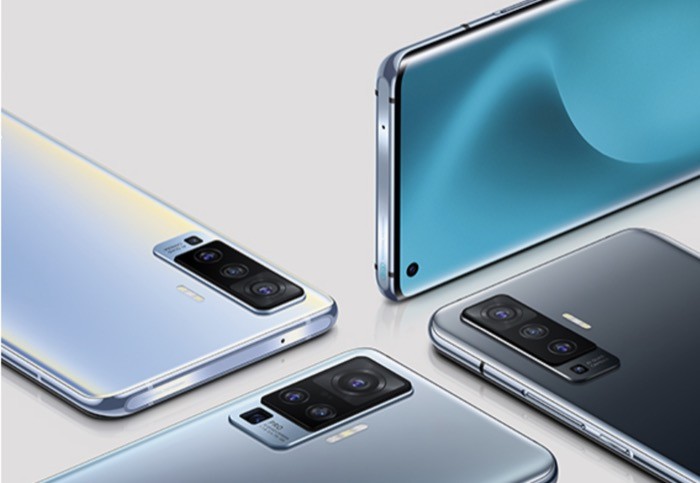 To begin with, the X50 lineup in India shares a majority of similarities from the Chinese variants. And except for a few changes, the devices are pretty much identical.

In terms of design, both the X50 and X50 Pro come with what the company calls, Dual Tone Step design. Essentially, the design helps the device mitigate the camera protrusion to give it a visually slim and sleek profile. Towards the front, the phones share a 6.56-inch OLED from Samsung with support for HDR 10+ and a 90Hz refresh rate. Both displays feature a hole-punch cutout on the top for housing the front-facing cameras. However, while the X50 has a regular flat display, the X50 Pro offers a 3D curved display.

Under the hood, the X50 and X50 Pro come with different chipsets. The vanilla X50 runs on the Snapdragon 730 with Adreno 618 GPU, whereas, the X50 Pro utilizes the powerful Snapdragon 765G with Adreno 620 GPU. Assisting the processors is 8GB of RAM and 128GB / 256GB of onboard storage on both models. To power the internals, there is a 4200mAh battery on the X50 and a slightly bigger 4315mAh on the X50 Pro.

As for other specifications, the two phones come with an in-display fingerprint scanner for authentication and run on Android 10.

On the front, both phones come with a 32MP shooter for selfies.

The Vivo X50 comes in two configurations: 8GB + 128GB and 8GB + 256GB, priced at Rs 34,990 and Rs 37,990 respectively. Similarly, the higher-end model, the X50 Pro comes in just one variant: 8GB + 256GB, which comes in at Rs 49,990. Both phones will be available for purchase starting July 24, whereas the pre-bookings open today via a host of offline and online retailers including Reliance Digital, Croma, Flipkart, Amazon, Vijay Sales, Paytm Mall, and Tata Cliq.

In addition to the X50 series, Vivo has also announced the TWS Earbuds Neo, which is priced at Rs 5,990.

Was this article helpful?
YesNo
TechPP is supported by our audience. We may earn affiliate commissions from buying links on this site.
Read Next
[Face Off] Vivo T1 vs Redmi Note 11
#Vivo #Vivo X50 #Vivo X50 Pro