Nvidia Corp, on Sunday, said it is acquiring the popular chip designer, Arm, from Softbank for $40 billion. The deal, which has been rumored for quite some time now, is slated to be completed over the course of the next 18 months — somewhere in 2022. Once official, the graphics giant Nvidia is expected to leverage the chipmaker’s prowess to further the development of its AI computing platform. 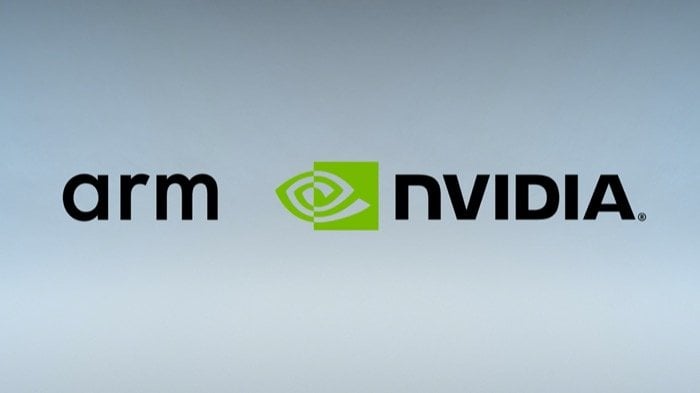 To give you some background, Arm licenses its IP to companies such as Apple, Samsung, and Qualcomm, which further customize its architecture as per requirements. As of now, Arm chipsets can be seen powering smartphones, tablets, a few notebooks, and data centers. To add to that, at the WWDC, earlier this year, Apple announced that it will employ Arm chipsets, as opposed to its own, with the upcoming Mac lineup.

Coming back to the acquisition, the deal, which is settled at $40 billion, will involve Nvidia paying a combination of $21.5 billion in stock and $12 billion in cash, to Softbank. In addition, as per the agreement, it will also provide $5 billion (in cash or stock) to Arm, depending on its financial performance. The deal also has something in store for the Arm employees, who are said to be offered $1.5 billion in Nvidia stock.

Moving to the logistics, as part of the deal, Arm will operate as a division of Nvidia and will continue to ‘operate its open-licensing model while maintaining the global customer neutrality’. To attest to the same, the deal mentions that Arm will continue to be headquartered in Cambridge (UK), which will also be home to its upcoming AI developments. This is likely going to involve a ‘state-of-the-art AI supercomputer’, powered by Arm CPUs, which the company suggests will ‘attract researchers and scientists from the UK and around the world to conduct groundbreaking work.’

Both Softbank and Arm will abide by their agreement to ‘satisfy the undertakings made by SoftBank’ at the time the Japanese conglomerate acquired Arm in 2016 for $31 billion. At the end of which (with the signing of the deal with Nvidia), Nvidia will take into account all the proceedings. And, as a commitment to Arm and the UK, will build Arm’s R&D facilities in the UK, along with training centers and startup incubators.

While the deal has now seen a conclusive agreement, it is subject to antitrust and regulatory scrutiny before it is signed and sees further developments.

TechPP is supported by our audience. We may earn affiliate commissions from buying links on this site.
Read Next
Apple Ditches Intel Processors in Favor of Custom-built ARM SoCs for Future Macs
#ARM #nvidia #Softbank