Routine does not cut it for some brands. Not even when the routine is pretty much magnificent. And that is the case with the OnePlus 8T 5G.

For, make no mistake about it, the latest OnePlus ticks most of the boxes you would expect on an Android flagship. It is very sleekly designed and is made of premium materials (glass front and back), is powered by a flagship-level chip (Qualcomm Snapdragon 865), has oodles of RAM and storage to spare, supports 5G, and comes with a good camera arrangement. Oh, and for good measure, it also throws on the latest Android. 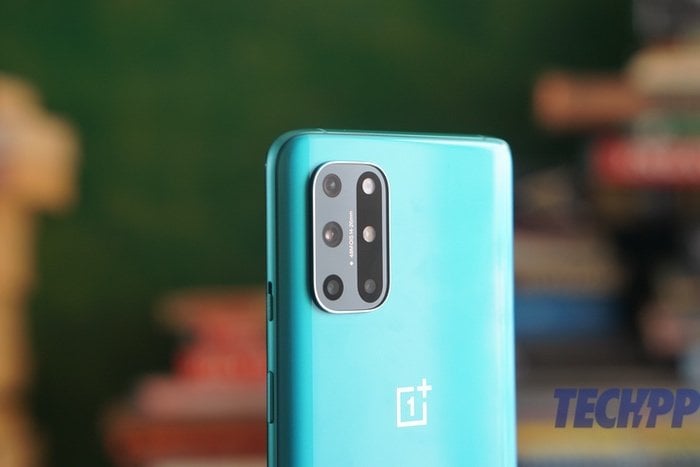 So what is wrong with that? Well, nothing really. In fact, the only thing that one can hold against the OnePlus 8T is the relative lack of surprise. We even knew it would be coming around this time. The challenge is that this is a OnePlus, the brand that is supposed to never settle. And there is something rather settled about the OnePlus 8T.

No plus to the chip, but still a flagship!

There is no doubt that with its 6.55 inch Fluid AMOLED display with a 120 Hz refresh rate, its gently curved 3D Corning Gorilla Glass back, and its shade of Aquamarine Green, make the OnePlus 8T a very striking phone. But the rectangular camera unit gives it a look that is relatively similar to those of other flagships out there. Do not get us wrong – it looks good and very stylish, but it does not look as different from the flagship crowd as the OnePlus 7T did (and still does).

Rather surprisingly, the 8T does not get the upgraded version of the Qualcomm Snapdragon 865 processor (the 865+), and sticks to the 865 that we saw in the 8 and 8 Pro a few months ago. But that does not retract from its potential as being one of the best chips around on a smartphone. Allied with 8 GB/ 128 GB and 12 GB/ 256 GB RAM and storage options, and that too with UFS 3.1 storage, and you can be assured that the OnePlus 8T will be one of the more speedy devices around, and will handle pretty much anything you throw at it.

Whatever you throw at is also likely to look terrific on that 6.55-inch display which now gets a 120 Hz refresh rate. We are still not very sure if a high refresh rate is a must-have but from what we can see, this is a very vivid and bright display, and we like the fact that it is flat rather than curved. Add stereo speakers to the mix and the OnePlus 8T has immense multimedia potential. Oh, and for good measure, it also throws on the latest Android, as well as a large 4500 mAh battery that gets charged in about forty-five minutes thanks to a 65W charger.

So in love with that Sony IMX 586 sensor 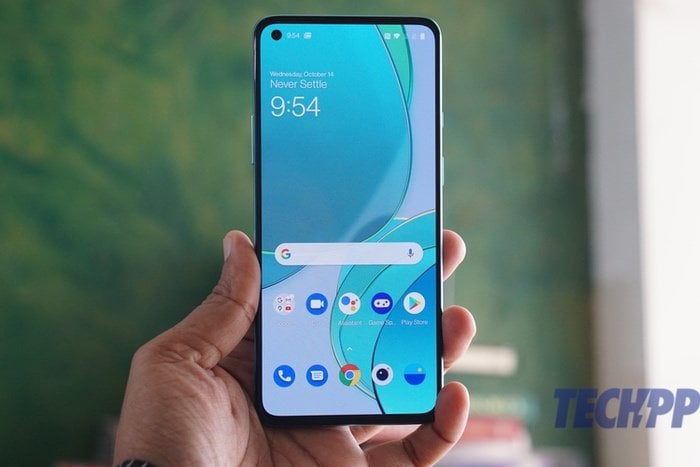 When it comes to cameras, the 48-megapixel Sony IMX 586 sensor is becoming to OnePlus what the Qualcomm Snapdragon 625 was to Xiaomi a few years ago. We saw the sensor on the OnePlus 7 Pro last year and it makes another appearance on the OnePlus 8T, accompanied by a 16-megapixel ultra-wide sensor, a 5-megapixel macro sensor, and rather intriguingly a 2-megapixel monochrome sensor. Now, the IMX 586 is a very capable sensor and it comes with OIS and EIS, which should make it formidable in the low light and video category, but there will be some who will wish that OnePlus had opted for a newer sensor here, especially given the fact that many mid-segmenters have moved up to the IMX 682 and 686. We will however reserve our own opinion until we have seen the results that this camera combo churns out. The 16-megapixel front camera, however, is a bit of a let-down for us, especially after the dual-camera arrangement on the Nord.

A fresh breath of oxygen? 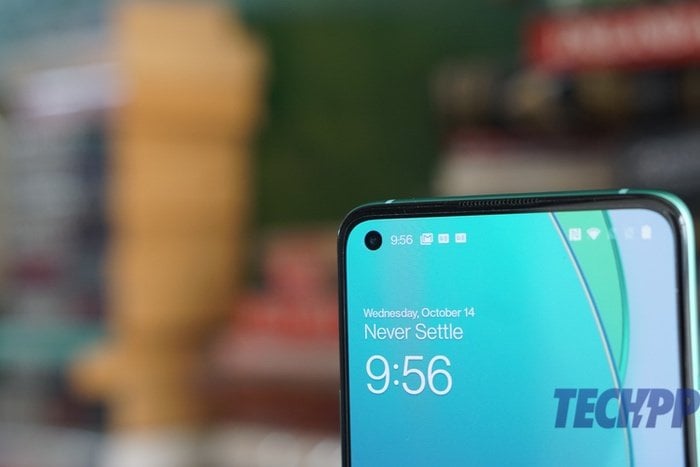 Perhaps the biggest highlight of the OnePlus 8T is the new UI. OxygenOS 11, which runs on top of Android 11, has been sharply divisive. Although it remains much cleaner and less cluttered than the other UIs out there, there have been murmurs that it is stepping away from its stock Android-inspired roots. It is too early for us to draw concrete conclusions right now, but we liked what we see, especially in terms of the always-on display options and the improved dark mode. It is not as radical a refresh as some are making it out to be at the time of writing. We will know more about how it progresses in the coming days.

All of this hardware and software comes at a starting price of Rs 42,999, which might strike some as being a little on the high side for a non-Pro device, but which is very competitive when you consider what it brings to the table. Of course, it will be going up against some formidable competition including the Samsung Galaxy S20 FE and Xiaomi’s Mi10T series of devices, but the OnePlus 8T packs in enough to take them on. No, it is not the utterly unsettling device that some of its predecessors were. But then, does it actually need to be? There’s nothing wrong in settling on a formula that works. Or is there?

Stay tuned for our review to find out more.

Was this article helpful?
YesNo
TechPP is supported by our audience. We may earn affiliate commissions from buying links on this site.
Read Next
How to Take a Screenshot on a OnePlus Smartphone
#First Cut #First Impressions #hands on #oneplus #OnePlus 8T