You have got to hand it to Vivo. At a time when most of its rivals seem to be more obsessed with the spec game, the Chinese brand has tried to walk a different path. A path where the focus is more on cameras and design. And the V20 SE is its latest effort in this regard. 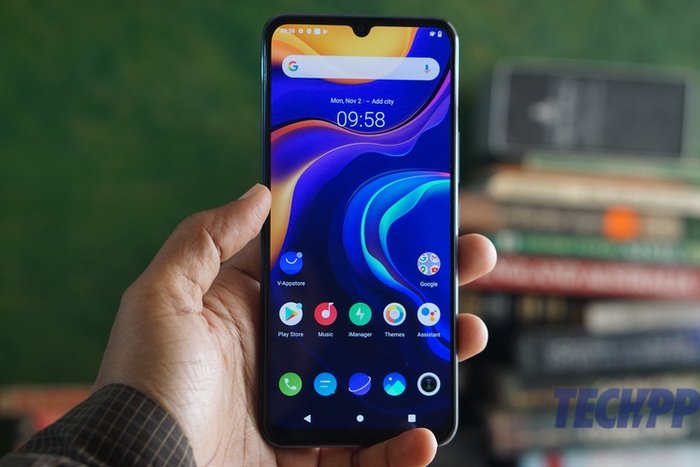 It might sound like a different version of the Vivo V20 which was released earlier, but the SE is a very different kettle of phone-y fish. Unlike the V20 which seemed to have taken a page out of the design manual of the X50 Pro, the V20 SE is a bit more…well, conventional. A very good looking conventional, we hasten to add. We got the Gravity Black edition (there is also Aquamarine Green) and it certainly was head-turning material. The back curves out from the sides and has a mirror-like finish that will reflect light in interesting patterns and will attract glances and smudges in equal numbers. Unlike the V20 which had a slightly square-ish camera unit, this one has a rectangular one (some Samsung feels there, folks, but way sleeker).

The front is a 6.44-inch full HD+ AMOLED display with a drop notch and an in-display fingerprint scanner. The volume and power/display buttons are on the right, the base has the USB type C port and a 3.5 mm audio jack and the top has the SIM card tray, with slots for two SIM cards and a micro SD card. It is a slightly taller phone than the V20, but at 7.8 mm is very impressively slim. At 171 grams, it is light for the size and the specs it packs in. This is a smart, slim, and sleek looking phone. And we would like to stress the “slim” here because it does pack in a reasonably big 4100 mAh battery with support for 33W FlashCharge, allowing 0-62 percent in half an hour or so. 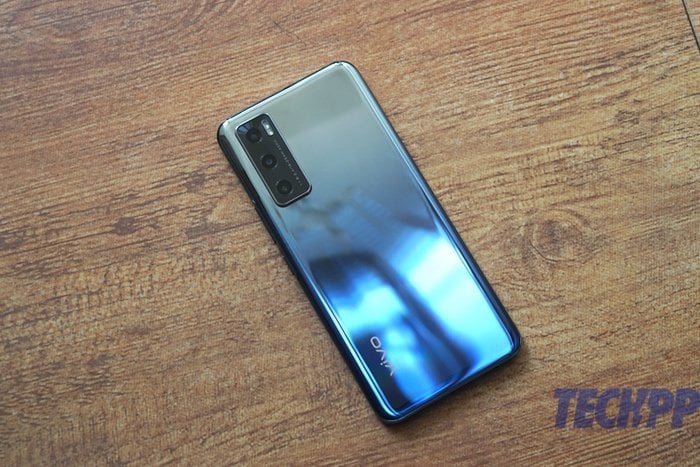 Although it comes with a 48-megapixel rear sensor at the back, along with an 8-megapixel ultrawide and macro sensor and a 2-megapixel depth sensor, there is no doubting that the selling point of the V20 SE is the 32-megapixel selfie camera. No, it does not have the 44-megapixel count of the V20, but if we are to believe Vivo, it comes with a good deal of its software muscle. Vivo does have a formidable reputation in cameras, so expectations will be great in this department. 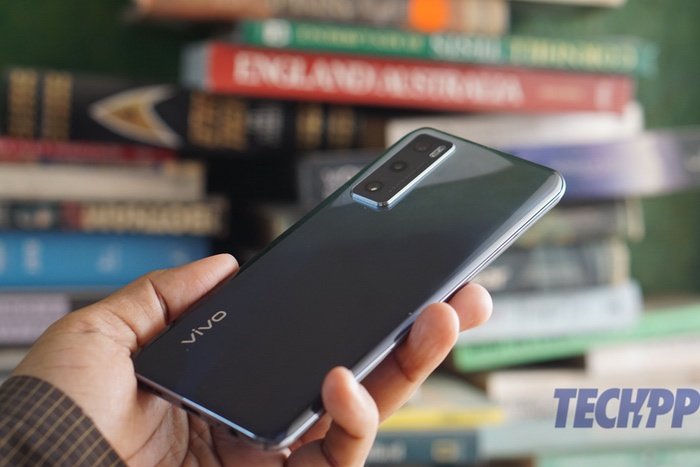 Where the expectations might not be quite as great are in matters of the processor. Whereas the Vivo V20 came with a Qualcomm Snapdragon 765 chip, its SE avatar comes with one that is a hundred points back in terms of numerical nomenclature – a Qualcomm Snapdragon 665. That is a processor known more for efficiency than being a benchmark buster, so clearly the V20 SE is not going to be the phone for choice for those looking for a lot of heavy-duty gaming and multimedia, notwithstanding the 8 GB RAM and 128 GB storage that come with it. In fact, given the profusion of devices sporting Snapdragon 700-series (720, 730, 732) around its price point, the processor is likely to be a key stumbling block for the Vivo V20 SE, notwithstanding the fact that it is likely to handle Vivo’s own Funtouch OS (on Android 10), more than reasonably well. 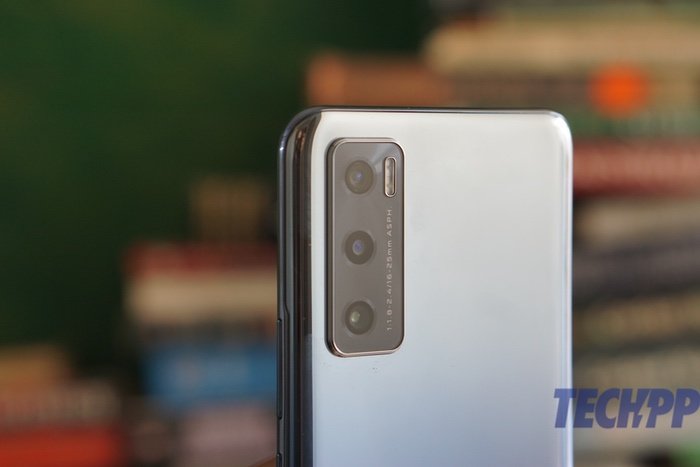 A stylish selfie shooter – that is where the V20 SE is looking to slot in at its price of Rs 20,990. And it really is up to its cameras and design to save the day against some very well specced competition that includes the Poco X3, the Redmi Note 9 Pro Max, the Realme 7 Pro, and the Samsung Galaxy M31s. Whether it is able to do so will be revealed in our review. Stay tuned.

Was this article helpful?
YesNo
TechPP is supported by our audience. We may earn affiliate commissions from buying links on this site.
Read Next
[Face Off] Vivo T1 vs Redmi Note 11
#First Cut #First Impressions #hands on #Vivo #vivo v20 se