No Pro, but pretty different from the past...kinda sorta

When it comes to the iPhones since 2018, the device without the “Pro” moniker has had to put up with being at the more (relatively) affordable side of matters, and with this (relative) affordability have compromises. The iPhone 11, XR, and SE have all run up impressive sales but all of them have cut corners that might seem embarrassing by modern standards – merely HD displays and in a world dominated by multiple cameras, a single camera in two cases. The Pro were supposed to be the special iPhones, the non-Pro ones the normal ones. 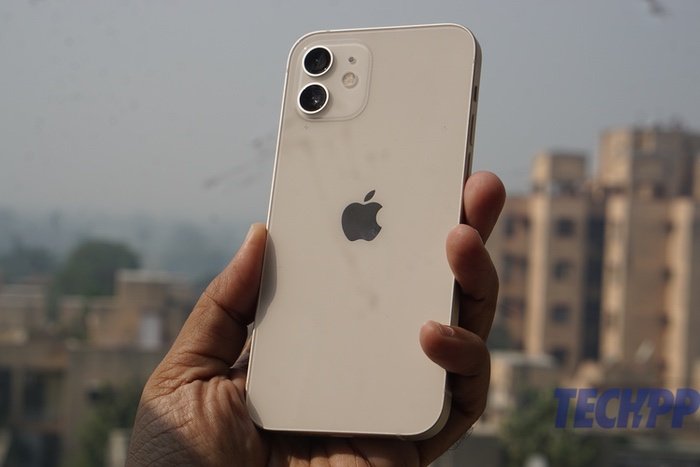 Well, the iPhone 12 is the new normal.

Blast from past: Compact, simple, solid…and so so elegant

For, the iPhone 12 is very different from its predecessors. Yes, it remains more affordable than the Pro series, and yes, it shares the same powerful A14 Bionic chip, but that apart, there have been changes. The most obvious of these is in terms of design – after the slightly tall iPhone 11 and XR, the iPhone 12 is surprisingly compact. And remarkably it is compact without having had to cut down on the size of the display, which remains a 6.1 inch one. But in terms of size and dimensions, the iPhone 12 is actually not just smaller than the large-ish iPhone 11 and XR, but only slightly larger than the considered-to-be-compact Pixel 4a (and the iPhone 11 Pro, which is of the same size). It is also considerably lighter and would go down as one of the most compact devices we have seen with a 6.1-inch display.

And it looks remarkably different from its recent predecessors and remarkably similar to an older one. Remember those straight box-ish sides on the iPhone 4 and 5 and on the newer iPads? Well, they make their way to the iPhone 12. And if you like your design simple and minimalistic, you will like the way the phone looks. There are a lot of straight lines and sides, and the metallic buttons on the sides and the carefully drilled speaker grille on the base give the device a spare and yet surprisingly elegant look. It is pretty tough too – coming with the Ceramic Shield coating that Apple claims is much stronger than conventional strengthened glass in front – and comes with an improved IP 68 rating. 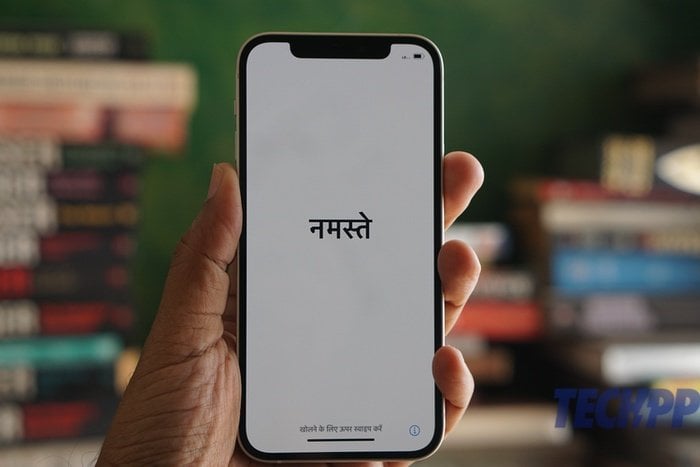 We got the white variant with its silver metallic sides, it was simple, solid brilliance at best. Shades of the classic iPhone. Yes, the other colors might look a little more flash, but the iPhone is a compact phone that looks good without bothering to turn on the style. It does not need to. We just wish Apple had opted for a slightly smaller camera arrangement on the back, but then those large cameras on the back do give the phone a very distinct look, although they do jut out just a little.

Blast from the past: Rounding off those cut corners 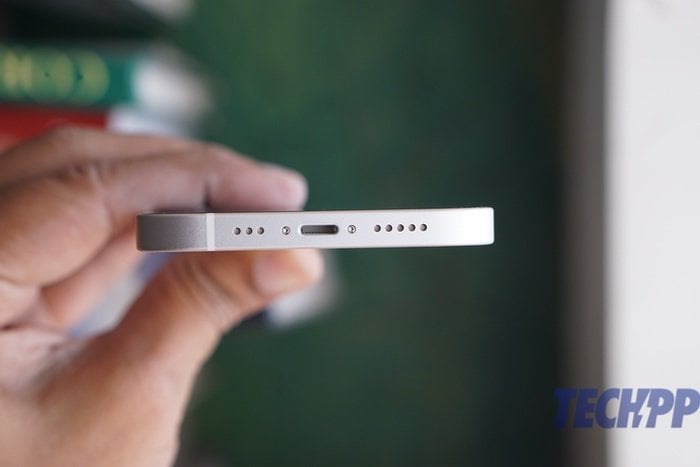 It is not just the design of the iPhone 12 that gets a refresh. The spec sheet, that was curbed in the past, now gets a significant boost. The display moves up to OLED, and now is a full HD one (albeit at ONLY 60 Hz in refresh rate terms – such statistical disappointments) – what Apple calls a Super Retina XDR display with a resolution of 2532 x 1170 and a rather high pixel density of 460. It seems slightly different from the one we saw on the Pro series, which seemed just a little richer in terms of colors and is just a little brighter, but is typically Apple OLED – focused on being realistic, rather than spectacular (the rich blacks are there, though).

And of course, the processor is the same A14 Bionic that we have seen in the Pro range. The notch remains unchanged – no fingerprint sensor on the side, folks. And in terms of megapixel count, not much seems to have changed – there are dual rear cameras with a main 12-megapixel sensor and a 12-megapixel ultrawide one, and a 12-megapixel selfie camera as well. 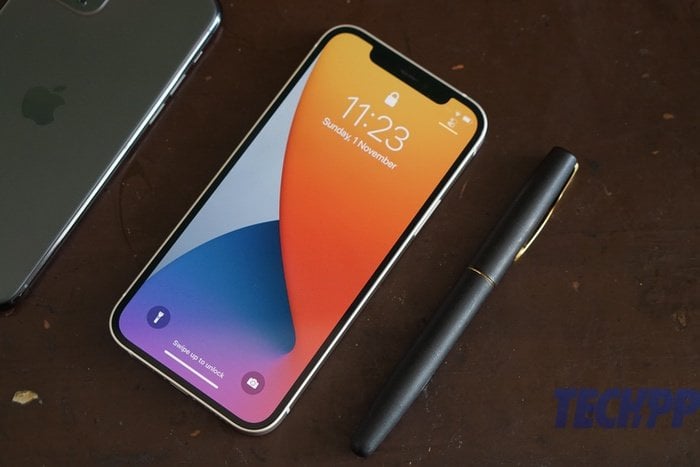 Beneath those megapixels, however, there are ample changes. The cameras now support Dolby Vision that brings a new level of clarity and color to videos, which anyway are an iPhone forte. And then there is the usual computational photography magic from Apple, with improved low light handling and colors. In computational photography, Apple has tended to follow a different approach from Google – whereas the search engine stresses on details (a sort of super HDR as per some), Apple works on color handling. Both approaches have their adherents. Of course, we will be telling you more about this in our review. 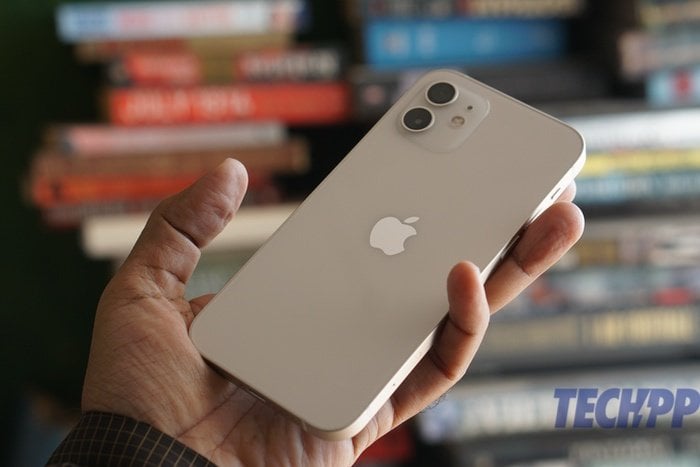 Battery life remains largely unchanged as per Apple, and should comfortably go past a day, although it would be interesting to see how much extra battery the higher resolution display guzzles. Of course, there is no charger in the box itself, although the phones support fast charge provided you are willing to invest in a charger that is 20W or faster. There is also support for wireless charging (Qi standard) at 7.5 W in general and Apple’s own MagSafe wireless charging in particular which allows the phone to be charged wirelessly at speeds of up to 15W.

It is a slightly complicated charging web that Apple has weaved and rather uncharacteristic of a brand that prides itself on its simplicity. As regards the exclusion of the charger, there are two schools of thought – one which goes that the exclusion is a good move and that anyone investing in a premium phone can surely afford to invest a little more in a charger should they need one, and the other that insists that surely such a premium phone could bundle a fast charger in its box. That said, we do remember a lot of folks being super critical of Apple including faster chargers only with its Pro series earlier. One of them suggested “throwing away the 5W charger” in a non-Pro device – his wish has been granted, but somehow we do not think he would be too pleased with this. 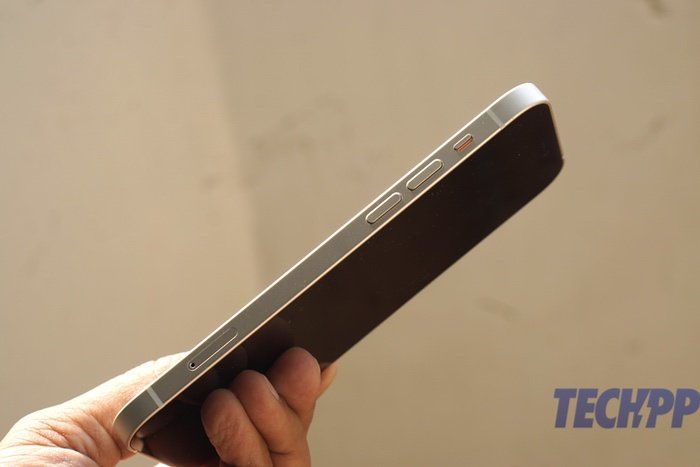 While we do like the whole “be good to the environment and do not generate waste” rationale that Apple has handed out for excluding the charger, we think that this is a decision that could perhaps have been left to the consumer – may be a discount for those willing to purchase an iPhone minus a charger? But that is a story for another day. We ideally would have loved a charger and a pair of improved earpods in the box, but that is the brand’s decision. Apple has set trends with its decisions to add and leave out features in the past and we will just have to see how this plays out.

Blast the competition? It very well could

Of course, on top of all this runs iOS 14, which has shown just how good it is on the previous generation of iPhones and could well set a different level of performance on the better hardware of the iPhone 12. And well, those old complaints about the iPhone – no expandable memory (although we really think 64 GB storage suffices in these cloud storage times), no headphone jack (no EarPods in the box this time either) – continue to exist. 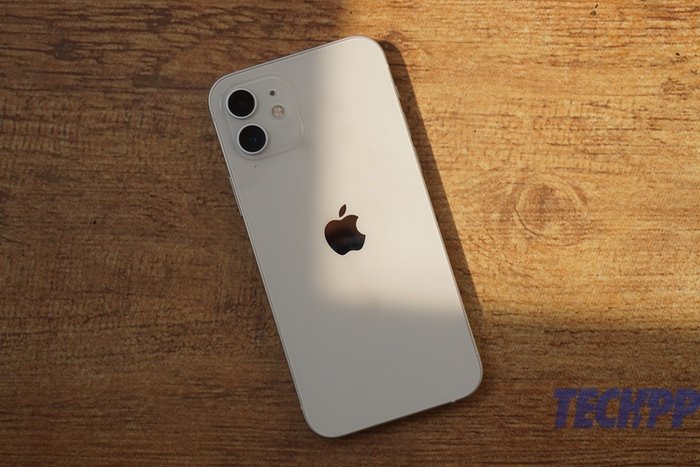 As does its premium pricing. At Rs 79,900 for the 64 GB base version, the iPhone 12 definitely does not come cheap. And unlike the iPhone 11 and XR, it is not the most affordable new iPhone out there either – the iPhone 12 mini at Rs 69,900 has that distinction. That said, its new (old) design, and enhancements, especially in the display and camera departments, allied with the core iPhone strengths of great hardware and software integration, are likely to make the iPhone 12 a terrific option for anyone looking for a premium device, or well, just a new iPhone. Yes, the 12 mini comes with a lower price tag. But it is a small phone. The iPhone 12 is the normal one. Or to use a term that the pandemic has imposed on us…

It is the New Normal.