At the Consumer Electronics Show (CES) 2020 earlier this year, OnePlus showcased its first concept phone, the OnePlus Concept One, with invisible camera technology. Back then, the company hinted that the Concept One is just the beginning of a new era of smartphones and will lead the way for more such innovative devices in the future. Months later, today, the company has announced a new concept smartphone, the OnePlus 8T Concept, which builds on its latest flagship device, the OnePlus 8T. Here’s what you need to know about OnePlus’ latest innovation. 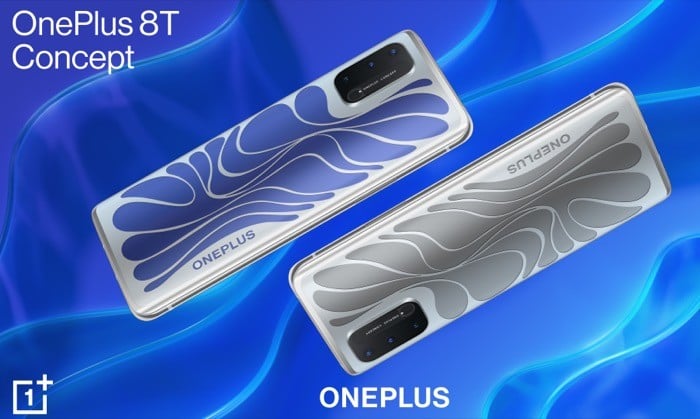 According to OnePlus, a well-designed product design always translates to a better user experience. And with the OnePlus 8T Concept, the company takes the same thinking forward and uses a combination of natural design inspiration and advanced technologies to create what it calls a “natural interaction between users and the device.” OnePlus’ concept technology on the OnePlus 8T can be classified into three segments.

OnePlus says that the inspiration for the colors on the OnePlus 8T Concept is taken from the multi-hued flowing water in the hot springs of Pamukkale, Turkey, which allows the designers to craft more natural, intuitive, and effortless interaction experiences. 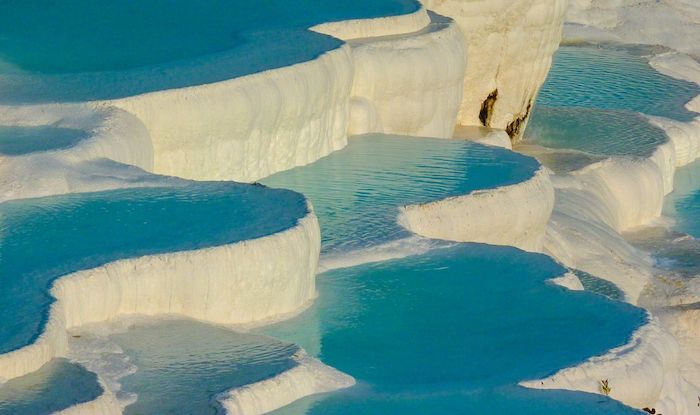 With Concept One, OnePlus experimented with the CMF (Color, Material, Finish) design discipline to produce a color-shifting effect that allowed for the change in opacity of the camera glass. And for its latest concept phone, the company is back with a somewhat similar approach that uses the ECMF (Electronic, Color, Material, and Finish) discipline. ECMF on the OnePlus 8T Concept comes as a color-changing film that contains metal oxide in the glass. So, when the metal oxide activates, the color of the glass changes — from dark blue to light silver.

OnePlus suggests that the ECMF design (we talked about in the previous point) becomes truly interactive when it works in combination with mmWave. To achieve this, the company says that it borrows the working principle from 5G, wherein the mmWave radar module transmits and receives electromagnetic waves. As a result, when receiving waves, the DSP and CPU perform signal and information processing to allow the device to perceive, image, locate, and track objects.

As per OnePlus combining the shifting colors (on the electrochromic back of the OnePlus 8T Concept) with mmWave sensing technology is just an initial step in opening the range of possibilities for how people interact with their smartphones. And it believes that this will lead to more uses for what it calls “reactive sensing.” Two such cases that the company highlights include:

i. Touchless notifications: the ECMF approach on the OnePlus 8T Concept can be used to flash colors for incoming calls, which, in turn, could allow users to interact (accept or reject) calls with a simple gesture. That way, they can control the device without having to touch it.

ii. Breathing monitor: another use case of the design is where users can register their breathing and sync it, which would make the phone a biofeedback device.

With the design and technology implemented on the OnePlus 8T Concept, OnePlus shares an idea of what it believes is the future of phone-user interaction. How effective and practical these solutions turn out to be is something we would eventually know over time — if and when OnePlus plans to bring them on their devices.