Xiaomi India’s press release for the launch of the Mi 10i contained a tiny bit of information about the brand’s strategy in India. Of course, it kind of flew under the radar because the release was after all about the Mi 10i, whose price stirred up quite a lot of talk. And well, it was not something that was really new.

We are referring to the first quote by Mi India MD Manu Jain in the press release on the launch of the Mi 10i yesterday.

Since the beginning of 2020, we at Mi India have separated Mi and Redmi brands. Both the brands have a separate product, business, and marketing teams. Mi brand aims to bring the latest and the best technology to our Mi Fans. 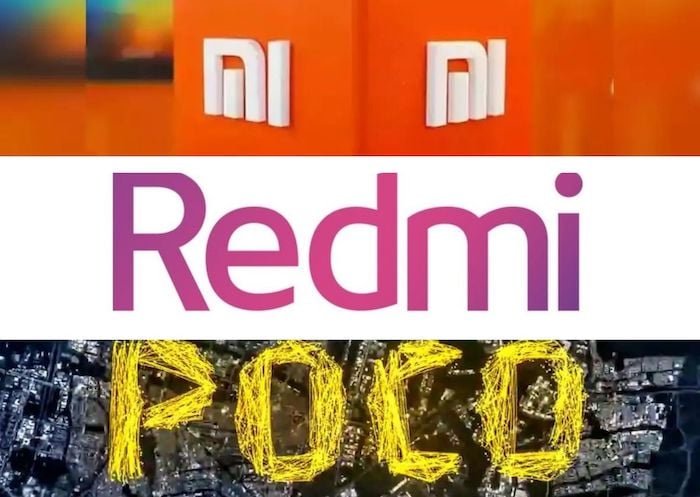 With the Mi 10 i, Mi gets into the Redmi zone

Now, the Mi India MD had dropped indications of this a few times in the past, stressing that Mi and Redmi would operate as two different brands, with different teams dedicated to their cause. But a lot of us had taken this as routine business-speak and a bit of a case of stating the obvious. After all, the Mi product portfolio bore very little resemblance to the Redmi one. The lowest-priced Mi device released in the market in 2020 was the Mi 10T which came with a tag of Rs 35,999, which was well above the highest priced Redmi device launched in 2020, the Redmi Note 9 Pro Max, which was priced at Rs 19,999.

The Mi 10i changes that.

Whereas Mi devices in the past were very distinct in terms of price and/ or software (the Mi A series was part of the Android One initiative and ran stock Android rather than MIUI), the Mi 10i has literally waded into Redmi waters. It starts at Rs 20,999, which is just Rs 1,000 above the highest Redmi device. Yes, the base Rs 20,999 model is not available yet, but even the one that is available starts at Rs 21,999, which is about ten percent more than the most expensive Redmi phone out there.

And wait, there’s Poco too!

If 2020 saw Redmi inch up the price ladder with the Note series, introducing a more expensive and slightly better-specced Note (the Pro Max), 2021 seems to have started with Mi introducing a more mainstream Mi 10i. And while we expect Redmi to introduce a new Redmi Note shortly, barring a dramatic revision in price strategy, it seems likely that the two brands will be sparring to an extent.

Which of course, brings back memories of Poco. The brand got underway as a potential budget flagship player operating in a different segment from Redmi with the Poco F1 but then went off the radar. And then almost a year ago Manu Jain had tweeted about Poco, not just making a comeback but also becoming largely independent:

Excited to share: #POCO will now be an independent brand!

What started as a sub-brand within Xiaomi, has grown into its own identity. POCO F1 was an incredibly popular phone. We feel the time is right to let POCO operate on its own.

Join me in wishing @IndiaPOCO all the best.

“Excited to share: #POCO will now be an independent brand!

What started as a sub-brand within Xiaomi, has grown into its own identity. POCO F1 was an incredibly popular phone. We feel the time is right to let POCO operate on its own.”

Interestingly, Poco’s comeback was marked not by budget flagships but devices like the Poco X2, X3, M2, M2 Pro, and C3, which squared off against devices from Redmi. Of course, neither Mi nor Redmi has been marked as an “independent brand” yet, but the indications are that they might be facing off against not just devices from rival brands, but each other as well.

Which begs the question if this is a good thing? Purists might turn their noses up and mutter about replication and consumers getting confused with multiple devices, but it is not rare to see brands encouraging competition between different series of their own products. And if the success of Poco is any indication (and our sources tell us the brand has done exceptionally well, especially in the last two months of 2020), then it would seem that consumers are happy with the choices being offered to them under different names, as long as they come at different price points.

There is also a theory that Redmi remains the main focus of Xiaomi in India, with the Mi series existing mainly to take on OnePlus, and Poco aimed squarely at Realme. But that is purely in the realms of speculation. What we DO know is that 2021 could see a fair deal of internal battles in the house of Xiaomi in India with Poco (who some say is all poised to come out with a budget flagship), Redmi, and Mi all taking on each other as well as all comers from Samsung, Realme, Oppo, Vivo, OnePlus and so on.

It might confuse some (especially among the reviewer community who have to cope with multiple devices that seem broadly similar), but speaking for ourselves, we are all for the consumer getting more options.

Was this article helpful?
YesNo
TechPP is supported by our audience. We may earn affiliate commissions from buying links on this site.
Read Next
With Football Manager 2023 Touch, Apple Arcade finally has its “killer ...
#Mi #Opinion #Poco #Redmi #xiaomi