One of the nightmares of managing (storing and transferring) and working with media files is having them turn corrupt and inaccessible. There are numerous reasons that can damage a file and render it inaccessible. But, system crashes, compression, transfer, and malware exposure happen to be a few major causes of file corruption. 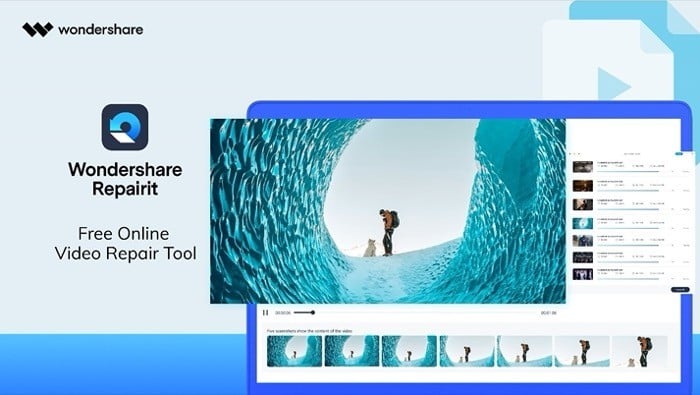 Although file corruptions aren’t new, and you can experience them with all kinds of media, video files are the most common ones to run into inaccessibility issues due to their various complexities. Fortunately, though, there are video repairing tools like Wondershare’s Repairit Online, which promise to help you fix your corrupted video files with just a few clicks.

Wondershare Repairit is a video repairing tool that allows you to repair your corrupted video files. It is available as software: Repairit Desktop, for computers; and as a web-based tool: Repairit Online, for browsers. While the former requires a monthly/annual subscription to get started, the latter is absolutely free to use.

For the purpose of this article, we will be adhering to Repairit Online. But, before we jump in to check out the tool itself, here’s a quick context around file corruption (video in particular): as we’ve already established initially, there are numerous ways in which a video file can get corrupted. However, more often than not, these problems arise mostly due to component damages in the index, header, metadata, frame, etc., of a file. As a result, you get to see issues like flickering, stuttering, blur, and out of sync audio in your videos. Or, in the worst-case scenario, a completely inaccessible video file altogether. 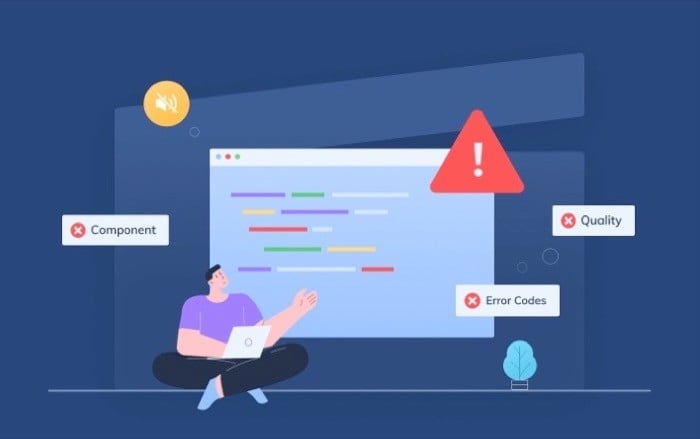 Now, based on what components of the files get corrupted and the severity of the damage caused, video repair tools take the same into account to fix the underlying problem. But, since there are several complexities in a video file that can corrupt a video, not every single video repair tool out there has a solution for all these different problems. However, in the case of Repairit Online, that’s not the case, as you can use it to fix a wide range of video corruption problems.

What kinds of issues can Repairit Online resolve?

Repairit Online can work with video files that suffer from issues like black screen, freezing, stuttering, blue, out of sync audio, and no sound, among others. In addition to that, it can also help you fix problems related to video playback and component damages involving metadata, header, index, parameters, and frame, along with various error codes. 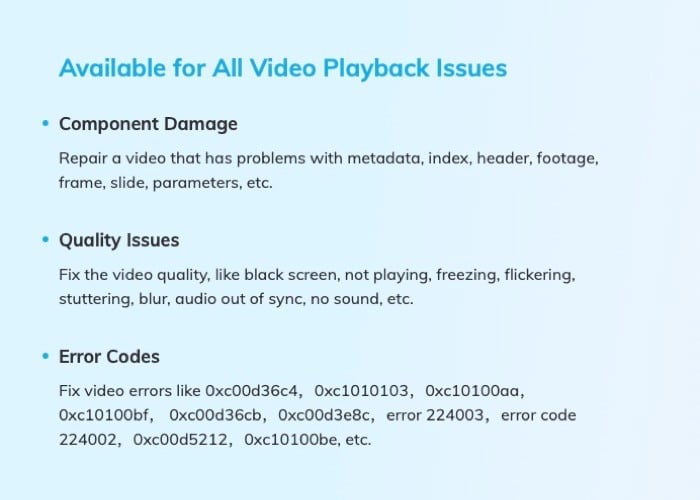 How many files can you repair in one day?

Using Repairit Online is as simple as three clicks, thanks to its easy-to-use web interface. The developers have done a pretty good job of ensuring the uploading process is seamless and that the repairing works uninterrupted in the background. 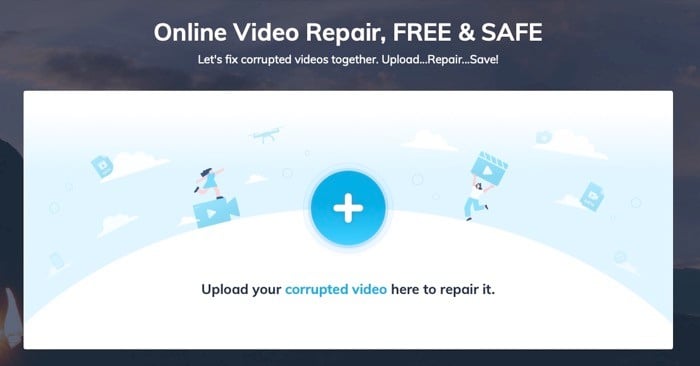 Check out the following steps to use Repairit to repair your corrupted videos:

Step – 1. First, open a web browser and head over to the Repairit Online video repair tool.

step – 2. Here, click on the plus (+) button right in the center of the screen to open the file navigator. Use this to navigate to the folder that contains the corrupted video file and upload it onto the website.

Step – 3. Once your file is uploaded, the tool will start repairing it in the background.

Step – 4. When finished, you have two options: either you can preview the repaired video file or download it to your computer.

Now that you have saved the repaired video to your computer, you should be able to play it using your preferred video player of choice.

Although by now you already have an idea of what Repairit Online is and how it can help you repair your corrupted videos, here’s a quick rundown of all the highlights of this free online video repair tool to give you an overview of all its offerings.

Wondershare offers a range of applications and tools to help you with all sorts of problems related to your devices. Some of its popular utilities include Dr. Fone, UniSafe, Recoverit, and FamiSafe. Similarly, there is also their web utility, called Repairit Online, which can come in handy when you need to repair your corrupted video files on the go.

As you’ve already seen by now, Repairit Online involves a quick and seamless repairing process. And all that the tool needs you to do is perform a few clicks to upload the file. It then takes care of identifying the problem in the file and fixing it, in the background, itself, without requiring you to be familiar with the know-how of things.

So, if you’ve been looking for a solution to fix your corrupted video files, you should definitely check out Wondershare Repairit Online. That said, while this web-based utility works fine for when you need to repair videos on the go, if you need advanced repairing capabilities or want to repair large files, you should consider getting the Repairit Desktop.

Was this article helpful?
YesNo
TechPP is supported by our audience. We may earn affiliate commissions from buying links on this site.
Read Next
HitPaw Photo Enhancer: An AI-Powered Tool to Fix Your Blurry Photos
#repairit online #Sponsored #Wondershare