The Galaxy F-series is a part of Samsung’s exclusive partnership with Flipkart, said to be targeted towards “socially savvy consumers.” And as of now, there has been a few different smartphones in this series, with the most recent one being the Galaxy F62 (review) that came with a 7000mAh battery and ran on an Exynos 9825 chipset. Joining the series today are two new smartphones, the Galaxy F12 and Galaxy F02s, key specifications for which have already been teased on Flipkart. 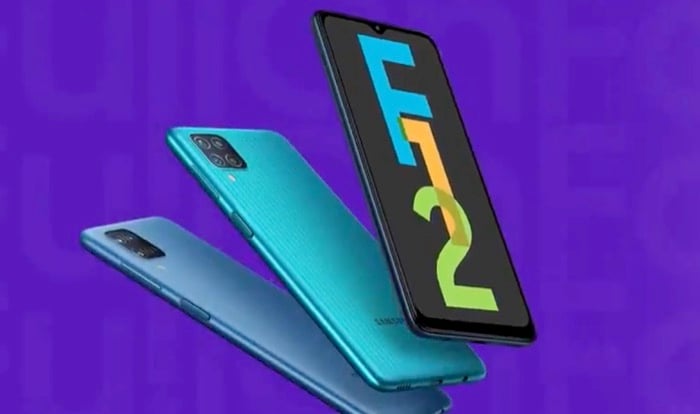 The Galaxy F12 features a 6.5-inch Infinity-V display with an HD+ screen resolution and a notch in the center for the front-facing camera. It is available in three colorways: Sea Green, Sky Blue, and Celestial Black.

Under the hood, the Samsung Galaxy F12 runs on Exynos 850. The Exynos 850 is an octa-core processor built on the 8nm FinFET process, and it comes with an Arm-Mali G52 MP1 GPU to handle the graphics processing. To assist the processor, there is 4GB of RAM and 64GB / 128GB of onboard storage, expandable up to 1TB via a microSD card. And to power everything, there is a 6000mAh battery with 15W adaptive fast charging. On the software front, the device runs on OneUI 3.1 based on Android 11 out of the box.

In the camera department, the Galaxy F12 sports a quad-camera setup on the rear with an LED flash. The setup includes a 48MP primary sensor, accompanied by a 5MP ultra-wide-angle lens, 2MP macro lens, and a 2MP depth sensor. On the front, there is a single 8MP shooter.

Much like the Galaxy F12, the Galaxy F02s also features a 6.5-inch Infinity-V display, with a notch for the front camera. It comes with a diamond-cut design and is available in three colors: Diamond Blue, Diamond White, and Diamond Black. 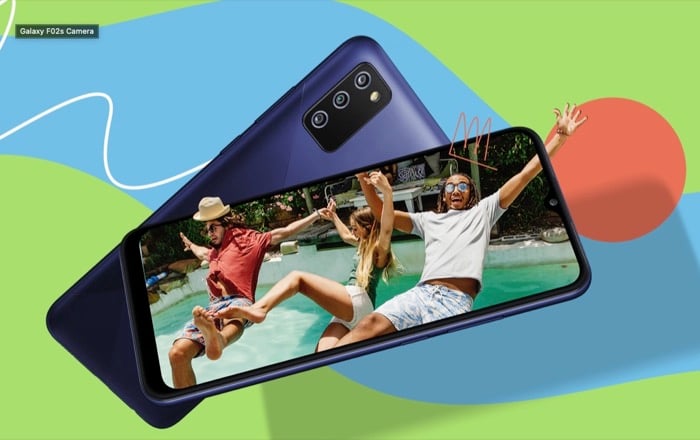 At its core, the Samsung Galaxy F02s is powered by a Qualcomm Snapdragon 450 chipset. The Snapdragon 450 is an octa-core processor with up to 1.8GHz of clock speed, and it has an Adreno 506 GPU for graphics. There is 3GB / 4GB of RAM and 32GB / 64GB of internal storage, expandable up to 1TB with a microSD card. To power the internals, the device has a 5000mAh battery with 15W adaptive fast charging. It runs on Android 10.

As for optics, the Galaxy F02s sports a triple-camera setup on the rear with an LED flash, which includes a 13MP primary sensor, accompanied by a 2MP macro lens and a 2MP depth sensor. And towards the front, there is a 5MP shooter.

Was this article helpful?
YesNo
TechPP is supported by our audience. We may earn affiliate commissions from buying links on this site.
Read Next
Samsung Galaxy Fold 4 Tips and Tricks: Get the Most Out of Your Phone
#galaxy f02s #galaxy f12 #samsung