iPhone Sound Recognition: How to make your iPhone recognize sounds

Give your iPhone - and yourself - some ears

With every new software update, Apple has been making its smartphones more inclusive. The brand has been adding features and functions that aim to make the iPhone experience more accommodating, making it easier for people with different needs to interact with technology. Because smartphone experience, in general, depends very heavily on a couple of senses, these diverse features turn out to be game-changers. Not just for many with impaired senses, but also for general users – remember how the “Live Listen” feature on the AirPods was designed to be a hearing aid but was also used by people in noisy areas? 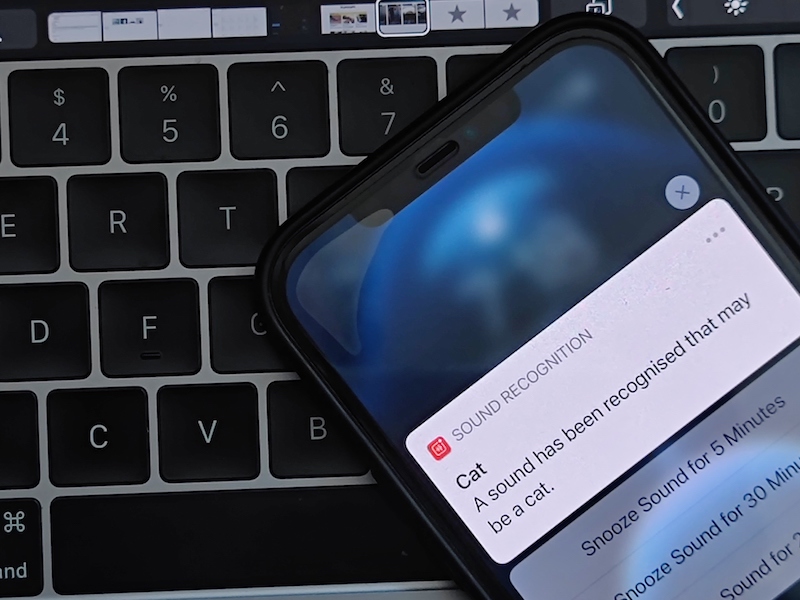 Another such feature from Apple is sound recognition which was released with iOS 14 – Sound Recognition(not to be confused with iPhone song recognition aka Shazam). As the name suggests, the feature basically listens for certain sounds, identifies them, and then notifies the user. The function is not only useful for people with compromised hearing but can also be useful for those who like to isolate themselves from different noises while in certain circumstances. For instance, it is handy to let your iPhone inform you that the doorbell is ringing or that water is overflowing if you have put on your headphones for some peace and quiet!

How to use sound recognition on iPhone?

Apple has insisted that users should not rely on sound recognition in high-risk situations to keep them safe, but all said and done, it can be really handy for those who have hearing issues, and for others as well. Setting up and using the feature is pretty easy and here is how you can do it:

To use this feature you need an iPhone that can support iOS 14 or above. If you have an iPhone that supports the version of the iOS, all you need to do is go to the Settings and download the OS from Software Updates under the General option. Many of you would have updated to not just iOS 14, but even the recently-released iOS 14.6 but just in case you have not, please do so.

After your iPhone is all up to date, you have to open the Settings app and find the Accessibility option in the list. It will require minimal scrolling – you will find it under Home Screen in the list.

Tapping on Accessibility will offer you an array of features that can prove to be very helpful in making your smartphone experience more inclusive. The list is divided into different sections– Vision, Physical and Motor, Hearing and General. Head to Heating, and you will find the one we are looking for at the moment, Sound Recognition under the Hearing segment. Tap on it.

The feature is turned off by default. To turn it on, all you have to do is tap on the toggle and when it goes green you will know the feature is on. You will get a pop-up box telling you that you will not be able to use the Hey Siri option when you use this feature. If that is something you cannot do without, then this feature is not for you. We think it is worth forsaking Hey Siri for a while because you actually do not want any sound!

Once you tap to turn on Sound Recognition, you will see a new option appear on your iPhone’s screen, Sounds. Tap on it and a list of sounds will pop up on your phone. These are divided into four different categories– Alarms, Animals, Household and People. The list carries 13 very specific sounds that your iPhone can listen for and recognize ranging from the doorbell and car horn to shouting and sirens and cats and dogs. Depending on your environment and situation, you can tap on the sounds you want the phone to recognize and toggle them on. Before you ask: no, you cannot add your own specific sounds to this list (like your mother’s voice under “mum”) although we hear that work is underway in this regard. That’s it. You have just given your iPhone a new pair of ears. Sort of. 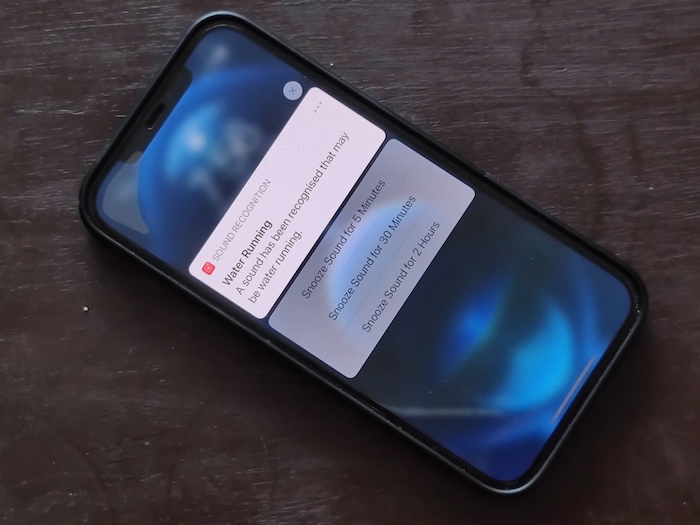 The feature works well and manages to detect sound as long as the phone is within a reasonable distance to detect the sound, generally 6-10 feet. Beyond that, the sound would have to be really loud to be noted. And yes, there were times when the phone just did not pick up the sound – so if someone rang the doorbell only once, or coughed very gently, the phone sometimes did not detect it, But for the most part, it worked, and is definitely very useful, both for those who have hearing problems and for those who want to keep sound out of their lives for a short while.

How to Make Sure Deep Fusion is Working on Your iPhone
Make your iPhone’s Control Center easy-peasy Apple-squeezy…
Want to make your 32 GB iPad a notebook? Grab these five…
Wordtune is an AI-led co-writer that bolsters your writing…
Handing your phone to a friend? Make sure they can use only…
How to Manage Mac Startup Programs and Make Your Mac Boot…