Editing an image to remove its background can be quite tedious. And, like most image editing operations, it, too, is considered by many to be one of those operations that require a high-end photo editing tool. 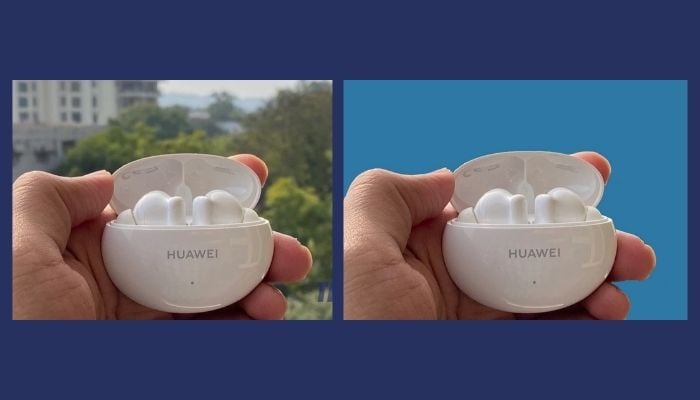 However, if you’re on Mac, the built-in image viewer—Preview—offers the functionality to remove an image’s background. In fact, it’s a lot easier to use Preview for removing background from images compared to full-fledged editing tools.

Follow along as we list down all the different ways in which Preview lets you remove background from images on Mac.

How to Use Preview to Remove Background From Images

Preview lets you remove the background of an image in three ways. Below are the instructions for each of these methods.

Instant Alpha is a selection tool that allows you to quickly remove parts from an image and make its background transparent. It works by performing a selection based on the colors of objects in an image and is ideal for pictures with fewer objects in the frame.

Follow these steps to remove the background from an image using Instant Alpha:

As you do this, if you aren’t satisfied by the removed background in your image in the first go, you can go over the steps again until you’re pleased with the end result.

Once you like the output, hit the Command + S keyboard shortcut to save it. Or, click on File > Save to do it. If you wish to use the image with another file, use Command + C.

As we mentioned above, the Instant Alpha tool manages to remove background from images quite cleanly, but it isn’t ideal for complex pictures.

For such situations, Preview has a few selection tools that you can use in conjunction with Instant Alpha (or otherwise) to get your desired output. These tools include rectangle, elliptical, and lasso selection, and here are the steps to use them:

Click Command + S to save and Command + C to copy the output in Preview. Besides, if you accidentally mess up your selection and end up deleting an object in the image you didn’t intend to, hit the Command + Z keyboard shortcut to undo the changes.

Much like the Lasso Selection tool, Preview also has Smart Lasso. It’s essentially a selection tool that lets you draw a freeform line around the object you want to delete or copy in an image, after which it automatically adjusts the path based on color intensity.

Here are the steps to remove the background from an image with Smart Lasso:

Continue to go over the process as many times as you want until you remove the background from the photo. Hit Command + S to save it and Command + C to copy it over to another file.

Background Removal on Mac Made Easy With Preview

Removing backgrounds is a handy editing technique that lets you delete unwanted objects from images. It may also come in handy when you wish to draw attention to an object in an image, swap the background for better visuals, make the image background transparent, or change the background color.

Preview makes it extremely easy to remove image backgrounds on Mac with a few simple steps without requiring editing expertise. However, when compared to full-fledged photo-editing tools, it falls short in terms of accuracy and functionality. As such, it’s ideal only for basic background removing requirements, i.e., in non-professional settings.

For other situations, you may still want to use background removal tools that come bundled with editing tools like Adobe Photoshop, Procreate, GIMP, and the like. Alternatively, you can also check out Cleanup.pictures, which is an online background eraser that lets you remove backgrounds from images with a single click and does a pretty good job at it.

Was this article helpful?
YesNo
TechPP is supported by our audience. We may earn affiliate commissions from buying links on this site.
Read Next
Best Places to Buy Refurbished MacBook or Mac [2023]
#apple #how to #how to guide #MAC #macOS