If you don’t like an image’s background, there are several ways to remove it. A full-fledged photo editing program is the most preferred way to do this for many people since it gives more control over the edits.

But as it turns out, with the all-new macOS Ventura update, the Preview app now offers an even faster way to remove image backgrounds on a Mac. So if you don’t wish to go through the steps of removing the background in Preview manually—and are skeptical of your images ending up on random servers with online background removal tools—you can now get rid of the background with a few simple clicks.

Follow along as we demonstrate how to use the Remove Background feature in Preview to remove background from images on Mac.

What Is the Remove Background Feature in Preview?

Remove Background is an all-new Preview feature. It comes as part of the macOS Ventura update and lets you remove the background from an image with a few simple steps.

Unlike other Preview tools that let you remove background from images, the Remove Background feature is fairly easy to use. Plus, it’s also available in the Quick Actions menu, which lets you perform the action more swiftly and on multiple images.

Wait for a few seconds, and Preview will create a new image with a transparent background. 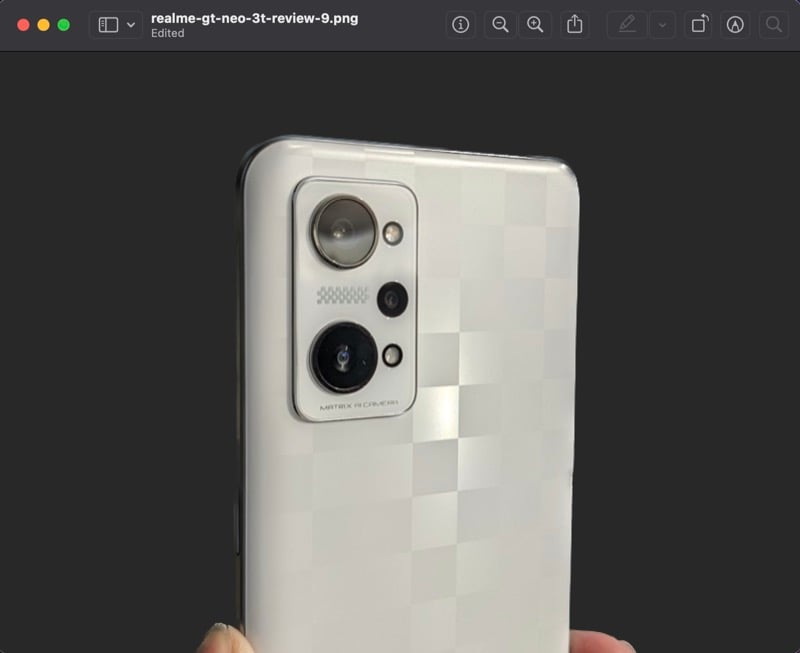 On most occasions that we’ve tried the feature, it returned satisfactory results with pretty clear cutouts. However, if it doesn’t give you a clean cutout around—perhaps because there isn’t a clear separation between the subject and the background—you can delete the unwanted objects manually using one of the selection tools, as we mentioned in this guide.

Although the approach above works just fine, it still requires you to go through several clicks. Fortunately, macOS Ventura also puts the Remove Background feature in Quick Actions, which makes the process even simpler and allows you to carry out batch operations.

Here’s how to use Remove Background from the Quick Actions menu:

Preview will automatically convert the image into a PNG (if it isn’t already), remove its background, and save it with a file name that ends with “Background Removed” to help you find it.

Likewise, if you want to remove backgrounds from multiple images at once, you can do it like this:

Now, like before, Preview will remove the background from all your images, convert them to PNG, and save them to the same folder.

Background Removal On Mac Is Easier Than Ever

Although the Preview app already made removing background from images on Mac quite easy and convenient, thanks to its smart selection tools, its new Remove Background feature on macOS Ventura makes the process easier and more convenient. Plus, it returns pretty nice results, so you can use these images as is or edit them to change the background, annotate things, and much more.

Was this article helpful?
YesNo
TechPP is supported by our audience. We may earn affiliate commissions from buying links on this site.
Read Next
How to Request Read Receipts in Microsoft Outlook
#apple #how to guide #MAC #macOS