Their relationship has always had a bit of an edge to it ever since they arrived in India in 2014. One introduced the concept of the budget flagship, but the other pretty much took over the category with its flagship killer. They then seemed to go on rather different paths, focusing on different parts of the market, each doing well in its own zone. There were occasional battles, but for the most part, they avoided clashing frequently. 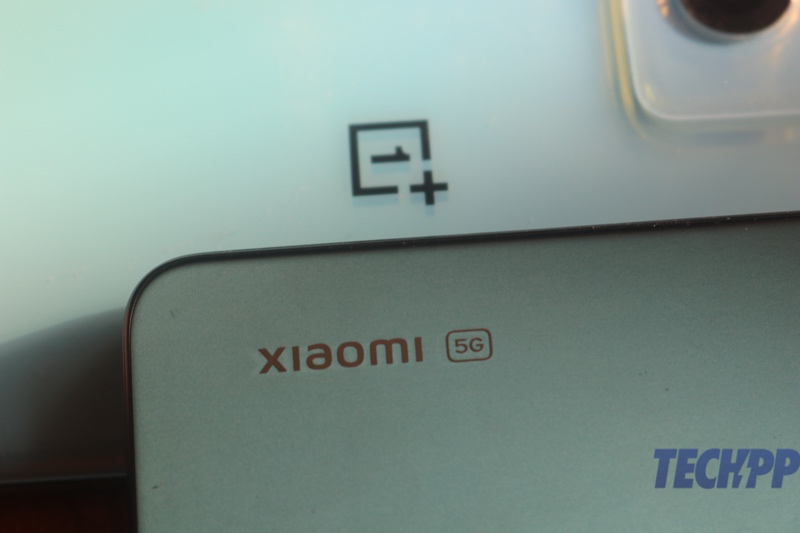 2022 has seen that phase end. Within two days and two launches, OnePlus and Xiaomi have both got into each other’s zones of strength, each trying to rattle the other’s cage and grab a share of their market. It is no longer the odd clash over a flagship (such as the Redmi K20 or the Poco F1 against the-then OnePlus flagship) but to use a dramatic term, war on multiple fronts.

This represents a massive shift in the market dynamic of both players. Both Xiaomi and OnePlus started their journey in India with budget flagships – Xiaomi with the Mi 3 and OnePlus with what many called the OnePlus One. The first real clash between the two brands took place when Xiaomi released the Mi 4 to take on the OnePlus One, but after that, it seemed as if the two were following different paths. While Xiaomi generally focused on the mid and lower segment (Rs 15,000 and lower), OnePlus was more about flagships, initially at a budget price, before moving up to a more premium price level. Both did remarkably well in these zones – Xiaomi sold such numbers that it rose to be India’s number one smartphone brand, while OnePlus emerged as a viable challenger to Apple and Samsung in the premium price zone.

The two brands clashed occasionally, generally when Xiaomi attempted to breach higher price points, but by and large, they steered clear of each other. Even when OnePlus launched its mid-segment-oriented Nord series in 2020, it came at a price that was well above Xiaomi’s best-selling Note series. The same year saw Xiaomi mark its return to the premium segment in India, but the brand’s focus continued to be on lower price points, generally around Rs 20,000, thanks to an increase in the price of the Note range.

Xiaomi moves up the price ladder, OnePlus moves down it

2021, however, saw the conflict between the two brands get a little more intense, with OnePlus expanding its Nord range to the Nord CE, which was priced just a little above the Redmi Note series, and with Xiaomi releasing devices like the Mi 11 Ultra and the Mi 11T Pro, which were right in the OnePlus premium zone. While Xiaomi was trying to carve a slice out of OnePlus’ premium cake, OnePlus did not seem too interested in raiding Xiaomi’s stronghold – the Rs 20,000 price belt – or in tangling with the bestselling Redmi Note series. 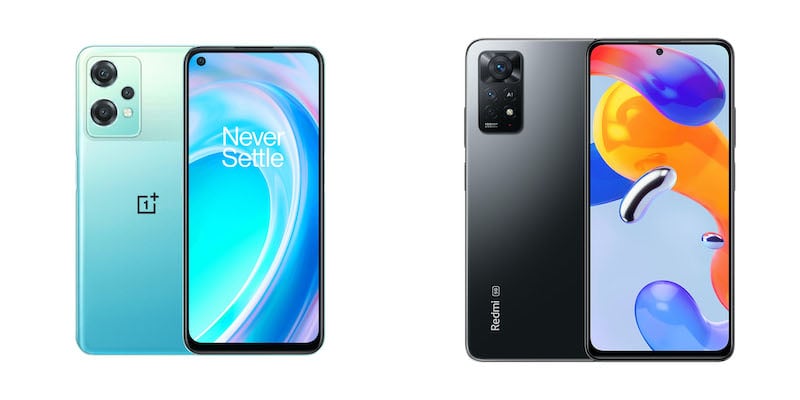 That changed yesterday when OnePlus announced the Nord CE 2 Lite 5G. With a starting price of Rs 19,999, it was the first OnePlus device to be priced below a Redmi device (the Redmi Note 11 Pro+ 5G starts at Rs 20,999). It also came a day after Xiaomi had released the Xiaomi 12 Pro, which was targeted at the OnePlus 10 Pro. Suddenly, both OnePlus and Xiaomi are looking to raid each others’ fortresses. The past year had seen both brands release products that seemed competitive, but OnePlus had broadly steered clear of the Redmi zone. With OnePlus laying siege to the Redmi Note citadel, we can say that war has been declared in all but name.

For every OnePlus device now, there’s a Xiaomi/Redmi alternative

It seems to have been building up to this for if you take a closer look at the portfolios of these two brands, there seems to be a Xiaomi alternative to every OnePlus phone out there. And with its arrival in the sub-Rs 20,000 category, OnePlus seems set to return the compliment to Xiaomi. The battle lines have been drawn:

Which brand emerges triumphant in this tussle remains to be seen. While some enthusiasts might consider this to be a “betrayal of core values” by both brands, we are delighted to see both brands going beyond their comfort zones. Best of all, the consumers, stand to gain the most as they get more options than ever before, and from two well-established brands that have very different approaches to phone design and UI.

In the words of Xiaomi and OnePlus themselves, Indian smartphone consumers, be they in the mid-segment or the premium one, now can Always Believe That Something Wonderful is About to Happen. And Never Settle.

Was this article helpful?
YesNo
TechPP is supported by our audience. We may earn affiliate commissions from buying links on this site.
Read Next
NothingOS Made Me Realise How Much Overrated Pixel UI Is
#oneplus #Opinion #xiaomi