Cartoons fill our world with fun and laughter. Every day we come across political cartoons, Disney cartoons, online cartoons and many other types of those that add flavor to all types of news. Cartoons are a very powerful tool of literacy with heaps of fun in it. Cartoons are also a weapon to beat some social issues.

There are numerous software available these days with the help of which we can create comic strips. A series of drawings kept in a connected manner to display brief humor often having some related texts in a box are called as comic strips. From ancient time we have a tradition of storytelling with the help of some sequential pictures. The technological evolution has made it much easier. We can use comic strips in presentations, blogs and in personal life for friends and family. We have listed down some of the best online cartoon strips generators available right now. 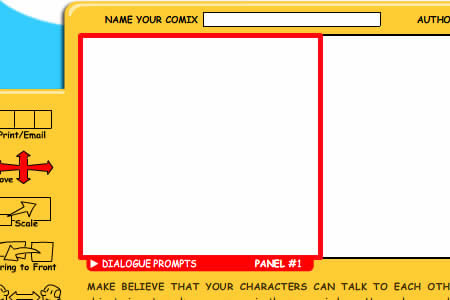 1. Pixton – It has a very easy and attractive way of creating the cartoon instantly with no hassles. No drawing is needed to make cartoons; all the characters are created by choosing from the preset set of attributes and expressions.

2. ToonDoo – People can create their own comic series on Toondoo with some drag-n-drops. The ToonDoo Shop is the place on the site where you can purchase print-quality images!

3. Strips Creator – It requires picking the character of the choice and go on adding dialogues, background, objects etc. It is quite user friendly. After making the cartoon, you can publish it online or get it printed. Here practice of writing a comic strip conversation is also given.

4. PikiKids – We can create and share the jocular stuff by using some layouts and adding some dialogues and pictures to it.

5. Bit Strips – One who has a flair for reading comics can utilize this platform and can have lot of fun. From few characters which are pre made you can build up your own strip or comic. After which you can add some knee-slapper dialogues in the text box or balloon.

6. Dilbert – It is popularly being recalled as the website for daily comic strips by Scott Adams,who has made it a social community of comic fans and launched it again. One can ‘mash’ or ‘edit’ a Dilbert comic by adding his own taste to it. It has a cool style wherein every comic can have several community -contributed strips forming a comic.

7. WittyComics – With the help of three panel screen we can create our own comic strips.

8. Marvel Superhero Squad – A die-hard comic lover can create his own comic strip or book by using this online tool. He/She just should possess some great idea. Even a superhero character in mind can be transformed into comical reality.

9. Make Beliefs Comix – A highly user-friendly and interactive online platform which can be used to create comic strips. A demo is available on the hompage which makes everything quite easy.

10. Comic Master – This is a place where one can generate an online graphic novel of his own. Viewers can be kept engaged and entertained by adding hilarious dialogues with excellent drawings and visual The Comic Master tool is quite useful for people who wish to become graphic novelist as it allows you to build your own novel in a very unique way

Have you used any of these sites? Do you have more suggestions to add to the list?

Was this article helpful?
YesNo
TechPP is supported by our audience. We may earn affiliate commissions from buying links on this site.
Read Next
Quoth is a new social media tool that uses AI to suggest quotes for your picture
#Online Tools #software #web tools