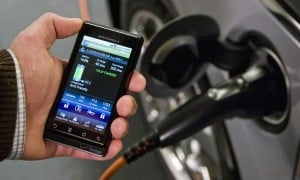 It’s been quite a while now since the the mobile phone was invented. It took the world by storm in the 80s and it kept evolving to the state-of-the-art units available these days.

The equipment itself got smaller while the features got more and more complex and the speed and storage space increased. We also got tons of features to make our lives easier and easier.

Sure, we can use the mobile phone to make phone calls and send text messages. But today’s phones are so much more. Not only used for voice communication, they can now be used for video calls, connecting to the Internet, as music or video players, as calendars, reminders, planners, gaming consoles, photo and video cameras, GPS and navigation terminals.

So, in theory, one could switch from using a whole bunch of equipment to just using the mobile phone. Yet, how many of us have chosen to give up all other equipment and just use the one?

Well, if you are planning to do so, take into consideration the pros and cons of either using just the mobile phone or having a whole bunch of equipment, one for each task.

The first and maybe most important advantage of the phone is, well, the mobility factor. Having everything in a small, portable, light device makes for a great choice. Apparently.

On the other hand, however, the phone’s applications aren’t as comprehensive as the ones found in a dedicated device. For example, no matter how good the photo camera on your phone is, it will never stand a chance in a test against a stand-alone camera.

While it is true that lately, mobile phones have become more and more powerful and able to stuff more and better technology in their small bodies, one must not forget that that isn’t the only technology continuously developing.

We can compare the smartphones with Swiss Army Knife, but the specialized tools it tries to fills in for are still very much needed. The next few years are gonna be really interesting!

Was this article helpful?
YesNo
TechPP is supported by our audience. We may earn affiliate commissions from buying links on this site.
Read Next
Best Black Friday Phone Deals 2022: iPhones, Pixels, Samsung Galaxy and More
#All-in-one #smartphones #Technology Trends