3D Games for iPhone and Android: Top 30 from Racing, RPG, Shooter and Sports

Mobile technology is advancing so fast these days and it’s expected that the game industry has to try and keep up with the pace, and so, 3D games for mobile devices are moving faster than ever. Everything is going mobile these days, and even this saying has become a cliché. Keeping that in mind, let us present you some examples of games to pass the time or to enjoy the full potential of your Android phone or iPhone.

Some of them can be quite addictive, so be sure to have a clock near you! Many of these games are cross-platform, so you will find Android games that will work on iPhone and vice versa. It makes sense for the game makers: distribute it on more platforms and cash in more dough. 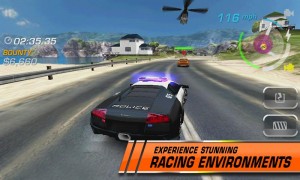 After the launch of Hot Pursuit for PC and console, EA Games saw that it had allot of success and fans wanted more and more. The NFS Hot Pursuit for Mobile looks great and gives almost the same sensation as the desktop one. 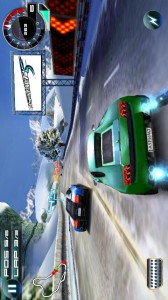 May not be the latest in the Asphalt series, but it still has lots of fans and, in comparison with some newer 3D racing games, it still looks rocking, having cool graphics and nice textures. This game is available for both Android and iPhone so anyone can get a kick out of it. 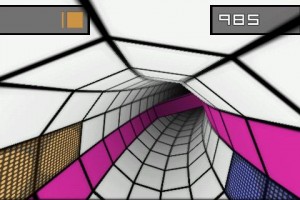 At first, I didn’t know in what category to put this game, but Racing is fine. The game consists of a tube with obstacles that users have to avoid while the speed is increased. Not much to say about graphics in this game, but the game play is addictive. Watch out, it really has uber-speed! 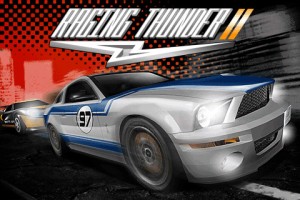 After finishing the first Raging Thunder, I must say I was a little disappointed, but the Second game certainly made up for it. The graphics look awesome and as far as mobile games go, Raging Thunder 2 is one of the most cool games out there. 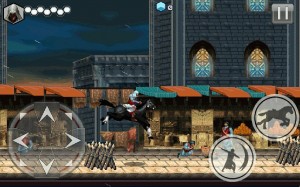 As a huge fan of Assassin’s Creed, I could never say anything bad about this game. Only the game play and the storyline is enough to make anyone an Assassin’s Creed addict. I must say this is the best game I’ve ever played and the mobile version really lives up to its older brothers from PC and console. 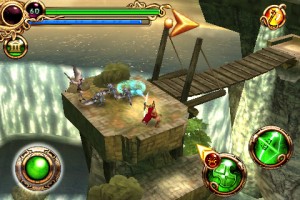 As far as mobile RPG’s (Role Playing Game for those who don’t speak geek) go, Hero of Sparta is one of the greatest games I’ve ever had the pleasure of playing. The games features a PhysX engine which gives the game a PC-like sensation and the textures and graphics look awesome. If you are a fan of RPG games, Hero of Sparta is a “must play” for you! 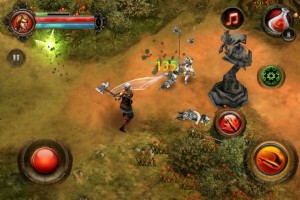 Is it me, or every Dungeon game is great? I think it’s something living inside any gamer that is at home, something dark, wet, hidden in an underground torture room filled with monsters. This game has all the things it needs to satisfy our inner need for dungeons: a character fighting all sorts of creatures with cool weapons, combos and awesome graphics. 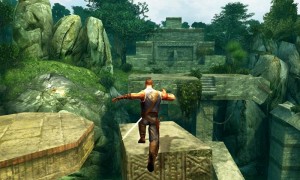 What would you get if you combined the game play of Assassin’s Creed, the motion freedom of GTA (Grand Theft Auto) and the looks of Pirates of the Caribbean? Well, you’ll get BackStab: one of the coolest looking and most thrilling games you could ever play on your phone. But with all its coolness and stunning graphics, the one thing it lacks is the PsyX engine to back it all up, but when you play the game and it looks almost as good as an Play Station 2 game, you will not mind the occasional slip out of texture. 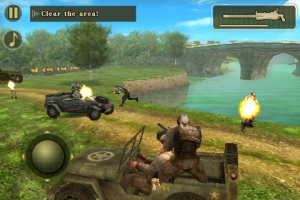 Many of you have probably heard or played this game already. I was real skeptic of shooter games on anything else that a PC with mouse and keyboard, but after trying the game myself, I must admit it has a natural feel to it. The “handling” of the player is really good and the game looks great. 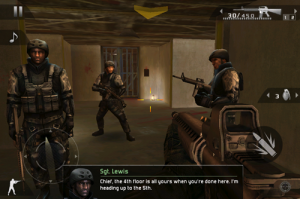 A game that looks better than some games I’ve played on the PC over the years. It keeps amazing me how Computer Generated Graphics have slowly made their move into mobile platforms such as Android. Modern Combat is one awesome looking game and it kinda has the feel of Modern Warfare. 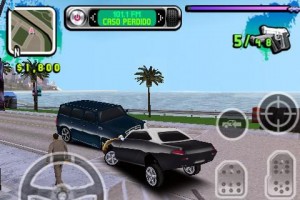 The best way to describe Gangstar West Coast Hustle is: “If you’ve ever played GTA (Grad Theft Auto), you’ve played this too”. Though it has better graphics than some of the early GTA games, it still keeps its essence and gameplay.

Another game in the Gangstar series, and just like the first one, Miami Vindication brings to the table the same GTA gameplay and the same fun. It looks nice and if you are interested in this type of game, you should check these titles out. 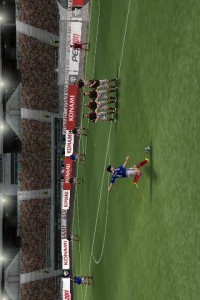 I must admit I’m a sports person. I maybe play sports games too much, that’s why I have a good idea about this kind of games. PES 2011 looks great and the gameplay is nice. For a mobile game, it handles quite nice and the camera effects give it a nice feel. There is an ongoing battle between PES and FIFA fans that will never die. I must join the PES side, for now. 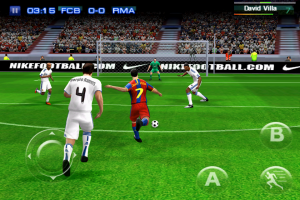 Just like the other soccer games, Real Soccer 2011 is something like FIFA or PES. I was quite amazed by the graphics and interaction levels between players. If I recall correctly, there have been previous version of Real Soccer, called Real Football, that I used to play on Symbian phones. It seems that the legacy was continued with pride. 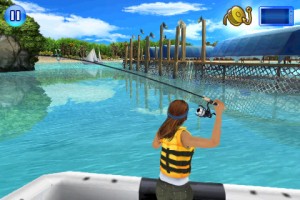 I can’t imagine a sport more boring than fishing, I never got the idea of catching fish and then releasing them. But this top game is not about my own preferences in sports, but in the quality of mobile games, and therefore, Fishing Kings is here because of its graphics and idea which will appeal to all gaming fishermen out there. 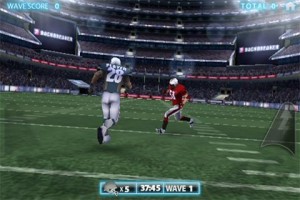 Stepping out of the soccer land, we go towards American football. BackBreaker is a cool sports game and one of its outstanding features is the dynamic camera and the depth of the background. The game looks awesome and I found it very entertaining. If you are looking for a game that can fill your time while going to work or waiting somewhere, BackBreaker can really be an entertaining tool. 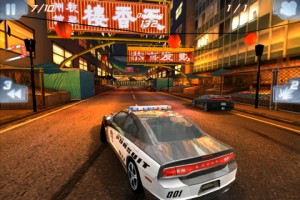 Inspired by the movie with the same name, Fast Five is a racing game that follows the story of the movie (mainly). For a game translation of a movie, it’s quite good. The cars look good and they handle nice. The game offers a thrilling experience and for a mobile racing game, it’s thumbs up for Fast Five. 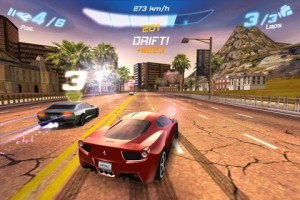 The latest game in the series is the craziest so far. This game gives an impression of speed at its best. I loved the Asphalt series and as a big fan I have to say that the sixth game of the series has risen up to every expectation. 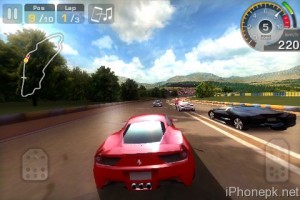 Yet another racing game. And like the ones before, the game looks good and has lots of races and cars to chose from. It may be a little more challenging than other games but the game is lots of fun. I also found it to be somehow more realistic, if I can say so, the wheel turns pretty quick and the car follows your commands. 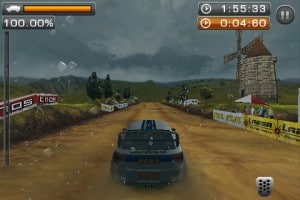 Going off road for a bit, Rally Master pro brings back fun memories of Collin McRally and the original Rally Master back in the day of the Pentium 2. It actually looks better than those games and it’s more fun to play. All the racing game experies that you need, inside your pocket. 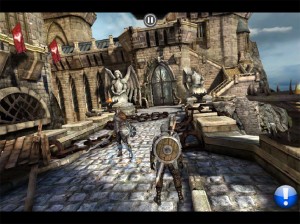 Forget all that you ever knew about mobile games. Infinity Blade reinvented what a mobile game should look like. The ultra realistic graphics and the complexity of the game make it something I have never seen before. No wonder why the game has been presented at the official launch of iPhone 4S. 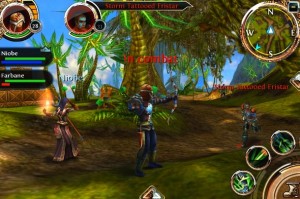 I’ve never thought I’d say this: Mobile MMORPG (Massively Multiplayer Online Role Playing Game). The open world game is pretty awesome with lots of quests and side-quests for everyone to enjoy. I’d like to see if World of Warcraft or Lord of the Rings Online will come for Mobile platform in the future, though. 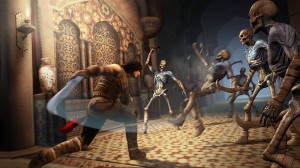 If you ever played Prince of Persia, you have to try this game! It’s absolutely amazing. The levels are done with exceptional details and the gameplay is thrilling. The fighting combos from the PC versions are very well done and combined with stunning graphics, Prince of Persia is one cool RPG game. 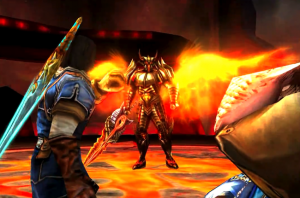 This epic RPG, I dare say, is better than more PC RPG’s today. The story line is captivating, bound by exquisite graphics and options beyond count, Sacred Odyssey looks like it could make you spend some time in front of the phone. 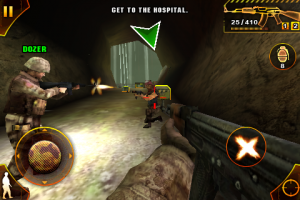 I have to say that Modern Combat is more like Modern Warfare. These games are similar in all the ways: they both look good, the combat is similar and the mission based story is almost identical. The game is for sure a cool Shooter game for iPhone and it deserves some time to play it. 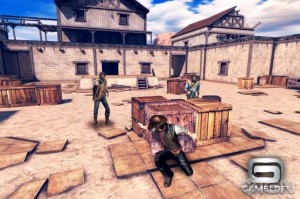 Taking the old west and bringing it to the screen of your phone in a fashion that is thrilling and entertaining. A game that offers players some cool content with the textures and graphics to back them up. 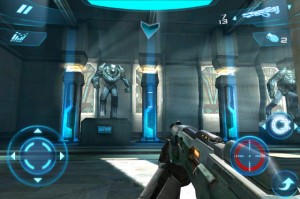 One of the most well known shooter game for the mobile platform, Nova 2 is quite an eye catcher. The characters look awesome and the game play is quite entertaining. The ultimate science-fictions shooter game is back and is ready to take you across the entire galaxy! 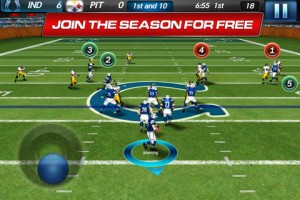 This game is dedicated to the American football fans and to those that want to try a “man’s” game. This simulator keeps you on the edge while playing and it has the effect of bringing out the competitive person in everyone. 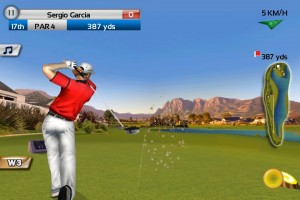 Now, I’m not a big fan of golf, never been and hopefully never will be. I did however test (with some kind of joy i might add) this game and found it to be quite entertaining. It brought memories of my old Sony Ericsson k700i where I had a similar game. Bottom line: if you are bored, this is a way to pass the time. 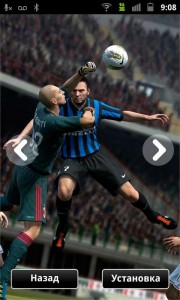 Fans of PC soccer have something to pass the time when not in front of the PC, the FIFA 2012 for Android looks really good and moves are realistic. The dimension of the game gives it a nice feeling. After a few minutes of playing, you almost forget you are playing on a mobile phone. Not as good as PES 2001, though.

Netflix Mobile Games: Best Games and How to Get Them on…
Top 15 Addictive Casual Games For iOS
Top 5 Online Multiplayer Games to Play with Friends in 2022
Best Android Apps and Games: Google Play's Best of 2021
Top 20 iPhone Features You May Not Know About But Should…
iPhone XR and iPhone 11's success has a lesson for Android