Now that winter is almost over, people have started looking for vacation destinations. And in any vacation, there isn’t anything more useful than a map. Luckily for you, your smartphone is the universal all-in-one device and has capability to double as your GPS, map and compass, making it the perfect travelers’ companion. That’s why we’ve piled up a nice collection Android map apps, so that you wouldn’t be lost in you journeys.

Some of these apps offer a few layers over what Google Maps have, but many of them operate on the Google Maps backbone, so, basically, you will see the same map (most of the times), but with a different level of details. On the other hand, some Map apps use topology maps (a.k.a. topo maps), these have great detail and terrain view, excellent for mountain hiking, but also have city and roads layers. 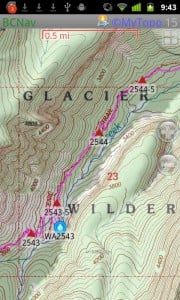 Not the cheapest Map App on the market, but without a doubt, the most detailed outdoor map available. BackCountry Navigator PRO GPS contains high detail maps of outdoor regions, mountain tracks, snowmobile and ATV trails and so on. A great app for hikers and hunters alike. Also, you can set way-points and follow your track via GPS, or the old school compass. The high level of detail of its maps is due to the use of topographic maps and OpenStreetMaps (used in the new iPad, as well) and NASA landsat data worldwide. 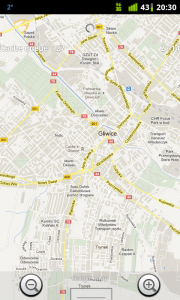 Simple but yet, detailed maps can be viewed on Maps (+) or, the free version Maps (-). This Android map app combines multiple map sources to make a wonderful world-wide map with high accuracy and level of detail. It features a simple interface and the possibility to download your maps to the SD card and use them offline. The GPS has good accuracy and it connects really fast. Maps App for Android is a great alternative to Google Maps. 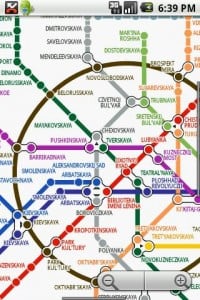 The first step when deciding to visit a new city is to get familiar with it. Getting to know where the best restaurant are, the best coffee shops and tourist attractions. But it’s crucial to know how to get to these places. And here is where aMetro steps in. An app that has all the subway maps in the world. They can be very confusing at start, especially for big cities with lots of lines, but with this app, you can plan your route in advance and not have any problems when you arrive at your destination. Obviously, this Android map app won’t be suitable for hikers or mountain climbers… 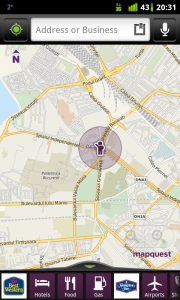 The second Google Maps! Although it looks similar to Google Maps, this one is quite different, offering approximately the same level of details and accuracy. The app’s best feature is the quick loading time, but it also packs quite an impressive suite of features, such as voice navigation, traffic levels or satellite maps, to name just a few. Oh, and did I mention, the app is Free on (it’s Google Play now) ! 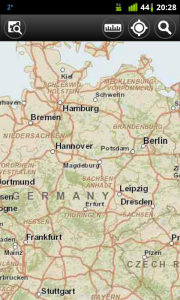 Some of you might have heard of this app, ArcGIS is a specialized software for mapping (kind of like AutoCAD) that helps you to make topological maps. But the app’s map is pretty good. A high detailed, worldwide map that has practically no loading time! You will be surprised by how well this Android map app works and by the accuracy of its maps. 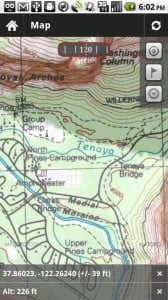 This app is not for the fain-hearted. It features some of the most detailed maps ever, with great topological layers and road layers. The built-in GPS is a great addition and it makes Gaia GPS a great wilderness navigator. The compass and the possibility to map way-points are just a few of its features, and the list goes on. 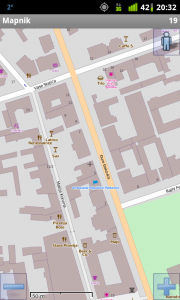 One of the simplest Android Map apps out there, RMaps has been a big surprise. They managed to offer a great Map App for Android. The reviews from its users speak for themselves. This app is awesome: it’s free, it offers highly detailed maps and lots of useful information. The interface is simple and because it can search many useful things on the map fairly quick, I might even say it’s almost better that Google Maps, from this point of view. 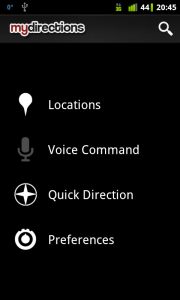 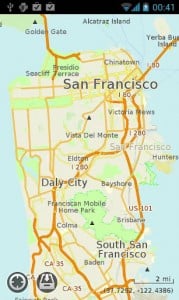 Maps With Me is a familiar name when you think of Maps. They have the fastest loading map I’ve seen so far, and it can access them offline, so you will have no trouble because slow internet connection or lack of a decent Wi-Fi network. It features a highly accurate GPS and compass and add this to its lightning fast maps, and you’ve got a great Android map app!

Was this article helpful?
YesNo
TechPP is supported by our audience. We may earn affiliate commissions from buying links on this site.
Read Next
12 Best Free PDF Readers for Windows and Mac in 2023
#android apps #Best Apps #GPS apps #maps