I have seen dozens of studies about games, about how they mess up kids and destroy their capability to interact with other children. And, of course, the fact that they stay in front of a computer monitor or phone and play for hours and hours, damaging their vision. Now, a new revolution in games is underway: games that promote spending time outdoor and interacting with other children. GPS games for Android are now the new ones that make us go out and play with others. They combine the old school Hide and Seek with the modern age smartphones.

Of course, some of these games can be played on any GPS device, not necessary a smartphone and even on a web-based platform where you log on and input your location. Each of them has its own pros and cons, and they vary from Google Maps apps that give you a destination near you, or world wide hunt to get to the next checkpoint.

Enough chat, let’s get to business: 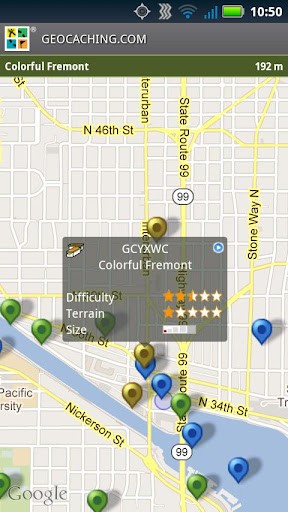 Although not the cheapest app of the list, Geocaching is probably the best known of all, as Groundspeak’s Official Geocaching App. We did write about it in the past, too. This Android GPS game gives you direct access to Geocaching.com’s database of geocaches. A great feature of this game is the compass that points to the next item on your list and the ability to leave notes to other players or read notes to find your items quicker. A great game, but with tiny issues of compatibility that we hope they will resolve in the next versions. 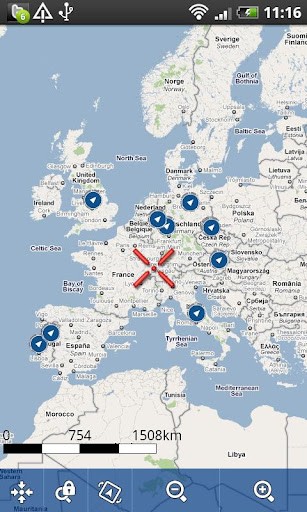 If you are a fan of scavenger hunts, then WhereYouGo will definitely be lots of fun! The game is based on different virtual “gifts” left in different locations by other users. To have access to these, you have to download the map on your PC and then load it into your app. Then it’s just a race to get there before others. The game is lots of fun, the only thing I do not like about this Android GPS game is the fact that you cannot download the list, called “cartridge”. But I hope this setback will be ironed out. After completing your tasks, you have the possibility to leave gifts for others who come after you, and so, the game continues. 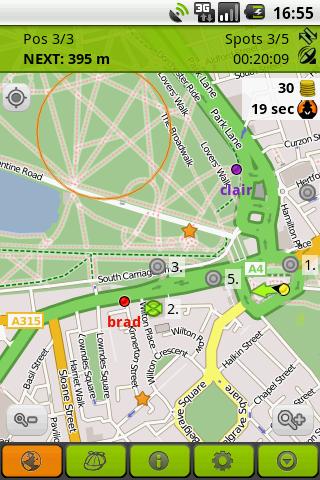 Some of you might be familiar with this Android GPS Game. It was featured on a very popular British TV series and it was nominated for Best Real World Game in 2011 at IMGA. The game is basically a city-wide scavenger hunt game, in which you have to reach different checkpoints. The game is best played in multi-player, and this type of game-play supports up to 40 players. Also, if you buy and register the game, you get access to lots of other features, including customizable games and many more. The UI of the game is quite user friendly, so you and your friends won’t have too much hustle setting up. 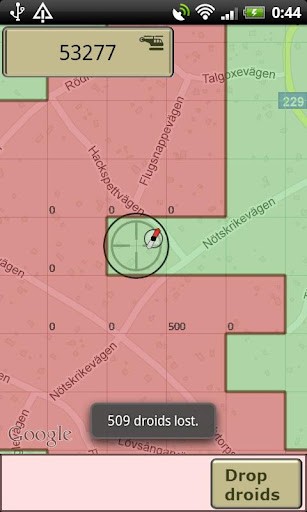 Open your map and start fighting with your friends over your city. Claim your Area is a real strategy game in which you start with your city’s map and you have to fight your way to become the biggest. The map is divided into fields that you need to claim and then protect from other players. To do this, you need drones, and any claimed field gives you resources that you need to gather in order to expand your empire.

You can also connect to your Facebook account and play with your friends. The game is quite challenging because you have to find the perfect ballance between occupied fields and available drones (each field requires 1 drone to be left behind). Reminds me of Sid Mayer’s Civilisation in a way, so get your thinking caps on and start playing. 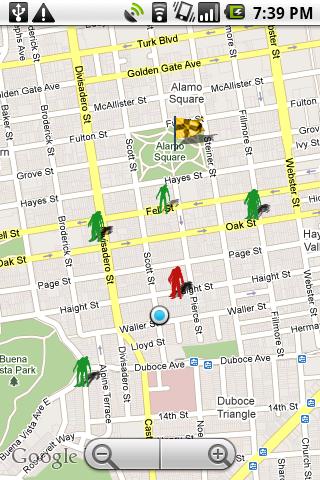 This could very well be my favorite Android GPS game. I played a few times on my way back from school and a few test runs around the city. The game is really simple to set up, just select the difficulty of the game you want. You have 3 difficulties to choose from:

These determine how fast the zombies move on the map. In the other query box, you have to fill in the amount of zombies want, ranging from “Local Infection” to “Full scale Invasion”. Also the latest version has support for multi-player game, although this feature is still in beta. If you are looking for a good Android GPS game, this is my top pick!

I’ve tested a few of these games and I must say, for a not so outdoor person such as me, they are both really fun, challenging and exhausting. After 4 hours of running on the streets, I got home and crashed in bed. So, get some training before starting to play, just some friendly advice. For me, being a couch potato, I’m still sticking with a mouse and keyboard, but for those who like spending time outdoor, GPS games are a great solution for having lots of fun and staying fit.

Was this article helpful?
YesNo
TechPP is supported by our audience. We may earn affiliate commissions from buying links on this site.
Read Next
Best Android Apps and Games: Google Play’s Best of 2021
#Android Games #GPS Games