I love Sci-Fi and Minority Report has been one of my favourite movies since I first saw it as a kid. Based on the book written by Philip K. Dick, Minority Report has turned out to be a hit, created by the magic hand of Steven Spielberg. Now, if you recall, there was a moment in the movie when a vortex cannon was used. Ingenious folks have managed to create similar models, obviously, not that awesome as the movie vortex, but still suprisingly entertaining gadgets. 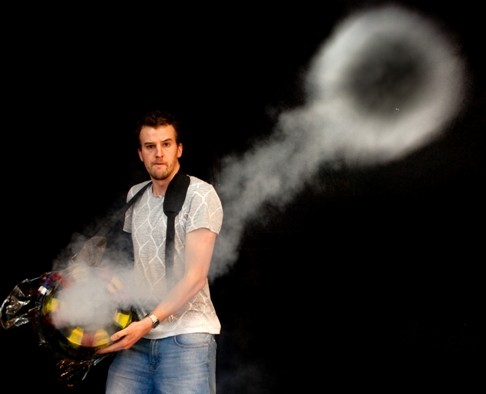 I call it vortex cannon, but you may have heard about it under these names:

I couldn’t let this ingenious invention go away unreported. The latest news in the field of personal use vortex cannons comes from the guys at the british The Science Show. I will agree with you that there aren’t too many practical uses to an air vortex cannon (or none that I can think of right now), but it really looks great when you shoot with air circles! See the video from below and judge by yourself.

How can you create one, at home? The steps you need to take are quite simple:

The opening is circular and much narrower than the big box, so, when you’re hitting the box, it’s the single escape that the smoke has, thu, it creates a small, home-made vortex! As you can see in the video, it can knock-off plastic cups from 10 meters, so, it isn’t that powerful. The single use for this small invention seems to be making pranks. 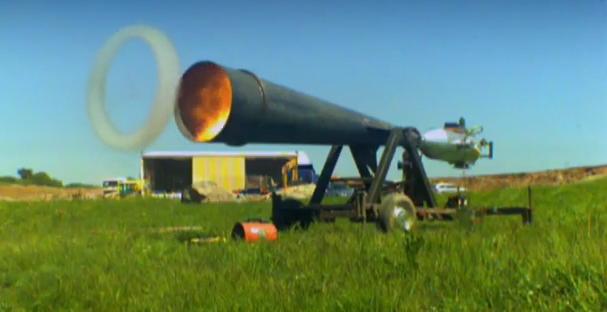 Going by the same principles, another awesome vortex cannon was built 2 years ago and tested during the Bang Show on BBC. You can see that it was used then, also, to destroy a small house of bricks. Nonetheless, it still remains an awesome invention that could be used in the future for other things besides pranks and destruction.

If you’d like to own an air gun that uses the same vortex principle, then I’d suggest the Airzooka air gun which costs only $13. Here are its main features:

I am sure you enjoyed the video with the home-made vortex cannon. If you want to see more, you will find here enough air cannon videos to please your inner geek. I am sure you will find this one especially interesting. If you’re going to play Minority Report with your friends, don’t forget that the vortex cannon can be really dangerous, so play carefully!

Was this article helpful?
YesNo
TechPP is supported by our audience. We may earn affiliate commissions from buying links on this site.
#DIY