How to Navigate in Windows 8: Touch or Mouse Gestures

Windows 8 brings a lot of changes and improvements, especially seen in the brand new user interface. Metro, as it was called in the past, the Windows 8 UI has re-branded Microsoft’s desktop environment with a hybrid between touch, and mouse gestures, both usable to get around the system. To straighten things up, today we are going to present a quick but compelling Windows 8 navigation guide, to help users stroll through Windows 8 like they have done it for years.

Although Windows 8 has started quite a quarrel amongst conservative users and new adapters, it’s worth noting that the former Metro interface can be used with ease, or skipped with elegance by all those who install the future operating system. But before relying on the opinion of others, let’s take a look on how navigation is done in Windows 8. 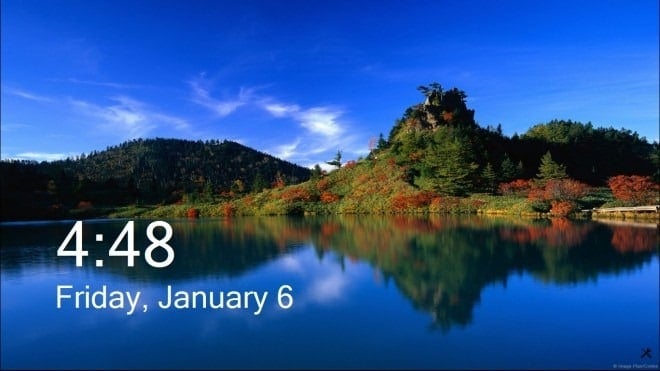 As you certainly know until the moment, navigating through Windows 8 will be mostly as the same as in the present version – except for some places. For example, the first tricky spot is the welcoming screen, by which you can pass either with double-clicking on the lock screen, either by clicking and dragging the picture upward or using touch for the exact same gesture. Each of these will warp the user into the login area, where a Microsoft Account will be requested. Passing this final gate will take you into the former Metro interface.

The new Windows 8 user interface is mostly composed out of titles, a special set of icons which adopt a matching color and in some cases, can lively broadcast information related to the content of the app itself. Although the first is presented with a wide collection of tiles, this may not be the entire lot. To reach the second, and maybe third selection of tiles, you can swipe your fingers to the left or to the right, or simply hover the mouse cursor over a tile and a scroll bar will appear at the bottom of the screen. As a trick, users won’t have to even use this bar to navigate through the whole interface. Instead, placing the cursor at the middle of the left or right edge of the display will automatically do the job. 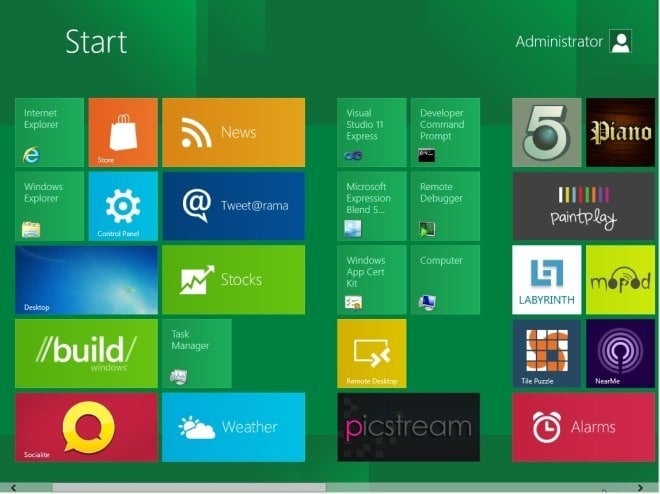 Another interesting feature added to the former Metro screen is the Semantic Zoom, which allows touch users to zoom in and out of the interface, by pinching the screen with two fingers. The same can be accomplished with a mouse and keyboard by placing the cursor in the bottom right corner of the screen, and a tiny magnifying glass will appear. By clicking this magnifier, the feature will be initiated, and performing the gesture once more will disable zoom. Also, using the CTRL key and the mouse wheel will do the same trick. 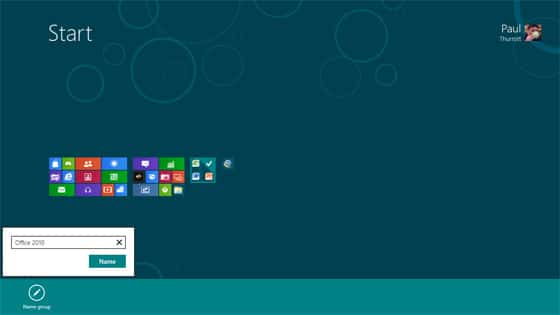 The Charms Bar is also hidden within the right corner of the screen, but to activate it users simply have to hover above the corner, without actually clicking it (or swipe from the right side). This bar contains a set of system commands, such as Settings, Search, Devices and other useful links, especially ones for sharing content. 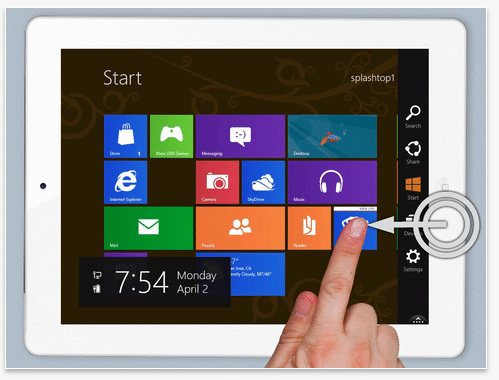 The first thing you need to know about applications in Windows 8 is that they are exactly as in Windows 7, the wide majority of them. A special category, which are touch optimized, come with tiles and may be viewed on the whole screen, are an expectation of this rule. To elegantly navigate through Windows 8 the first thing that needs to be known is how to switch tasks. To accomplish this achievement, users can move the mouse pointer into the bottom left corner of the screen and a thumbnail of the whole Windows 8 UI will appear. Clicking it will bring the user to the Start screen, from which you can get back following the same procedure. Basically, this warps the user between the former Metro, and the plain Desktop. 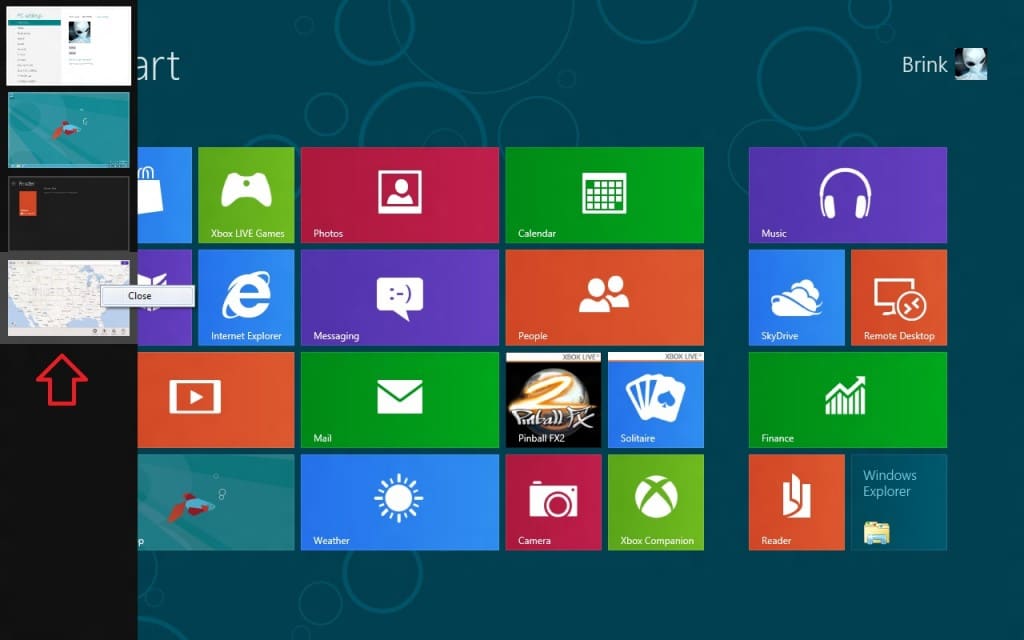 To actually switch between two opened apps, move the cursor to the top left corner and a thumbnail of the next running app will appear – click it to switch or do the same gestures, using touch. Also, by dragging the desired thumbnail app to the middle of the screen using touch or the mouse pointer, the application will enlarge and become the primary task. Another trick is to slide the pointer across the left margin of the screen after Windows 8 displays the first thumbnail, and a list of all running programs will appear.

To close applications, simply right click on the thumbnail list obtained through the above method and then click the Close button. Another method is to simply drag the thumbnail from the top-left corner into the bottom of the screen and this will make it disappear completely. This method also works for applications which are currently in the front plane, by placing the cursor to the top of the screen and when it turns into a hand, drag the windows to the bottom. 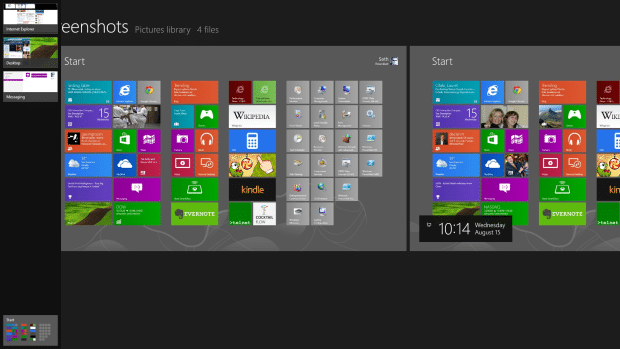 Moreover, to show a list of the recently opened apps, all you have to do is swipe in from the left edge and back to the left. To use two different apps in a side-by-side view, similar to the Aero Snap feature found in Windows 7, the user will have to swipe the application in from the left edge and hold the position until it snaps. The two programs will be separated by a divider bar, which can be dragged to customize the size of these two apps.

Windows 8 also comes with an app customization menu, called the App bar, which can be activated by pressing the Windows + Z keys while running the app. A set of handy options will be displayed, all depending on the software itself. This bar can also be activated by right-clicking an empty place on the ex-Metro screen or, by swiping in from the top or bottom edge.

In the classic desktop environment used by Windows 8, the navigation is done just like in the previous versions, except for some elements. For instance, by right-clicking in the place where the former Start button was, the Windows Tools menu as we like to call it, will appear. This can also be activated by pressing the Win+X keys, and besides displaying a wide range of configuration tools, it can also be customized to your own taste. 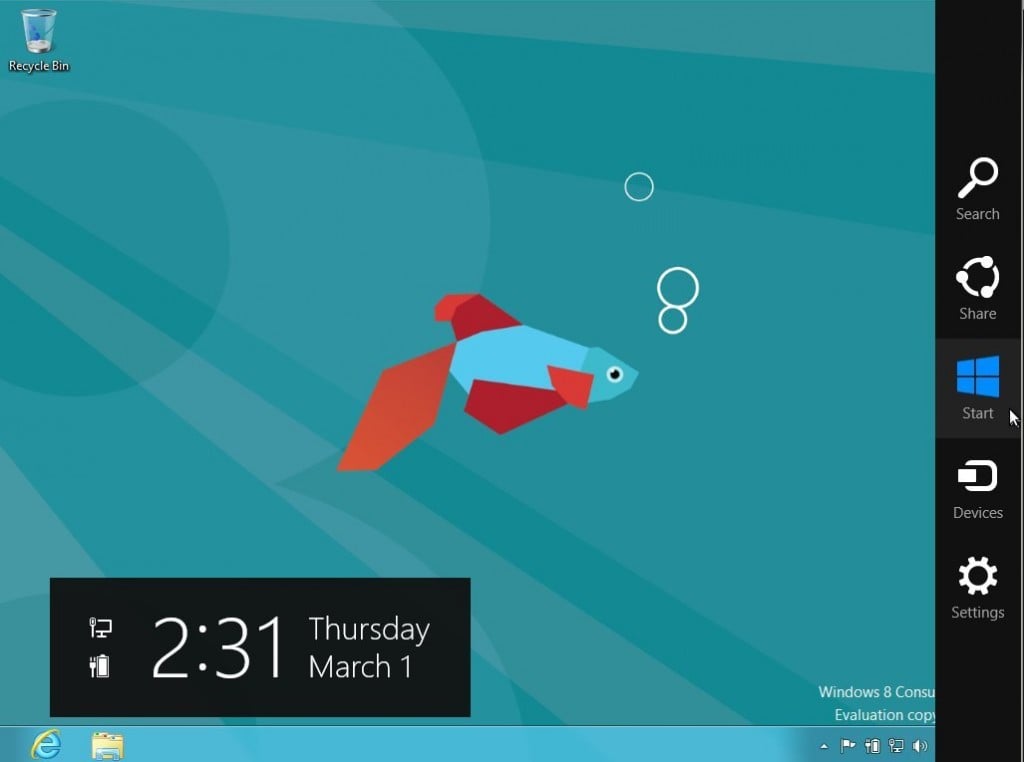 The lower left corner is also a translation place between the casual Windows 8 desktop and the Start screen, the one optimized for touch. To warp between the two, simply hover the corner and when a thumbnail appears, click it. This trick also works if the user is currently into an application, and not actually at the desktop screen.

The Windows Charms Bar can also be activated in the desktop mode, by hitting the upper or lower right corner. The same list of links will be present, but neither will be activated until the user hovers over one of the Charms – just in case the bar was triggered by accident. You can differentiate active Charms from passive one by the black background.

Everything else is pretty standard in this environment, with a few new elements introduced but ones that users natively know how to react to. To help ease things up, here is a list of the most used Windows 8 keyboard shortcuts.

#how to guide #windows 8

How to Set up Your Mouse on the iPad [iOS 13.4+]
How to Use Universal Control to Share a Keyboard and Mouse…
Best Gaming Mouse of [2022]: Top Wireless, Wired, and RGB…
How to Control Your Apple Watch With Gestures
Handy Mac Trackpad Gestures to Shoot Up Your Productivity
iPhone 12 mini Touch Sensitivity Issues Fixed with iOS…