For me and for the broad audience, Microsoft is a software company. And I think it’s fair to say that besides a few hardware products, they don’t have too much experience in this field. Albeit this sounds amateur-ish, I think that in hardware, in touch-and-feel products, Microsoft’s experience is somewhat similar to Google. Actually, Microsoft should be considered as being superior to Google, because they don’t have partners, as Google does in many cases. 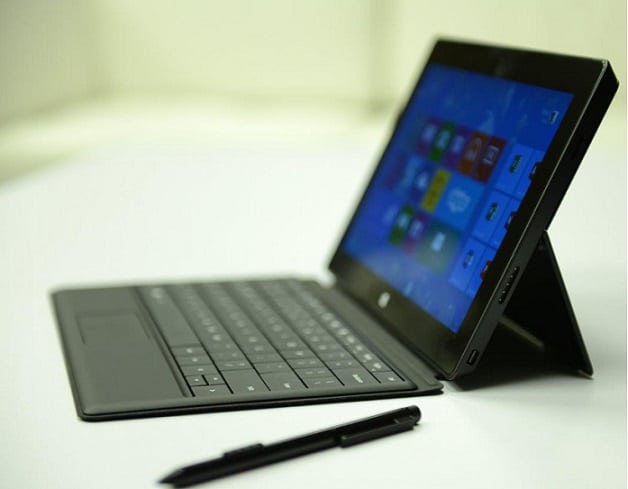 Don’t compare it to the iPad, they say, because it’s not really a tablet. It’s a proud example of the next PC era. So, ladies and gentlemen, you should compare the Surface Pro to laptops, tablets or other Windows 8 hybrids, but not to tablets, this is a product from another class. Let’s see what reviewers think of it.

The device has a single USB port and for some this could be a drawback (we’re used to have at least 2 on our laptops). Also, it doesn’t have a full-sized SD card reader which, as Tim rightfully observes, might be necessary for those looking to fill the tablet with music, movies and photos. David Pierce with The Verge says that Surface Pro’s design is somewhat suitable for business purposes. 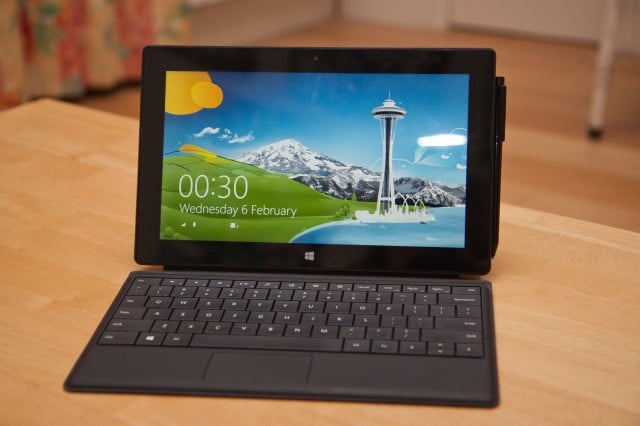 The VaporMg material gives it a thin feeling but in the same time is able to make it compact and sturdy. David notices an element in the Surface Pro that’s clearly created without ergonomics in mind:

The strange power cord is on the right side — it feels like a cheap knockoff of Apple’s MagSafe adapter, a magnetic connector that’s really hard and awkward to attach because it’s set at such a weird angle

The fact that this device is heavy and big makes it hard to be defined as a tablet. Walt Mossberg with AllThingsD puts hits the nail on the head: a hefty tablet that’s a lightweight laptop. Speaking of storage, this just stroke me know – isn’t the 128 GB iPad a rival meant for the Surface Pro? While you figure that out, let’s have a look at the basic specifications of the Microsoft Surface Pro:

What you SHOULD know is that the storage on the Surface Pro isn’t entirely yours to have. And I’m saying this being outraged. You’ll pay $900 for the 64 GB Microsoft Surface Pro and what will you get? 23GB instead of 64 – yes, this means 41 GB being occupied by Windows 8 and other applications. If you buy the 128GB version, you will get 83GB, which means you’ll lose 45 GB. I don’t know how you feel about this, but I personally think this will cast out a lot of potential buyers. 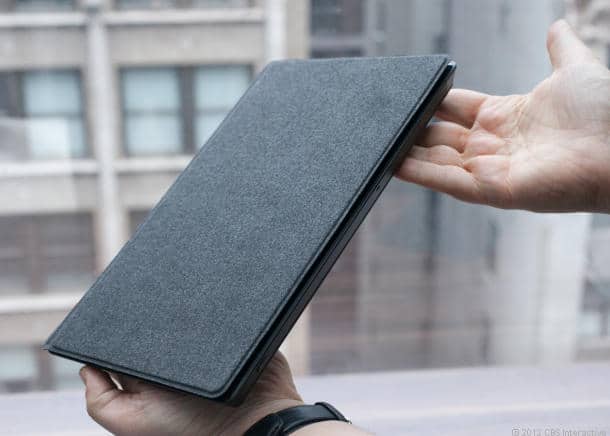 When you compare the Surface Pro with some ultrabooks, it actually feels light. Anand Lal Shimpi with AnandTech observes:

Shift the comparison to Ultrabooks, however, and all of the sudden, Surface Pro seems quite light. It’s lighter than an 11-inch MacBook Air and Acer’s 11.6-inch Aspire S7. It’s still lighter than those two if you take into account the weight of an optional keyboard cover.

Anand goes on to praise the build quality in the Microsoft Surface Pro which puts under highlight, once more, the VaporMg material. Unlike me, he thinks that Microsoft managed really well to perform the transition from a software company to software & hardware one – Say what you will about Microsoft entering the PC hardware business, but as of today Microsoft builds the best Windows RT and Windows 8 hardware on the market.

David also highlights two very important things found in the Surface Pro. First one is the appearance of the pen, so those of you who want more productivity can use the stylus for drawing, note taking and whatnot. The second one is the fact that there is a USB port on the charging brick which allows for simultaneous charging of the Surface and your phone – through the same outlet.

Scott Stein with Cnet thinks the 10.6 inch display is a bit small for a Windows 8 tablet, but despite the feeling that the low pixel-per-inch  density might harm its aspect, it manages to have a crisp and bright display. An interesting thing that you can do with the Surface Pro is to add an external display to it – that’s where the mini DisplayPort comes in. And there is something nice about this – it allows for a maximum resolution of 2,560 x 1,440-pixels. But, then again, it beats the purpose, right?

Tim, on the other hand, has a suggestion that many will agree with:

The OS desperately needs a way to quickly toggle between finger-friendly and native scaling of apps.

As weird as it might some for some of us, but yes, there are cameras on tablet and yes, you can take pictures with them even if you’ll look at least awkward while doing so. Personally, I avoid taking pictures with my tablet. But those of you that ignore this should know that the Surface Pro has two cameras, both able of recording 720p videos. David discovers that the wide angle of the front camera makes it perfect for video chats. 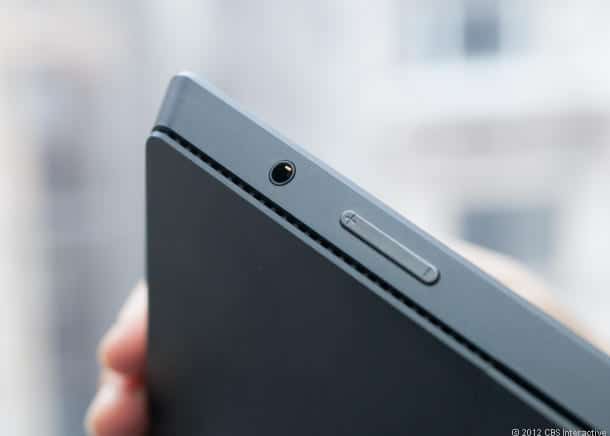 Once more, if you compare Surface Pro’s display capabilities with those of a laptop, you are surpised because it fares much better tha most of them. David says the following – The 10.6-inch, 1920 x 1080 panel on the Pro is gorgeous, maybe the best laptop screen I’ve ever seen. Blacks are deep and whites are bright.

Most of the reviewers found the speakers to perform just OK, and some of them suggested that adding speakers is a must for those who want to listen music in their entire home. So, once more, a feature in the Surface Pro is similar to tablets when you’d expect it to perform like laptops. And probably this is the biggest problem – people don’t know exactly what they’re getting. If this is a tablet, why doesn’t it weigh and have the battery like one? People need time to digest the hybrid concept. 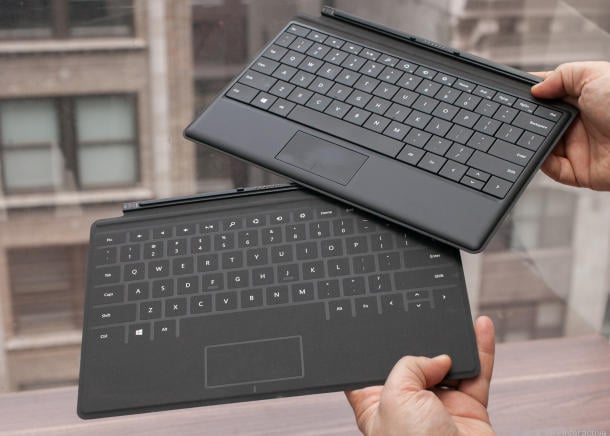 And about those cameras – yes, they are poor and perform awful, for those willing to consider taking pictures. They are there just to be there, not because Microsoft wanted you to take pictures with its bulky tablet-laptop hybrid, with incredibly low storage. The pictures that you get are full of noise and the sensor is terrible. Photos and videos taken with the Surface Pro remind me of some of my first Nokia phones – archaic performance.

Performance is great and battery is poor. You only need to know this from this paragraph. If you want to know how great and how poor, read on. Let’s start with one of the worst results, from the lips of Walt Mossberg: 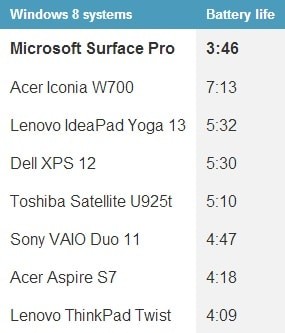 In battery tests, it lasted under four hours – less than half the stamina of the iPad and three hours less than Surface RT

Not quite cheerful, isn’t it? Tim had an even worse result – 3 hours and 46 minutes. Let’s remind you that it has a 42.5Wh battery which means it’s by 1/3 larger than the 31.5Wh battery in the Surface RT. Tim recalls that the RT version managed to score 9 hours and 36 minutes, which means it had more than twice the battery life. No comment, really. It’s also awful when compared to similar Windows 8 devices.

Anand tries to wash away a little from Microsoft’s blame by saying that Ivy Bridge processors weren’t optimised to save power. Or, maybe Microsoft doesn’t have the hardware experience to provide pleasing battery life and impressive performance? But he did managed to obtain around 5-6 hours of battery life, but that in light usage. Another important aspect to take into consideration is the charging time – Anand fully charged the Surface Pro from 0% to 100% in 2.7 hours. 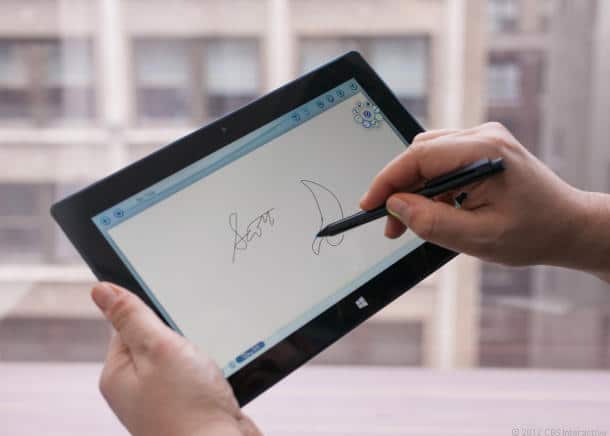 That’s about an hour below what I’d consider acceptable battery life for an ultrabook, and it’s less than half of what I’d expect from a tablet

So, if you’re looking to take the Surface Pro with you on a trip where you’re likely not to get enough time to charge it, then you should look at the Surface RT, IF you want to buy something from Microsoft, that is. Also, don’t forget that the Type Cover has some extra juice in it. Still, not even Scott didn’t manage to get more than 4.5 hours from it. Kyle Wagner from Gizmodo even claims that the Surface Pro once lasted for only 2 hours and 24 minutes. What a shame, really.

But the processing power is there and maybe it’s one of the culprits for the bad battery life. Scott is impressed:

The great part of having a tablet with a Core i5 processor and 4GB of RAM is that it’s every bit as powerful as a regular ultrabook. On our benchmark tests, it more than held its own, and even matched some Core i7 ultrabooks. The integrated Intel HD 4000 graphics are good enough to run some games on Steam with settings dialed down a bit. They match what’s on any current ultrabook without discrete Nvidia or AMD graphics.

Tim noted that a cold boot of the Surface Pro only took 8 seconds or less which we all know is impressive when compared to laptops and ultrabooks. Apps open up blazingly fast, all thanks to the speedy innards. What some of the reviewers noticed was the high-pitched noise that appears when you “push it too far” with its resources. This should probably be a reminder that it’s not a tablet that you’re holding. 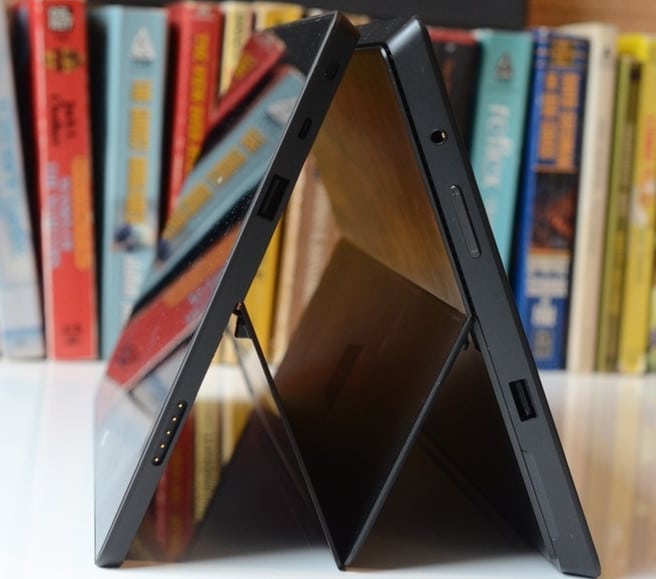 To put it short – the Microsoft Surface Pro performs as well as a laptop/ultrabook from its category would, but it can’t even be compared to tablets when it comes to battery. If this is, indeed, the fault of the processors, let’s hope that the next generation, Haswell, should help Microsoft out. With a good battery life, it might become actually attractive.

I wish I could say only this – “don’t buy it”. Not because the device is that bad, not because I hate Microsoft, but just to make them come up with an amazing Surface 2. But I won’t say that. The Surface Pro has its ups and downs, even if the downs are very annoying. Let’s resume and you be the judges.

What the reviewers liked

Was this article helpful?
YesNo
TechPP is supported by our audience. We may earn affiliate commissions from buying links on this site.
Read Next
How to Request Read Receipts in Microsoft Outlook
#microsoft #Surface Pro