Move over, Lumia 920, a new flagship Windows Phone 8 smartphone is outside the Nokia yard and looking to bully well-established names on the market. And boy, does it look great! Nokia is definitely trying to win back the love of people and its recent and future announcements are the best proof to that. Just yesterday did Nokia announce the Asha 501, which is a sub-$100 smartphone with interesting feature, launched with an aim at emerging markets where it will have to face many Android competitors.

Next week, on May 14, Nokia is also holding a pretty important event in London where the company is also expected to make some announcements. Stephen Elop did mention that the Asha 501 was only the beginning of its series, but the Lumia 928 is definitely the flagship; so what is there left for the event – the “middle class” phones? Until then, let’s see what exactly is so great about the Lumia 928. 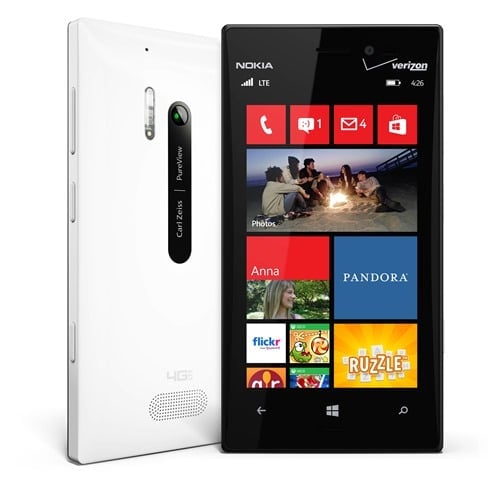 Nokia launches the capable Lumia 928 into a feroce battle

There was no event whatsoever, which leaves us wondering whether the Lumia 928 might be the main focus at the London presentation. The announcement was made on Nokia Conversations’ webpage, saying that the smartphone will be available exclusively for Verizon Wireless. Is that exclusively for the U.S or for the entire world? Because, honestly, such a gem should be made available for as much consumers as possible.

Dubbed by Nokia’s team as “the world’s most innovative smartphone“, the Lumia 928 indeed has some things to boast. And I think that many will agree that the design is absolutely stunning. I have always found the general design line of the Lumia family to be the product of a very well thought-out plan, even if the Lumia 920, for example, might seem like a monster truck. But you just need to look for a few seconds at the pictures and videos of the Lumia 928 to be impressed.

Lumia 928 comes with a polycarbonate body, white or black on the back and glass (Gorilla Glass) from edge to edge on the front. You can still read and watch videos under bright sunlight and even if your fingertips are covered, the touchscreen will keep on working, Nokia assures. Surprisingly, Nokia and Verizon didn’t say yet anything about other colors, but knowing how this has been another selling point for the Lumia line, it’s expected to come in more colors. The Lumia 928 comes with a generous, 4.5 inch PureView AMOLED display and a 8.7 MP camera with Carl Zeiss optics, that is capable of shooting full 1080p HD video. Nokia is putting a big emphasis on the camera capabilities of its premium devices and rightfully so.

The smartphone is powered by a 1.5GHz dual-core Snapdragon S4 processor and 1 GB of RAM which should cope with the tasks. A 2,000 mAh battery is what should be standard for what the phone houses inside. 32 GB of storage should be enough for all those wonderful pictures you’ll be taking. There are also 7 free GB of SkyDrive storage that will seem come in quite handy when you’ll deplete your phone’s storage. This is an LTE-able device and also supports NFC.

The Finnish company isn’t stopping and always improving and enhancing further more this chapter. The Lumia 928 has Optical Image Stabilization (OIS), which allows for taking of blur-free pictures and videos, and even in low-light. And to help even more fight the dark and low-light situation, they have added a Xenon flash which is going to be very useful. If we want great pictures, then we want great videos, as well; and great videos require not only great video quality but also clear and precise sound. You’ll be able to record sound as loud as up to 140db.

Perhaps that’s why we can found 3 “high-audio-amplitude-capture” microphones inside the Lumia 928, which, as Nokia promises, will help users get distortion-free audio. And the audio goodies don’t stop here. Nokia claims that the Lumia 928 currently has one of the most advanced loudspeakers found in smartphones,with audio levels to 1 to 2 decibels. And yes, that’s loud! Matt Rothschild, vice president at Nokia North America:

Whether you’re attending a party, a concert or a sporting event with friends, the Nokia Lumia 928 excels at capturing high-quality video, audio and blur-free photos of life’s most share-worthy moments. Verizon Wireless customers, we heard you and the wait is over – we’re excited to offer a Nokia flagship smartphone, specially designed and optimized for the nation’s largest 4G LTE network.

It’s also interesting to note how Nokia is trying to push forward its own software and apps for consumers, instead of choosing just what Windows Phone has to offer. Somehow, this is similar to what Samsung is doing on Android. Smart Shoot, Cinemagraph and Panorama features, HERE Maps, Nokia Music, HERE Drive+ and HERE City Lens will make their way on the Lumia 928. And yes, it charges wirelessly, so you can use it with toy-ish looking Nokia Wireless Charging Pillows by Fatboy and the JBL PlayUp speakers.

Noki Lumia 928 becomes available next Thursday for $99.99 at Verizon Wireless ( $50 mail-in rebate and 2-year contract). If you’re looking to get some free apps and you have fallen in love at the first sight with this smartphone, then for a limited time you can get $25 to spend in the Windows Phone store. Now, let’s sum up what are Nokia Lumia 928’s main features and specifications.

Was this article helpful?
YesNo
TechPP is supported by our audience. We may earn affiliate commissions from buying links on this site.
Read Next
Nokia Power Earbuds Lite Review: Connecting through Clear Audio against Tough...
#nokia #Nokia Lumia